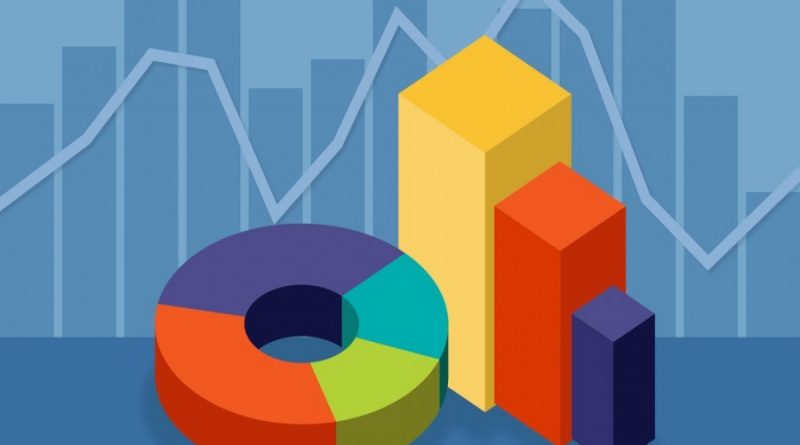 The following article appeared on indiaspend.com on October 20, 2020

In constant US dollars at purchasing power parity (the rate at which different currencies can be compared), India will still have a greater per capita income ($5,945) than Bangladesh ($4,861), and both economies have been impacted by Covid-19.

But the impact on India has been far greater than on Bangladesh. We spoke to Ahsan H Mansur, chairperson of BRAC bank, which funds small and medium enterprises in Bangladesh, to understand what helped Bangladesh maintain a positive economic growth rate when compared to other economies, not just India.

Mansur has previously worked with the International Monetary Fund as the division chief of the Middle East and is the founder of the Policy Research Institute of Bangladesh.

What has sustained Bangladesh’s economy in the last year and through the pandemic, given that the numbers seem to suggest that the economy will continue to expand, whereas, in most parts of the world, economies are contracting?

I think Bangladesh has been doing remarkably steadily and quite well in terms of macroeconomic performance. It did not have any balance of payment shocks in the last 20-30 years.

Macroeconomic stability has been one of its founding cornerstones and that has helped the growth process to be sustained, and it also maintains exchange rate stability related to the Indian currency. That is why, in dollar terms, there is an acceleration of growth in Bangladesh compared with India, because of the change of stability factor, which is underpinned by its solid macro foundation. Bangladesh’s macroeconomic performance is also a reflection of its very prudent fiscal management.

It is also underpinned by good solid external sector developments like exports, which have historically done very well. [Exports have had] double-digit growth, on average, for the last 30 years. Remittances [from abroad] have done very well and have also worked as a countercyclical factor. Even during this pandemic, the remittance is at an all-time high. And not only simply high, it is about 20% more compared with last year, same time. So it is acting as very much of a solid shock absorber for our economic system and for the rural economy.

These factors add up. And the result is that although Bangladesh has not done too well in terms of economic reforms in the fundamental sense, which we always complain about, its export performance, remittance performance and the resilience of the private sector in the domestic economy has made growth very much an impressive outcome.

And it is not a phenomenon of this year or last year. This year, we have done much worse than any of the recent years, but that is because of Covid. Thankfully, we are not in negative territory, as projected by the World Bank, IMF and any other organisation. So in that sense, there is some degree of comfort, but it [growth of GDP] is not as good as one would have expected without the Covid-19 situation, which was in the range of 7-8%.

I have seen two different figures from the World Bank and the IMF. Are both these estimates the same or different? What is the consensus GDP estimate for 2021?

The government is gung-ho and very much on the unrealistic side. They are still saying that the country may be growing at 7-8% and that I do not believe. Our fiscal year runs from July to June.

In that sense, we just finished fiscal year 2019-20. And we are in the first quarter of the fiscal year 2020-21. And in the 2020-21 fiscal year, the government is very much bullish. We probably will end up getting what the IMF is projecting [4.4% GDP growth rate]. The World Bank is projecting less.

How has the pandemic affected exports, particularly in the last six months? Is there a reduction or contraction, and what does it tell you about how global demand is right now working to your advantage?

The initial shock was very severe, because of the lockdown, like in any other country. The lockdown started in late March and the April [exports] figure was very bad and the May figure was also extremely bad. But then the recovery started.

By July and August, the export level was more than the corresponding period in 2019. In that sense, the recovery is quite strong. But if you look at the whole period, from April to August, then of course, we are still about 80% of the corresponding six-month period of last year. It is an impressive recovery, I would say.

We have seen demand contraction for instance, in garment exports, which is a strength for Bangladesh, from most buyers in Europe and North America, including stores and chains of stores, which were shut for many months. So, how is it that you are still seeing demand growth? Is it because you are pulling manufacturing capacity from somewhere else? Or is it some other tariff-related reason?

Well, we have preferential access to the European Union market and that is still there – and that was there all along. So, that is not a changed factor. As I said, overall, in six months, we are still probably down by about 20% or so.

But we are not as much down, like India or China, in the RMG [ready-made garment] sector in the US market, for example. In the European market, we are probably the least contracted for the six-month period. For the last two to three months, we are very much at the normal level.

Some of the orders which were postponed or cancelled have come back again. And the factories are working. Some factories are hiring not only the old staff, but they are hiring new staff. So there is some good news in certain factories. But it is not uniform that everybody has reached 100% levels. I would think, on average, they’re operating at 80%-85%.

What is the elasticity (effect of the growth or contraction in garments exports on GDP), if one may call it that, of garment exports to overall GDP?

I would say that garment is the single-largest important export factor accounting for more than 80% of our exports, but it is still about 15-16% of our GDP. So to that extent, it plays an important role in the manufacturing sector and it is the largest component in the manufacturing sector of the country. It has a very important role for secondary impact on the economy through worker salaries etc. And the government also played a very proactive role.

They helped the garment industry pay their workers even when they were out of work, by giving them cheap credit of 8,000 crore [Bangladeshi taka] only for garment workers, to be paid directly to their bank account or cash account. That was a supportive measure on the part of the government.

If you are saying that the economy is going to expand for this fiscal year, the garment sector is obviously going to play a significant role. But are there other parts of the economy that are also growing net positive? Are there other sectors dragging it down?

Those sectors are down across the world, and they are also down in Bangladesh. But still, our restaurants are doing very brisk business now and people are going. So there is a lot less fear factor than in many other countries. We have Covid-19.

The intensity is probably underestimated by the government. But nevertheless, I think the severity of the disease, or the impact of the disease and death rate is quite minimal. And that is why people are not too concerned about the disease factor other than people like us, who are older. [Bangladesh has 388,569 confirmed Covid-19 cases, 5,660 deaths.]

You mentioned remittances going up 20%. That is a very interesting figure. In India, for instance, remittances are expected to be down – and are down. For instance, workers in the Middle East [West Asia] have seen a dip in their income. So how is it that in Bangladesh, the trend is a little different?

This was a puzzle for us also and still remains unexplained. All we can say is hypothesise on what could be the possible factors. One factor we think is that some people are coming back from the Gulf and they may be bringing their own savings along with their departures. So that is not very good news, that is not a sustainable thing, which will impact us down the line.

The second factor, which may also be very important, is that a lot of people who are staying outside Bangladesh – not impacted by Covid or by the job cuts in Europe, America and also partly in the Gulf – are sending more money to their relatives to support those who have lost their jobs or have been impacted by the flood. So, the amount of inflow to their kin has increased quite significantly.

The third factor possibly is that there is some portfolio shift as well; some people who are working or living in the US, North America, Europe and also in the Middle East [West Asia] may be shifting a part of their savings because the return on their financial savings is marginal and nothing in those countries. Bangladesh still has a good rate of return on savings instruments of various types.

Another factor is that the electronic transfer mechanism through Bkash and other arrangements, such as mobile financial system networks, is working quite well and increasing very rapidly. So some money may be moving away from hundi [informal money transfer] and coming to the formal channel. These are our explanations but this is a hypothesis.

As we look ahead, what is the one challenge and the one opportunity you see for Bangladesh’s economy?

There are opportunities as well in the middle of this [Covid-19]. I think our garment sector is very resilient, and they need to transform themselves. If they can do it successfully, the sector has the potential to prosper.

The second opportunity is that companies are moving away from China, and if you can get part of it –India is also in that game [as is] Indonesia. Vietnam is a big winner of that, of course. If you can attract some of those things, that would be a good opportunity to bring and diversify the economy as well. And I think finally, we need a lot of efforts to improve on the [World Bank’s] “doing business” indicator and on infrastructure development.

If this happens, including the Special Economic Zones etc, we may be able to turn around on the FDI [foreign direct investment] front, which was not very bright for Bangladesh until now.

The challenge is that the world is not doing well, we cannot do well. We will be impacted by global developments – we cannot do anything about it. We have to live with it. But within that, we have to operate. So that is the biggest challenge. And secondly, we have to also manage Covid-19 better, particularly preparing for future vaccination programmes. That is an area that concerns me. I would like to see the government much more prepared than what I am hearing so far. 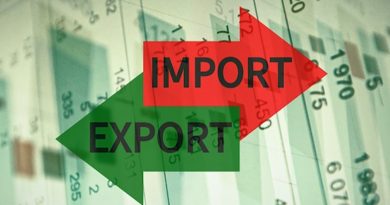 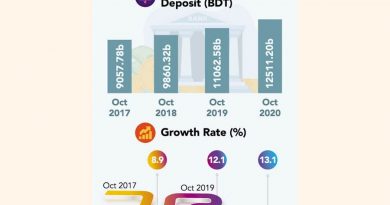