The customs authority has locked Business Identification Numbers (BINs) of 750 apparel units for their failure to submit export-import documents for auditing.

As per the customs rules, exporters cannot carry out the export-import activities without BINs.

In a recent survey, the customs bond commissionerate, Dhaka found that some exporters were not complying with the legal provisions of auditing during the last three years.

Without export-import details, the bond commissionerate is unable to conduct an audit of the exporting companies.

Through the audit, the customs can detect abuse of the duty-free facility by matching the volume of imported raw materials with the number of exports of a particular company.

As per the customs law, businesses having bonded warehouse licences are supposed to place the export-import details to the customs bond authority once a year.

According to the official data, there are some 6,684 bond licence holders who are allowed to import raw materials under the duty-free facility for exporting finished products.

Of the licence holders, some 3,014 are now active while the rest are either non-existent or the customs locked their BINs for some irregularities.

In the recent field survey, the bond commissionerate has also found that some 172 exporters having licences do not exist in their said location.

The wing has also locked their BINs and started taking legal proceedings against the companies.

As per the law, he said, they have to submit export-import details annually to the customs authority for auditing.

“We have found the companies have not submitted the documents for audit work during the last three years.”

He, however, said they have unlocked some 60 BINs for one month on a temporary basis though many exporters are facing problem to continue their export.

Mohammad Hatem, first vice-president of Bangladesh Knitwear Manufacturers and Exporters Association (BKMEA), said such non-compliance happens due to a loophole in the rules of the Bangladesh Bank (BB) in the matters of the opening of letters of credit.

Some apparel exporters that use locally available raw materials were forced to obtain bonded warehouse licences for opening back-to-back L/Cs as per Bangladesh Bank rules, he added.

Those exporters do not use the bond licences, he said dismissing the claim made by the bond commissionerate.

Exporters try to avoid visiting the bond commissionerate to stay away from unusual hassle, he noted.

Industry insiders said exporters have to bribe the bond staffers to obtain any type of services including auditing.

Under the bond commissionerate, some 3,670 exporting entities remained closed for years despite having licences. Their bond licences were also suspended by the wing.

Officials said the commissionerate has already taken a move to finally cancel the licences of some 3,670 exporting companies through proper scrutiny.

They said the garment accessories sector needs to obtain import entitlements from the bond commissionerate in a year so that they do not have any scope to escape audit.

The apparel sector can escape the audit as they do not require obtaining annual import entitlements.

Yearly entitlement is allowed based on the production capacity of capital machinery and previous year’s performance (i.e. export and use of raw materials) of the bonder.

Readymade garment exporters can import inputs/raw materials and related items based on the requirement of Utilization Declaration (UD) and Master LCs. Entitlement of raw materials is determined using the input-output coefficient. 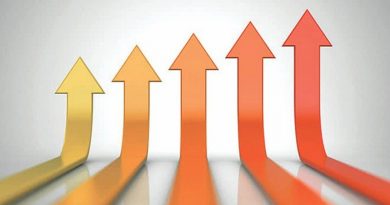