Small and medium enterprises in Bangladesh have seen a 105.7 percent growth in employment generation until 2019, with women-owned businesses, in particular, creating a significant number of jobs in the country before the coronavirus pandemic struck, a new study has found.

The findings of the study, commissioned by IDLC Finance Ltd in collaboration with the Policy Research Institute, were revealed at a virtual media briefing on Tuesday, reports bdnews24.com.

The research assessed 782 IDLC SME clients across the country and covered information from their founding to 2019. The services sector accounted for the largest employment growth at 174.2 percent followed by the manufacturing sector at 131 percent, according to the study.

Senior economist and member of PRI Dr Bazlul Haque Khondker presented the findings supported by his analysis at the briefing. He was joined by Dr Ahsan H Mansur, executive director of PRI, and Arif Khan, CEO and MD of IDLC Finance.

The objective of the study was to assess the employment impacts of IDLC loans on SMEs in light of several factors: the gender of entrepreneurs, types of enterprises, major job categories, loan sizes and the locations or regions of operations.

Notably, the employment rate in enterprises established between 2016 and 2019 was 75.2 percent, equating to an annual employment growth rate of about 50 percent on average over that period. The findings indicate that more recent firms have been expanding more in terms of employment generation.

IDLC-assisted SMEs saw an over 100 percent growth in employment generation from inception until 2019.

Meanwhile, job creation in women-owned enterprises was significantly higher in the same period, standing 40.5 percentage points above the overall average increase in employment compared to the other businesses that were scrutinized.

A comparison between men and women-owned enterprises found the employment growth in the latter was 45.7 percentage points above the growth rate recorded in male-owned businesses.

Meanwhile, the analyses on regional variations showed Chattogram region led the way in employment generation and turnover among the four regions, including Dhaka, Khulna and Rajshahi. The turnover in Chattogram was almost double that of the other three regions but the researchers could not determine the factors behind its success due to limitations of questions and samples, according to the report.

Salaried jobs grew by 134 percent during the study period, the highest growth rate among all job categories analyzed in the report.

On this note, Ahsan H Mansur said: “This is an extremely trying time for both the MSMEs and IDLC itself, like all other lending institutions in Bangladesh. Financial institutions, including IDLC, would need to help the MSME clients to help them get out of the difficult situation.  Most MSMEs will need rapid disbursing financial support from the lending institutions, including from IDLC. In this extremely difficult time, all stakeholders must work together in their mutual interest and the interest of the country.”

IDLC’s CEO Arif Khan said, “At IDLC along with MSMEs we relentlessly work for Women Entrepreneurs too. We have seen a positive impact in the economy for such effort from the research findings. The findings of the study reinstate the fact that funding MSMEs is not only profitable, this also has important macro-economic impact such as employment creation.”

Another positive development, according to the report, was that IDLC borrowers were able to expand their sales/business turnover quite rapidly in recent years, more than doubling the turnover in the four-year period ending in 2019.

However, the findings are based on pre-COVID-19 pandemic data with the outbreak of the disease and the subsequent lockdowns since March resulting in a grim short and medium-term outlook for SMEs.

“Many of the IDLC-supported-enterprises are in all likelihood going through a very difficult time and struggling to keep their businesses afloat. A significant part of the job growth might have been reversed as most MSMEs are yet to come back to their normal levels of operation,” the report noted. 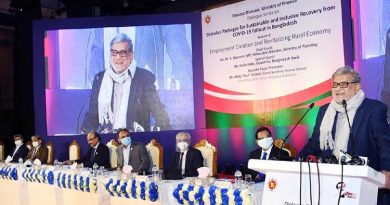 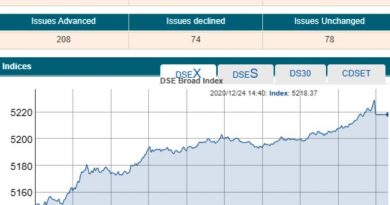