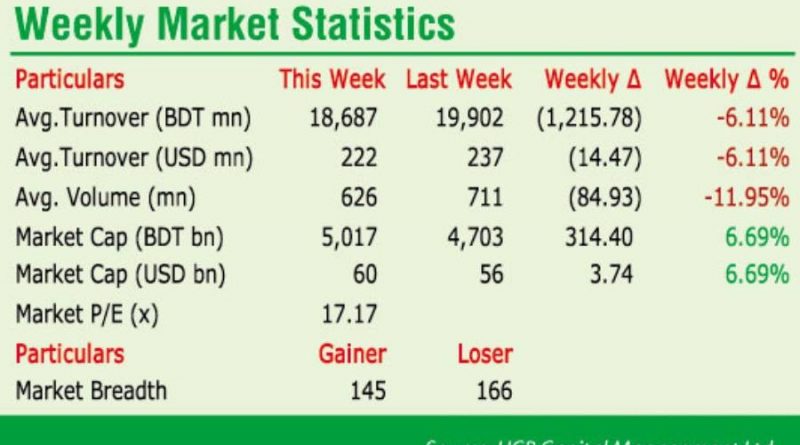 Following the price appreciation witnessed by majority number of listed securities, the market capitalisation on the Dhaka Stock Exchange (DSE) hit a fresh all time high and stood at Tk 5.02 trillion on Thursday.

During the week, investors continued their buying spree in large cap sectors which played major role behind the sharp rise observed in broad index of Dhaka Stock Exchange (DSE).

Of 364 issues traded in last week, 146 advanced, 168 declined and 50 were unchanged on the premier bourse DSE.

“A significant amount of idle funds has come to the capital market following the listing of some good securities,” said a market review of International Leasing Securities.

In last week, top 10 turnover leaders posted a total value of Tk 38.09 billion which was 40.71 per cent of total turnover featured by the premier bourse DSE.

Robi Axiata witnessed the highest price appreciation of 47.27 per cent and closed at Tk 70.10 each on Thursday.

Zeal Bangla Sugar Mills was the worst loser in last week after declining 21.41 per cent to close at Tk 157.10 each.

The DSE featured a daily turnover of above Tk 18.68 billion, which 6.11 per cent less than the daily average turnover of the previous week.

Of total weekly turnover of Tk 93.43 billion, Tk 68.85 billion came from transactions of ‘A’ category issues.

The market operators said general and institutional investors are injecting fresh funds into the capital market as the interest rate on FDR (fixed deposit receipt) has declined significantly.

“They are injecting funds into the capital market for capital gains amid lower interest rates offered in money market,” said a senior official of a merchant bank.

Of the sectors which witnessed price appreciation, bank advanced 0.9 per cent, engineering 5.9 per cent, financial institutions 5.3 per cent, fuel & power 6.8 per cent, pharmaceuticals & chemicals 4.8 per cent and telecommunication 17 per cent.

Of the sectors witnessed price correction, general insurance declined 4.5 per cent, IT 4.2 per cent, jute 8.7 per cent and tannery 0.3 per cent.

Investors’ participation was concentrated mostly on financial institution sector which grabbed 13.1 per cent of the weekly market turnover followed by pharmaceuticals & chemicals 12.3 per cent, miscellaneous 10.1 per cent and bank 9.6 per cent. 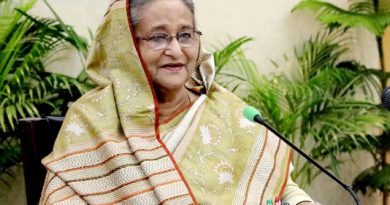 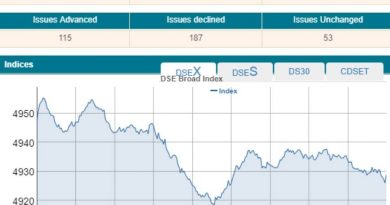 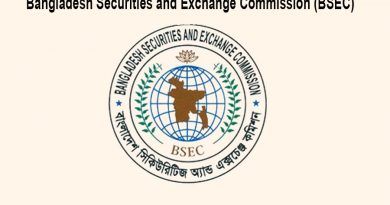