France, Russia and the United States on Thursday called for an immediate ceasefire between Azerbaijan and ethnic Armenian forces around Nagorno-Karabakh and urged the rival sides to return to negotiations without delay.

The move came as the death toll rose in the heaviest clashes since the 1990s around the region — part of Azerbaijan but run by its mostly ethnic Armenian inhabitants.

“We call for an immediate cessation of hostilities between the relevant military forces,” the French, Russia and U.S. presidents said in a joint statement in their capacity as co-chairs of the Organization for Security and Co-operation’s (OSCE) Minsk Group.

“We also call on the leaders of Armenia and Azerbaijan to commit without delay to resuming substantive negotiations, in good faith and without preconditions, under the auspices of the OSCE Minsk Group Co-Chairs.”

Putin and French President Emmanuel Macron had also discussed how the Minsk group, which mediates in the conflict, could help to end the fighting, the Kremlin said.

Russia has also offered to host the foreign ministers of Armenia and Azerbaijan for talks on ending the fighting, which flared up on Sunday in a revival of a decades-old conflict over the mountainous enclave.

Erdogan says stay out of it

Turkish President Recep Tayyip Erdogan said on Thursday it was unacceptable that the three countries were involved in a search for a ceasefire in a disputed Caucasus region given they neglected problems there for some 30 years.

Erdogan also repeated that Armenia must withdraw from Nagorno-Karabakh if there is to be lasting peace in the region where Azerbaijan and ethnic Armenian forces have clashed for five days.

Dozens of people have been reported killed and hundreds wounded since then. Nagorno-Karabakh broke away from Azerbaijan in a 1991-94 war that killed 30,000 people, but is not recognized internationally as an independent republic.

Azerbaijan’s general prosecutor’s office said Armenian shelling had killed a civilian in the Azeri town of Terter on Thursday morning and badly damaged the train station.

Armenia’s Defence Ministry spokeswoman said Azeri forces had tried to regroup but had been prevented from doing so.

Armenia said two French nationals working for France’s Le Monde newspaper had been wounded during Azeri shelling of the Armenian town of Martuni and taken to hospital. An Armenian government source said they were in grave condition.

Television footage released by the Ankara-based Anadolu Agency showed reporters running for cover behind a wall at an unidentified location in Nagorno-Karabakh after what it said was Armenian shelling. Loud blasts could be heard in the background.

The re-eruption of a “frozen conflict” dating back to the collapse of the Soviet Union has raised concerns about stability in the South Caucasus, a corridor for pipelines carrying oil and gas to world markets, and raised fears that regional powers Russia and Turkey could be drawn in.

The Kremlin said there was no alternative to using “political and diplomatic methods” to resolve the crisis.

Macron’s office said he and Putin “also shared their concern regarding the sending of Syrian mercenaries by Turkey to Nagorno-Karabakh.”

Turkey, a close ally of mainly Muslim Azerbaijan, has said it will “do what is necessary” to support Azerbaijan, but has denied sending mercenaries.

Macron, whose country is home to about 600,000 people of Armenian origin, has accused Turkey of “warlike” rhetoric.

A German government source said European Union leaders would consider the conflict at a summit starting in Brussels later on Thursday.

France’s junior European affairs minister, Clement Beaune, said the EU must give “signals of resolve” against Turkey and that this could mean possible sanctions. The union is also conflicted by Turkey’s maritime exploration in the Mediterranean, which has led to a dispute with Greece. 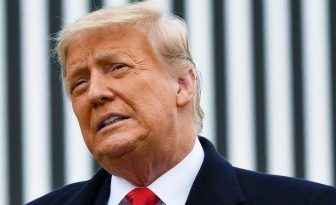 Anti-vaccine protesters shut down one of largest COVID-19 vaccination sites in U.S. – National