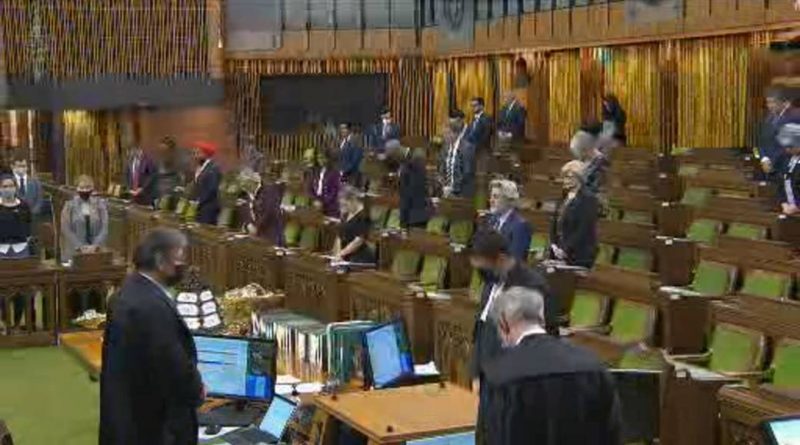 Turkish officials on Wednesday railed against French satirical magazine Charlie Hebdo over its cover-page cartoon mocking Turkish President Recep Tayyip Erdogan and accused it of sowing “the seeds of hatred and animosity.”

The cartoon could further heighten tensions between Turkey and France, which erupted over French President Emmanuel Macron’s firm stance against Islamism following the beheading of a teacher who showed his class caricatures of the Prophet Muhammad for a free speech class.

Leaders from around the Muslim world also added their voices to criticism of what they see as attacks on Islam in the West, while France vowed not to back away from its defence of the freedom of expression.

The Prophet Muhammad cartoons upset many in the Muslim world. But it was Erdogan who led the charge against France and questioned Macron’s mental state. France then recalled its ambassador to Turkey for consultations, a first in French-Turkish diplomatic relations.

“We strongly condemn the publication concerning our president of the French magazine, which has no respect to faith, the sacred and values,” Erdogan’s spokesman, Ibrahim Kalin, wrote on Twitter.

The Ankara Chief Prosecutor’s office launched an investigation into Charlie Hebdo managers over the cartoon, the state-run Anadolu Agency reported. Insulting the president is a crime in Turkey punishable by up to four years in prison.

Erdogan himself said he had not looked at the drawing and had nothing to say about the “dishonourable” publication.

1:33
Members of Parliament stand for moment of silence in honour of murdered teacher in France

“My sadness and anger does not stem from the disgusting attack on my person but from the fact that the same (publication) is the source of the impertinent attack to my dear prophet,” Erdogan told his ruling party’s legislators in parliament.

He went on to criticize France and other Europe nations’ colonial past saying: “You are murderers!”

Tensions between France and Turkey have mounted in recent months over Turkish actions in Syria, Libya and the Caucasus Mountains region of Nagorno-Karabakh.

The cartoon depicted Erdogan in his underwear holding a drink and lifting the skirt of a woman wearing an Islamic dress.

“I condemn this incorrigible French rag’s immoral publication concerning our president,” Turkish Vice-President Fuat Oktay wrote on Twitter. “I call on the moral and conscientious international community to speak out against this disgrace.”

Macron’s stance sparked anti-France protests in Turkey and in other Muslim countries as well as calls for the boycott of French goods.

French government spokesman Gabriel Attal said the country would not back down in the face of what he called “efforts of destabilization, of intimidation.”

“Despite this intimidation, France will never renounce its principles and values, and notably the freedom of expression and freedom of publication” Attal said.

“It was hateful comments toward journalists, toward a newsroom, that led to the bloodshed we have seen in recent years in our country,” he said, referring to the 2015 attack on Charlie Hebdo attack that killed 12 people and was the first in a series of extremist attacks on France.

At a gathering celebrating Prophet Muhammad’s birthday, Sheikh Ahmed al-Tayeb, Al-Azhar’s Grand Imam, also condemned the slaying of the French teacher in Paris as “an odious and painful murder.”

He said that offending Islam and Muslims has become a tool to mobilize votes. He called the “offensive cartoons” depicting Muhammad “a blatant hostility against this noble religion and its prophet.”

Egypt’s President Abdel-Fattah el-Sissi said that offending the prophet undermines “high values” many Muslims believe in. “We, too, have rights; right of not to hurt our feelings and not to offend our values,” he said.

Speaking at a Cabinet meeting, Iran’s President Hassan Rouhani also weighed in on the debate.

“If Europe and France are after rights, ethics and culture they have to withdraw from intervention in Muslim affairs,” Rouhani said.

Pakistan’s prime minister Imran Khan meanwhile, wrote letters to the heads of Muslim states, expressing his concern over the “ridicule and mockery” of Islam’s Prophet Muhammad and desecration of the Qur’an in the Western world, especially in Europe.

Khan wrote that “covert and overt discrimination” against Muslims is widespread in Europe.

“I believe the leadership in these countries, often acts out of lack of understanding of the intrinsic deep passion, love and devotion Muslims all over the world have for their Prophet,” he wrote. He urged Muslim leaders to take the initiative to call for an end to this cycle of hate and violence.

About 300 members of Pakistan’s radical Jamaat-e-Islami party rallied in the port city of Karachi to denounce Macron. The demonstrators wanted to march toward the Consulate of France but police stopped them. 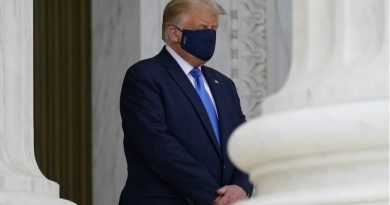