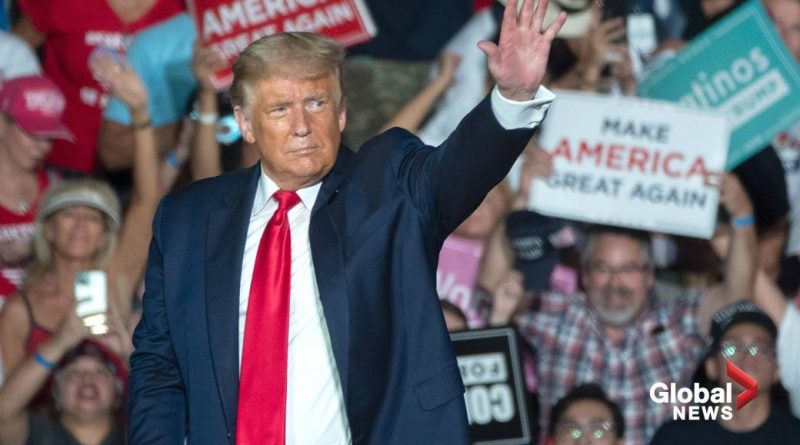 After recovering from a virus that has killed more than 215,000 Americans, U.S. President Donald Trump is now pushing a new message: that he’s become immune to the novel coronavirus, and so is everyone else who’s contracted it.

But health experts say that kind of message is dangerous — not only because there’s not enough scientific data to support it, but because it’s another example of the president downplaying the severity of the pandemic.

Trump began touting his immunity over the weekend, after his physician Dr. Sean Conley said the president met the Centers for Disease Control and Prevention criteria for safely discontinuing isolation and that by “currently recognized standards,” he was no longer considered a transmission risk.

On Monday, Trump told a campaign rally crowd in Sanford, Fla., that his alleged immunity made him feel “powerful.”

1:46
Coronavirus: Trump says in return to campaign trail that he feels ‘powerful’

Coronavirus: Trump says in return to campaign trail that he feels ‘powerful’

The next day, after repeating his line from Monday, he went even further, asking those attending his rally in Johnstown, Pa., if anyone had contracted COVID-19, receiving cheers from some pockets of the crowd.

“You’re the people I want to say hi to, because you are right now immune,” he said Tuesday night.

Isaac Bogoch, an infectious disease expert at the University of Toronto, says while Trump is not necessarily wrong about COVID-19 patients becoming immune after recovery, it’s not yet clear how widespread it is or how long it lasts.

“We also know there’s some credible evidence that people can get reinfected,” he said.

In the hours between Trump’s two rally comments, a case report published Monday in the Lancet Infectious Diseases medical journal detailed the case of a 25-year-old Nevada man who tested positive in April after showing mild symptoms, then got sick again in late May with a more serious bout. The man recovered from both infections.

In the Netherlands, the National Institute for Public Health confirmed on Tuesday that an 89-year-old Dutch woman, also sick with a rare form of bone marrow cancer, had recently died after contracting COVID-19 for a second time.

Other isolated cases of reinfection have been reported around the world, including in Asia and Europe.

While there’s evidence that reinfection is unlikely for at least three months even for those with a mild case of COVID-19, very few diseases leave people completely immune for life. Antibodies are only one part of the body’s defences, and they naturally wane over time.

“What (Trump is) saying to people is extremely dangerous, because there may be a lot of people in the crowd putting up their hands (saying) yes, I had COVID,” said Colin Furness, a University of Toronto epidemiologist.

“Either they didn’t and they think they did, or they did and they only had a minor bout, in which case, oh yes, they could get reinfected. So his newfound confidence in immunity may actually cause them to get infected again.”

3:11
Coronavirus: WHO calls herd immunity response to the pandemic ‘unethical’

Coronavirus: WHO calls herd immunity response to the pandemic ‘unethical’

Furness said the data that exists on cases of reinfection suggests minor cases are particularly susceptible to catching another bout of the virus. Human T cells, he explained, can easily become comfortable with fighting off a minor bout so that the body doesn’t produce the antibodies necessary to stave off a second infection.

“What he’s saying is possibly completely inaccurate,” Furness said. “And even if it isn’t in this case, it’s pretty dangerous given again, that people who have moderate, mild cases are not likely to be immune at all.”

Michael Curry, who specializes in infectious diseases at the University of British Columbia, said that in Trump’s case, the president’s experimental antibody treatment may actually be creating a false sense of immunity.

In addition to taking the Regeneron antibody treatment, Trump was also administered the steroid dexamethasone, which is normally reserved for patients with severe COVID.

Other health experts have said severe cases should isolate for 20 days after testing positive rather than 10, which is how long Trump spent off the campaign trail.

Yet Trump returned to public events as soon as his doctors cleared him on Saturday, and is planning several rallies in key Republican strongholds and swing states through the final two weeks of the campaign.

Furness said the strategy, and Trump’s latest claims about the virus, are more signs that the president is putting his image over the health of himself and others.

“He’s probably getting a huge high out of claiming immunity,” he said. “Even if he’d never heard the word immunity from anyone else, I think he’d be quite happy to make that up on his own because it projects strength.”

— With files from the Associated Press and Reuters 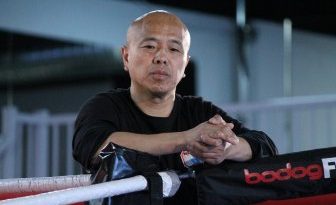 Armenia, Azerbaijan accuse each other of missile attacks in disputed region – National