President Donald Trump still has a chance of amassing more than 270 electoral college votes and earning a second term, but his campaign is pre-emptively launching bids to challenge state results.

The Trump campaign’s efforts largely focus on states where he is trailing while ignoring those where there was a temporary “blue mirage” — that is, states where the early reporting saw Democratic nominee Joe Biden take a lead but are now projected for Trump after a more substantial rendering of the votes, including absentee ballots.

Democrats and the Biden campaign have scoffed at the legal challenges, and the flurry of court action so far did not seem destined to impact the election’s outcome.

Generally speaking, the efforts have attempted to stop the counting of votes not yet tallied or to argue for greater transparency in overseeing the process of tabulating votes.

In an interview Thursday on MSNBC, Stanford law professor Nathaniel Persily characterized it as a “pre-litigation strategy” as the state results still won’t be officially certified for weeks yet.

“Right now we don’t know what will be the ‘hanging chad’ of the 2020 election,” said Persily, referring to an infamous sticking point in the contested 2000 U.S. election between Republican George W. Bush and Democrat Al Gore.

Here’s a look at some of the questions the Trump campaign is trying to raise and whether they might have an impact.

A Trump campaign lawsuit filed in Chatham County asking a judge to ensure the state laws are being followed on absentee ballots was dismissed Thursday morning. 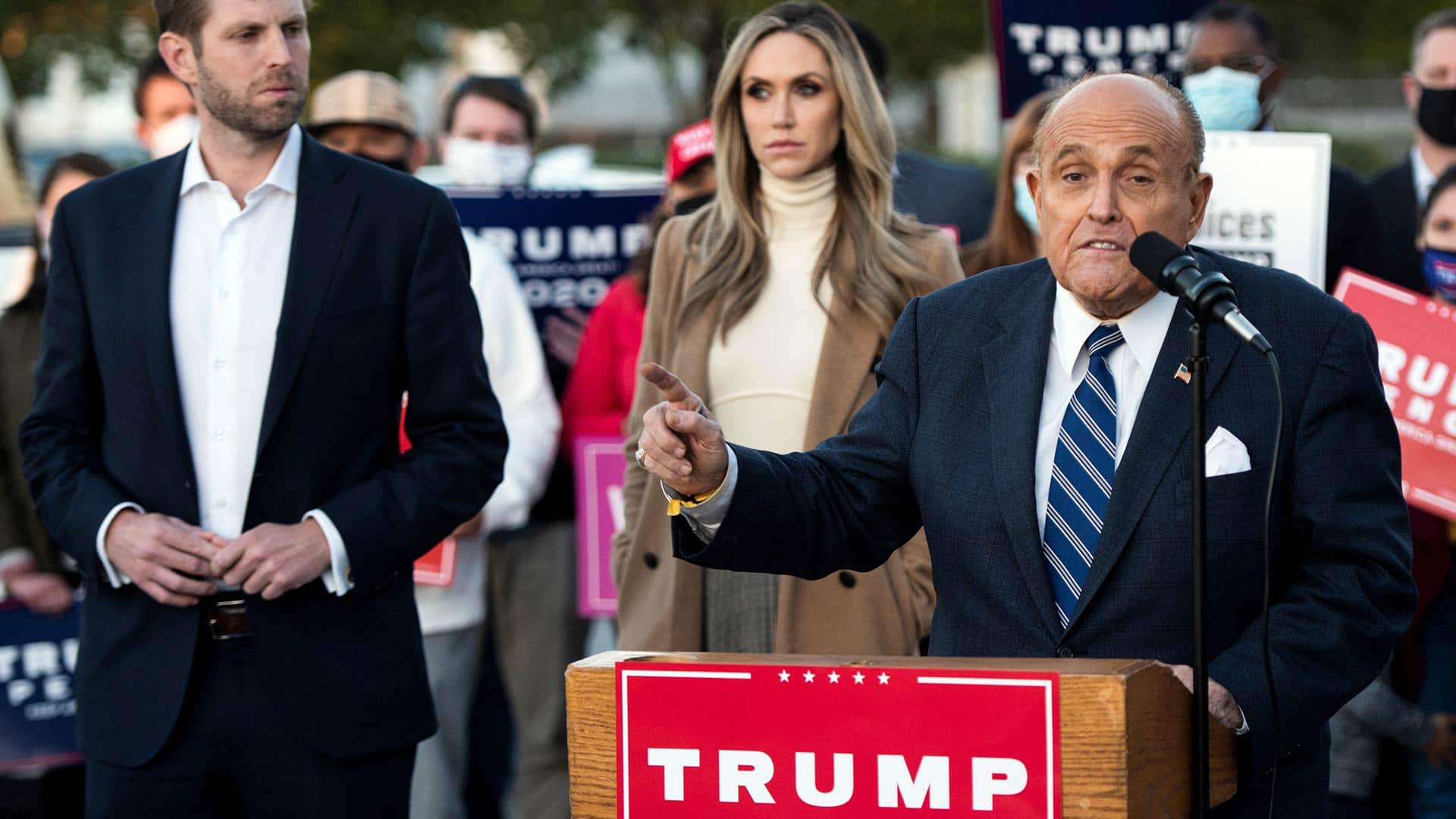 Law professor Nick Stephanopolous discusses the legal challenges surrounding the U.S. election result, whether they’re valid, if they could change the outcome and if the decision could end up at the Supreme Court. 2:16

The suit had raised concerns about 53 absentee ballots that poll observers said were not part of an original batch of ballots. County elections officials testified that all 53 ballots had been received on time.

Trump has a sizeable but not yet insurmountable lead in Georgia, with tens of thousands of ballots still to be counted.

The Associated Press projected Michigan’s 16 electoral college votes for Biden, with a Trump campaign lawsuit claiming Secretary of State Jocelyn Benson, a Democrat, was allowing absentee ballots to be counted without teams of bipartisan observers as well as challengers.

WATCH l Breaking down the situation in Michigan:

Elections attorney J.C. Planas questioned the Trump campaign’s claim that it had no meaningful access to the counting of Michigan ballots, which is the basis of the lawsuit it filed today. 3:56

“If you look at the complaint, it’s extraordinarily narrow,” he said. “The allegation is that a particular Republican observer from a particular rural county didn’t get the access he was supposed to get. None of this threatens a material number of ballots.”

The bids were rejected Thursday afternoon.

Biden leads Trump in vote counting by about 150,000 with 99 per cent of the vote reported.

The Trump campaign filed the request for an injunction yesterday afternoon while counting was still going on. It’s done now. The “ship has sailed,” lawyer for the Secretary of State said during the hearing.

Trump’s campaign said Thursday in Las Vegas that it would file a lawsuit later in the day alleging thousands of people cast ballots who no longer live in the state.

The campaign has previously been unsuccessful in two attempts to stop absentee vote counting in Clark County.

The state’s six electoral votes were still up for grabs Thursday, with Biden holding an advantage of more than 11,000 votes.

As with Michigan, Trump surrogates have argued over access in numerous locations, while also seeking to intervene in a Pennsylvania case at the Supreme Court that deals with whether ballots received up to three days after the election can be counted, deputy campaign manager Justin Clark said. Pre-election bids to do so were rejected after the state sought to provide voting options during the COVID-19 pandemic.

The Trump campaign also on Thursday sued Philadelphia County’s Board of Elections, seeking an emergency injunction barring it from counting ballots so long as Republican observers are not present, as it said was required under Pennsylvania law.

The president is ahead in Pennsylvania but his margin is shrinking as more mailed ballots are counted. Nearly 30,000 ballots in Allegheny Country will not be counted until Friday, CNN reported, as a dispute over a printing issue is before the courts there.

Trump’s campaign also announced that it would ask for a recount in Wisconsin. Campaign manager Bill Stepien cited “irregularities in several Wisconsin counties,” without providing specifics.

A recent state law allows for a recount to be triggered by a candidate with a vote margin of less than one per cent. With all precincts having reported, Biden is up by 0.6 percentage points.

That said, counties will continue a review process through Nov. 17, and the state doesn’t certify its results until Dec. 1. The question may be moot if Biden’s electoral college margin is greater than 20 — Wisconsin nets 10 electoral votes for the winner — or if Trump has won.

In neighbouring Minnesota, a recount bid launched by Al Franken in a 2008 Senate race was successful after an initial call, leading to a swing of over 500 votes. Biden’s lead in Wisconsin is currently over 20,000 votes.

What about the Supreme Court?

On election night, Trump suggested that ballot-counting issues could be dealt with at the U.S. Supreme Court. To some election law experts, calling for the Supreme Court to intervene at this stage seemed premature, if not rash.

The recent Trump campaign suits have been filed in state court involving state challenges under state law. To get to the Supreme Court, they have to find a federal legal issue or a constitutional issue.

“The Supreme Court doesn’t want to get too involved in disputes that can’t realistically affect the result of the election, so unless one of these states gets really close and unless there’s a plausible legal challenge involving a lot of votes … I don’t think the Supreme Court is going to want to touch this with a 10-foot pole,” said Stephanopoulos.

A case would have to come to the court from a state in which the outcome would determine the election’s winner, Richard Hasen, a University of California, Irvine, law professor, wrote on the Election Law blog.

“As of this moment [though things can change] it does not appear that either condition will be met,” Hasen wrote.

The top court did intervene in the 2000 presidential election that ended with a decision, leading to the presidency of George W. Bush.

WATCH l The slim possibility a Pennsylvania case could reach the Supreme Court:

University of Memphis law professor Steve Mulroy says vote recounts are common in the U.S. but stopping a count in any state would be a significant legal hurdle for President Donald Trump. 6:35

Steve Mulroy, professor of law at the University of Memphis, told CBC News that some of the conservative justices opened the door a crack to a possible Supreme Court case down the road in a recent Pennsylvania election ruling on Oct. 28. The argument would be that by extending absentee balloting, the state “usurps what the U.S. Constitution recognizes as the plenary authority of state legislatures to allocate how presidential electoral votes and the electoral college are counted.”

“Now, this theory only commanded three justices back in 2000 in Bush v. Gore and was not really paid much attention, but in recent weeks in various opinions, both Justices [Brett] Kavanaugh and [Samuel] Alito have suggested that they’re open to reviving it,” said Mulroy.

“I don’t think that it is likely that that will happen in this case – there’s a number of reasons why Pennsylvania is not the best vehicle for that, but it’s at least something that people need to keep an eye on,” said Mulroy, author of Rethinking U.S. Election Law.

Such a ruling would in effect penalize state voters. Pennsylvania voters were guided on when to cast ballots, legally speaking, by “rulings by both the Pennsylvania Supreme Court and also more recently the U.S. Supreme Court,” he said.

How far will Trump take it?

Democrat Al Gore asked for a recount in the 2000 and the Supreme Court ruled against him, with Bush winning Florida by just over 500 votes.

Some legal experts at the time argued that Gore still had legal avenues to pursue, but he chose to concede the day after the Supreme Court decision.

There’s little evidence Trump will be as amenable — during the campaign, he made no clear promise to accept a close election loss. Even after winning in 2016, Trump made baseless accusations of “millions” of illegally cast votes for Hillary Clinton and set up a commission to investigate it, which was later quietly shuttered.

“It’s not a good idea to try and win the election on a bizarre technicality of when a stamp was on an envelope. [Trump] may well deserve it cleanly and legitimately [through the electoral college] and some of these other tactics might undermine his own cause,” said David Shribman, professor of public policy at McGill University.

Trump supporters have gathered at state offices in Georgia, Michigan, Nevada and Pennsylvania but it’s not clear if widespread protests would continue if Biden bagged more than enough states to clear the 270-electoral vote bar.

A final wildcard: If the electoral college margin is razor-thin after states certify results, Attorney General William Barr could find a way for the Justice Department to get involved in what is currently a campaign issue. Barr has said in both testimony and interviews this year that he believes mail balloting greatly raises the prospect for fraud. 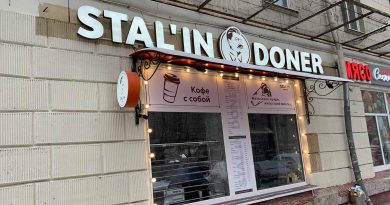