The president and his wife Melania — both wearing masks — stood silently at the top of the steps of the court and looked down at Ginsburg’s flag-draped coffin, surrounded by white flowers.

The death of the liberal-leaning justice has sparked a controversy over the balance of the court just weeks before the November presidential election.

Trump has called Ginsburg an “amazing woman,” but some spectators were not happy that he came.

Moments after he arrived, booing could be heard from spectators who then briefly chanted, “Vote him out” and “Honour her request.”

WATCH l Hear the reaction to Trump’s appearance outside the Supreme Court:

U.S. President Donald Trump was hit with cries of ‘Vote him out’ as he visited the U.S. Supreme Court, where the late Justice Ruth Bader Ginsburg lies in repose. 0:33

The last chant was a reference to a statement by Ginsburg’s granddaughter upon her death.

“My most fervent wish is that I will not be replaced until a new president is installed,” Clara Spera said Ginsburg dictated in a note in her final days.

It was an apparent request to treat the vacancy as was done in 2016, when Republicans refused to take up Barack Obama’s nominee to replace Antonin Scalia, citing the upcoming election.

Trump, without evidence, claimed in a Fox News interview on Monday that the request was contrived by Democrats.

“I don’t know that she said that, or if that was written out by Adam Schiff, and [Chuck] Schumer and [Nancy] Pelosi,” Trump said. “That came out of the wind. It sounds so beautiful, but that sounds like a Schumer deal, or maybe Pelosi or Shifty Schiff.”

On Friday, Ginsburg will lie in state at the Capitol, the first woman to do so and only the second U.S. Supreme Court justice after William Howard Taft. Taft had also been president.

Ginsburg will be buried beside her husband, Martin, in a private ceremony at Arlington National Cemetery next week. Martin Ginsburg died in 2010. She is survived by a son and a daughter, four grandchildren, two step-grandchildren and a great-grandchild. 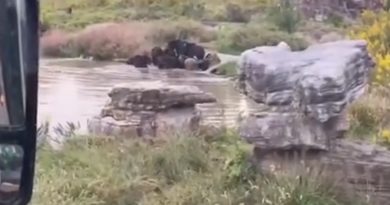 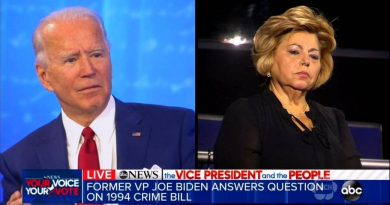