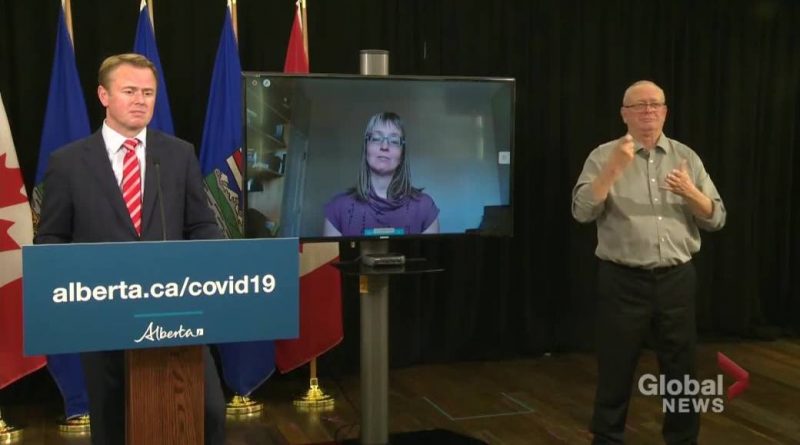 The Tampa Bay Lightning are the 2020 Stanley Cup champions, hoisting the NHL’s championship trophy Monday in a near-empty Rogers Place to cap off a surreal, bifurcated, bubbled hockey season for the ages.

Brayden Point and Blake Coleman scored the goals and Andrei Vasilevskiy stopped 22 shots for his first career playoff shutout in a 2-0 win, giving Tampa Bay a 4-2 triumph in the best-of-seven series.

The Lightning players exploded off the bench as the seconds ticked to zero, swarming Vasilevskiy, their whoops and hollers echoing off the empty seats and capacious tarps.

No fans have been allowed in to these so-called bubbled playoffs, with players isolated between contests to prevent contracting COVID-19.

NHL commissioner Gary Bettman walked out to centre ice to award the trophy, but this time not accompanied by the lowing boos from fans that had become an unofficial league tradition.

Read more:
Coronavirus: Bubble won’t be back for 2020-21 NHL season

“To win in this place at this time under these circumstances is remarkable and frankly overwhelming,” said Bettman before he handed the silver barrel-and-bowl trophy to Lightning captain Steven Stamkos, who proceeded to lift it with two hands over his head.

In a twist on the usual Cup presentation, the players, coaches and staff gathered around Bettman, instead of standing off to the side as he officially awarded the Cup to Stamkos.

The players cheered, fireworks went off behind the players’ benches and other devices delivered bursts of flames, the heat of which could be felt high up in the arena.

Stamkos did not dress for the game, and played only 2:47 in the entire playoffs due to injury. He came out in his hockey equipment and jersey to accept the award and his first Stanley Cup.

“I’m so proud of this team and everything that we’ve accomplished.

“It’s one of the greatest feelings, and to be able to celebrate with this group of guys is a dream come true.”

The traditional skate around the ice, hoisting the cup in front of rapturous fans, was altered to the players skating around centre ice, clapping and celebrating as each one in turn took a spin with the mug amid rock music pumped over the loudspeaker.

Fans celebrating in Tampa were shown on all four sides of the video screen that hangs over centre ice.

Tampa defenceman Victor Hedman was voted the winner of the Conn Smythe Trophy as playoff MVP.

It’s the second Stanley Cup in the 28-year history of the franchise. The first was in 2004.

THIS IS OUR TIME

It’s the first Cup for every Lightning player except Pat Maroon. The burly, bearded veteran winger won it all last season with the St. Louis Blues.

It’s also the first Cup win for head coach Jon Cooper, in his seventh full season behind the Lightning bench.

He defeated Dallas interim head coach Rick Bowness. Bowness had been hired by Cooper as a mentor in 2013 and served the next five years with the Lightning as his assistant. This was the first Stanley Cup where an assistant faced his former head coach.

Vasilevskiy was 18-7 of the post-season. The 26-year-old Russian played every minute of every game for the Lightning through 25 games.

Point scored on the power play midway through the first period, sailing through the slot untouched and putting his own rebound past Dallas goalie Anton Khudobin. Coleman made it 2-0 by capitalizing on a turnover midway through the second frame, one-timing a cross-ice pass from Cedric Paquette.

Nikita Kucherov assisted on Point’s goal and was the NHL’s top scorer in the playoffs: seven goals and 34 points. Point was second at 14 goals and 33 points.

The Bolts had been knocking on the Cup door in recent years, making the final four in four of the last six seasons. In 2015 they lost to Chicago 4-2 in the Stanley Cup final.

It’s a capstone to bizarre season that began as normal in October 2019, but was halted, and ultimately cancelled around the 70-game mark, on March 12, due to COVID-19.

The NHL resumed play at the start of August in a 24-team, two-month tournament, held in hub cities of Toronto and Edmonton, with players and staff isolated and tested regularly to prevent contracting COVID-19. The NHL reported Monday there had been no positive tests in the nine-week bubble.

The conference championships and the Cup final were held at Rogers Place, the players skating, shooting, and scoring to the sounds of canned oohs, ahhs and cheers.

This is the first time the Stanley Cup has been awarded in the Alberta capital since the Edmonton Oilers won it in the spring of 1988.

The Lightning finished fourth in the regular season (43-21-6) and were a model of consistency in the tournament.

They went 18-7, never lost two games in a row, and shut down the top three defensive teams in the league (Boston, Dallas, and Columbus).

The Bolts were overtime warriors, going 7-2 in extra-session games, including a marathon five-overtime win over the Columbus Blue Jackets in the first round.

The Lightning played 221:14 total in overtime, more than any team in playoff history.

Hedman — all six-foot-six of him — was the rock, filling the leadership void when Stamkos went down in late February for core muscle surgery and then was re-injured before the playoffs began anew.

The 29-year-old Swede, in his 11th year in Tampa Bay, scored 10 goals, added 12 assists in the playoffs, ate up 26 minutes a night playing at even strength and on special teams, ignited the offence with seeing-eye tape-to-tape passes, and punished those who crossed his blue-line.

The Bolts were the top scoring team in the regular season (3.47 goals a game) and their best marksmen got the job done in the post season. The top line of Point, Kucherov and Palat delivered eight goals and 21 points against Dallas and accounted for about 40 per cent of all team points in the playoffs.

When the opposition got past the defence, Vasilevskiy was there to shut the door, compiling a .927 save percentage in the playoffs.

The Stars franchise is now 1-4 in Cup play, dating back to its Minnesota roots. The lone championship came in 1999.

Dallas made it all the way to its first final series in two decades due mainly to the storybook play of Khudobin, a career journeyman backup elevated into the starter’s role for almost the entire post-season run after Ben Bishop was injured.

The 34-year-old from Kazakhstan absorbed a shooting gallery of vulcanized rubber: more than 30 shots in 15 games and 40 or more seven times. He was the deciding factor in the third-round series against the Vegas Golden Knights, saving all but nine of 161 shots over five games (.950 save percentage).

The Stars faced Tampa after being outscored 64-62 to that point in the post-season, but were the comeback kids of the playoffs, coming back to win nine times.

They won with stout defence and timely goals by committee, with veteran forwards like Jamie Benn, Joe Pavelski and Corey Perry stepping up when others flagged. First-line centre Tyler Seguin never found his groove, scoring just twice in 26 games.

The defence led the offence. Defenders John Klingberg and Miro Heiskanen combined for 10 goals and 47 points.

Dallas was laid low by injuries to not only Bishop but also defencemen and key depth forwards: Stephen Johns, Taylor Fedun, Radek Faksa, Roope Hintz, and Blake Comeau. The Stars kept having to dip into their pool of Black Aces and ultimately the next man up became one injury too many.

For Tampa, the win will undoubtedly go a long way to washing away the bitter taste of last year’s humiliating playoff debacle. The Lightning won 62 wins in the regular season — tying an NHL record — then lost four straight games in the first round to the Blue Jackets.

Jets’ life in the NHL bubble

They proved to be the difference, with the new-look Lightning able to lock down late-game leads and, to paraphrase Conn Smythe, beat opponents on the ice and in the alley.

It was a year of firsts: the first time two teams from cities that never see snow battled it out in an empty arena on the Canadian prairie in late September for the Stanley Cup.

But in the year of COVID — where the only consistency has been contradiction and people must stay apart if they ever want to get together again — the Lightning fit right in, proving that if you want to polish the Stanley Cup, maybe just add a bit of grit. 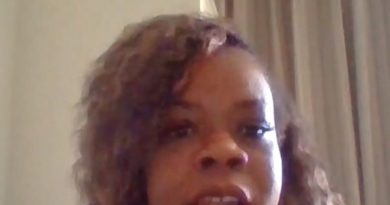