Democrats now have their best opportunity in a decade to shape the American political agenda, having achieved the coveted trifecta of political power in Washington — first the House of Representatives, then the White House and now the U.S. Senate.

A surprise double victory in two Georgia run-off races on Tuesday has allowed them to claw their way to the narrowest possible Senate advantage.

While Raphael Warnock, a pastor at Martin Luther King’s Ebenezer Baptist Church, was declared the winner of his seat early Wednesday, the other race — won by fellow Democrat Jon Ossoff — wasn’t called until the late afternoon just as the nation’s attention was on the violent protests at the U.S. Capitol.

The chamber will soon be tied 50-50, which is an imperceptible margin but one that offers incalculable advantages to Joe Biden’s presidency.

WATCH | How the protests at the Capitol unfolded:

CBC News’ David Common breaks down what happened on Capitol Hill on Wednesday and how U.S. President Donald Trump stoked discontent among his supporters before he lost the election. 3:44

What it means, for starters, is that Kamala Harris, in her next job as vice-president, will frequently roll down Pennsylvania Avenue in motorcade trips to her former workplace, the U.S. Senate, to cast critical tie-breaking votes.

That gives Democrats more control than at any time since they lost congressional seats early in the Obama administration.

“A brand new day,” is how Chuck Schumer, the top Senate Democrat, described the effect in a celebratory statement Wednesday morning.

While the races were both close and the Republican candidates have not yet conceded, Schumer treated the result as a fait accompli and promised bold change.

Democrats won two Georgia seats they had lost by margins of 14 and eight per cent the last time they were up for grabs.

It is the first time Democrats have unseated a Republican Senate incumbent in Georgia in decades, helped by sky-high participation among African-American voters in Atlanta and more modest turnout in whiter, more conservative rural areas.

Winning the Senate launches Biden into the presidency on Jan. 20 with freer rein in various areas. Passing bills will be simpler — though considerably short of a slam dunk.

Appointing judges will be easier, as will naming cabinet members, top officials and diplomats, with little fear they’d be blocked.

Biden can also live without fear of hostile congressional committees. Republicans who had been investigating his son Hunter’s business dealings will no longer control investigative bodies on Capitol Hill, which will now be run by Democrats and presumably used to advance the party’s own goals. 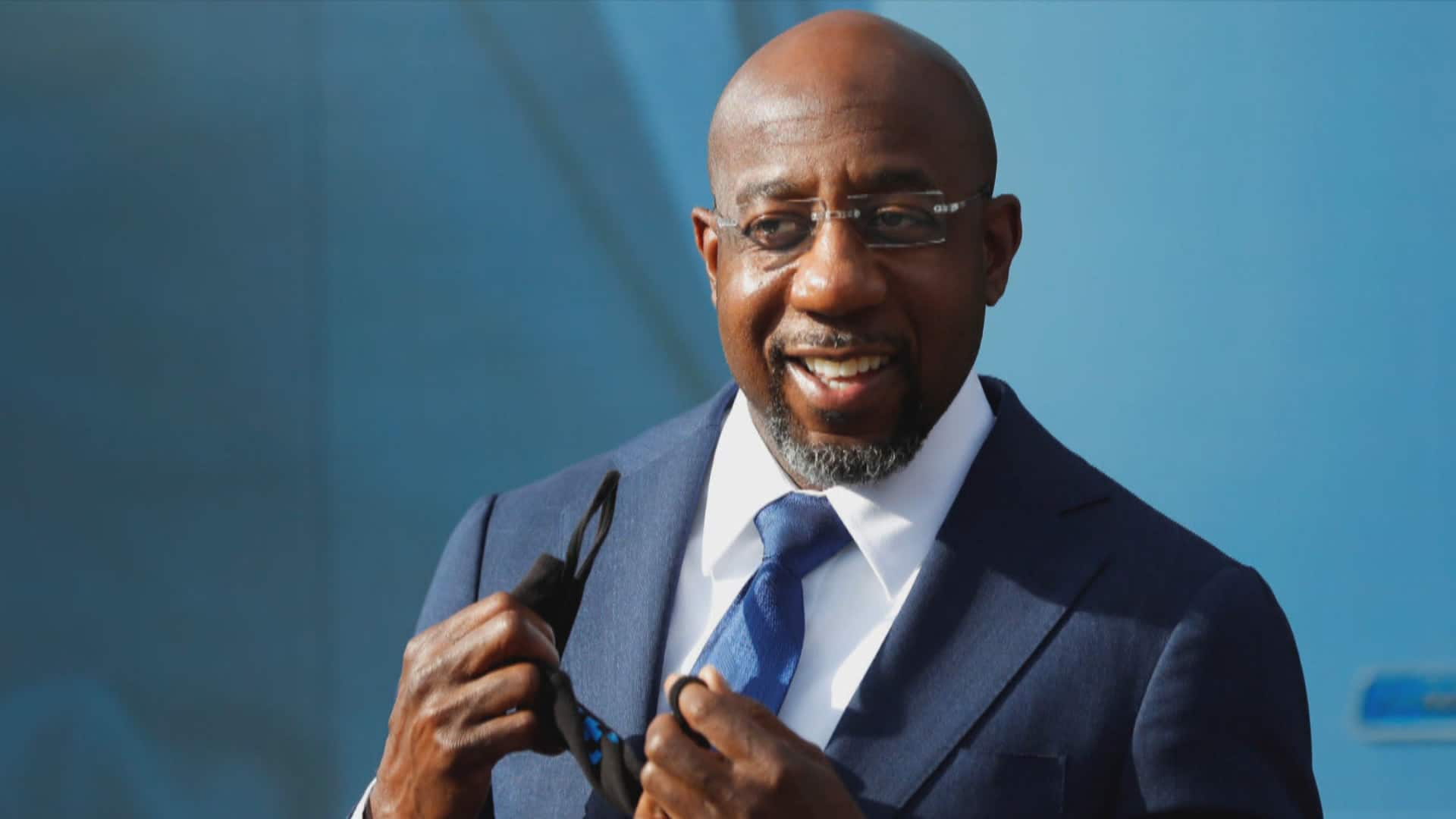 Raphael Warnock won one of Georgia’s two Senate run-offs, becoming the first Black senator in his state’s history and putting the Senate majority within the party’s reach. Fellow Democrat Jon Ossoff claimed victory in the other race, which some news organizations say is too close to call. 7:43

Republicans, meanwhile, are spiralling into the early innings of what could be a protracted intra-partisan feud.

At the centre of that tussle lies President Donald Trump.

Before the results even emerged in those two tight Senate races, several Republicans — including one of Georgia’s top Republican election officials — blamed the president for the defeat.

Gabe Sterling said Trump depressed turnout by complaining incessantly about his fellow Republicans, by insisting the presidential vote was fraudulent and bemoaning their refusal to help him overturn it.

“When you say, ‘Your vote doesn’t count,’ then you have [allies] who … say, ‘Don’t come and vote.’ Then you spark a civil war within the GOP that needed to be united to get through a tough fight like this.… It irritates me.”

Trump has fired back by blaming the party establishment. He suggests the races may have been lost because Senate Republicans refused to send people $2,000 stimulus cheques, as demanded by Trump and by Democrats.

“Your leadership has led you down the tubes,” Trump said in a grievance-filled speech Wednesday to a large crowd of supporters gathered in Washington, D.C., to protest the election certification.

Trump can fairly point out that he did attend two rallies to help the state’s Republican candidates, David Perdue and Kelly Loeffler.

Yet both events were overshadowed by Trump’s personal grievances. The most memorable moments of his Georgia rally speech this week included Trump demanding that his vice-president, Mike Pence, overturn the presidential result, and threatening to support a primary challenge in 2022 to unseat the state’s Republican governor, Brian Kemp.

Some Trump supporters made clear in interviews that, like the president, their minds were more focused on re-fighting the Nov. 3 election than the ones on Jan. 5.

What a majority can accomplish

While the vast majority of Republican voters did, in the end, turn out for Tuesday’s races, they did so in fewer numbers than Democrats.

Democrats benefited from huge participation from African-American voters, who helped elect Warnock and Ossoff, a documentary filmmaker and political staffer who at age 33 will become the youngest Democratic senator elected since Biden himself first won in 1972.

The result is that Democrats have a chance to implement their agenda. Or at least to try.

One great power held by the Senate’s majority party is the ability to control the floor agenda and decide what gets voted on. That’s why some Democrats referred to Republican Mitch McConnell as the gatekeeper blocking debates.

Now, the role of majority leader will belong to Chuck Schumer, the New York Democrat who, while often criticized by progressives, holds considerably more liberal views than McConnell. (Schumer is also a frequent critic of Canadian dairy.)

“Joe Biden has a reasonably good shot of getting changes he wants to see enacted,” said Charles Bullock, an expert on legislative politics at the University of Georgia, before the vote, of the implications of a Democratic sweep.

“[Many of their goals] depend on having a Democratic majority.”

A 1-seat majority has its limitations

Here comes the caveat. And it’s a significant one.

Passing bills won’t be easy. Most types of bills in the U.S. Senate require 60 votes for adoption.

Many Democrats want to water down that rule as part of a sweeping institution-modernization agenda — one that includes adding liberal judges to the Supreme Court and making Washington, D.C., and Puerto Rico new U.S. states, with voting rights in Congress.

That type of institutional reform stands a slim chance of success. Some Democrats, like West Virginia Sen. Joe Manchin, have already expressed clear opposition to these ideas, and given the wafer-thin margin in the Senate, losing even one vote would likely bury these measures.

Let me be clear: I will not vote to pack the courts &amp; I will not vote to end the filibuster. The U.S. Senate is the most deliberative body in the world. It was made so that we work together in a bipartisan way. If you get rid of the filibuster, there’s no reason to have a Senate. <a href=”https://t.co/g0fasdzVmt”>pic.twitter.com/g0fasdzVmt</a>

Yet Democrats now have other, narrower paths to passing bills. For starters, they can bring votes to the floor and hope to win a few Republican backers.

If that fails, there are budget bills.

It’s possible to pass certain spending legislation in the Senate with a one-vote majority. It involves a complicated process known as reconciliation — and has been applied dozens of times since 1980, including on key provisions of the so-called Obamacare health reform and Trump’s tax cuts.

“You can do a lot of things through reconciliation,” said Tony Madonna, a political scientist at the University of Georgia.

The tactic does have limitations. It can only be used once a year, and only on budget bills, and the measures usually expire after 10 years.

But a pair of surprising wins in Georgia at least give Biden’s party a chance to try it.