The U.S. Supreme Court on Monday agreed to decide the legality of one of U.S. President Donald Trump’s hardline immigration policies that has forced tens of thousands of migrants along the southern border to wait in Mexico, rather than entering the United States, while their asylum claims are processed.

The justices will hear a Trump administration appeal of a 2019 lower court ruling that found the policy likely violated federal immigration law. The program, called Migrant Protection Protocols, remains in effect because the Supreme Court in March put the lower court’s decision to block the policy on hold while the legal battle continued.

The Republican president has said the “remain in Mexico” policy, which took effect in January 2019, has reduced the flow of migrants from Central America into the United States. Restricting both illegal and legal immigration has been a central theme of Trump’s presidency. He has sought to reduce asylum claims through a series of policy and rule changes.

Immigration advocacy groups and 11 individual asylum seekers who fled violence in El Salvador, Guatemala and Honduras and were returned to Mexico after entering the United States filed suit to challenge the legality of the policy.

The “remain in Mexico” policy, which represented a fundamental change to previous U.S. practice, is one of the steps Trump has taken to try to prevent large-scale migration from Central America and other countries across the U.S.-Mexican border. His administration has said allowing the thousands of asylum seekers across the border would swamp the U.S. immigration system and damage American relations with Mexico.

A federal judge blocked the program nationwide, saying that forcing these asylum applicants to wait in Mexico was contrary to the text of the Immigration and Nationality Act and violated treaty-based obligations to not send refugees back to the dangerous countries from which they came.

The San Francisco-based 9th U.S. Circuit Court of Appeals in February partially upheld that ruling. The Supreme Court then put the injunction on hold, allowing the Trump administration to continue to carry out the asylum policy.

Migrants in the program, many of them children, have faced violence and homelessness in Mexico while awaiting court dates. Human rights groups have documented cases of kidnappings, rapes and assaults.

Because the court’s calendar is already full through the end of the year, the justices will not hear the case until 2021.

The court also agreed Monday to hear an appeal by the Trump administration of a ruling that Trump overstepped his constitutional powers by diverting military funds to pay for his promised wall along the U.S.-Mexico border.

At issue is the legality of the president’s decision, after Congress refused to appropriate money he sought for the wall, to shift funds already provided by lawmakers for other purposes. Trump’s administration appealed a lower court’s June 26 decision that it lacked the authority to reallocate the military funds toward the border project because the so-called appropriations clause of the U.S. Constitution exclusively grants budgetary powers to Congress.

The border wall was a central 2016 campaign promise by Trump and is part of his 2020 re-election bid.

Trump has said the wall is needed to curb illegal immigration and drug trafficking across the southern border. Democrats have called the wall immoral, expensive and ineffective because of drones and other technological advances available to track those who cross between border entry points. Trump promised during the 2016 presidential race that Mexico would pay for the wall, which Mexico has refused to do.

Day 68:20Children are still being detained in U.S. custody, 18 months after the end of family separation

U.S. President Donald Trump’s family separation policy ended in June 2018, but hundreds of children arriving as asylum seekers have been separated from their families since then and refugee advocates say the conditions under which they are being held are unjust. 8:20

In 2019, Trump’s administration redirected $2.5 billion US from military counter-narcotics programs for border wall construction in California, New Mexico and Arizona.

The Southern Border Communities Coalition, a group advocating for people living in border areas, joined the Sierra Club environmental group in suing to try to block Trump’s action. The challengers have said the wall would be disruptive to the environment in part because it could worsen flooding problems and have a negative impact on wildlife.

U.S. District Judge Haywood Gilliam in Oakland, Calif., ruled in May 2019 that the administration’s use of the Pentagon funds for a border wall was unlawful. The judge also issued an injunction blocking the transfer of funds.

In July 2019, the Supreme Court by a 5-4 vote lifted Gilliam’s injunction, allowing the project to move forward while the litigation continued. But the San Francisco-based 9th U.S. Court of Appeals ruled 2-1 on June 26 that Trump’s diversion of funds was unlawful because he lacked constitutional authority to authorize such a transfer.

The funding transfers have enabled the administration to build more than 160 km of fencing in areas identified by the Department of Homeland Security as drug-smuggling corridors, Justice Department lawyers said in a court filing.

The White House in early 2018 had an offer on the table from Congress for $25 billion for the wall and other border security measures, spread over several years, according to Texas Republican John Cornyn and Illinois Democrat Dick Durbin, but it was rejected because of concerns by the administration it didn’t sufficiently address illegal immigration.

Trump during his first term also deployed thousands of troops to the southern border for support even though by law they are prohibited from interacting directly with migrants. 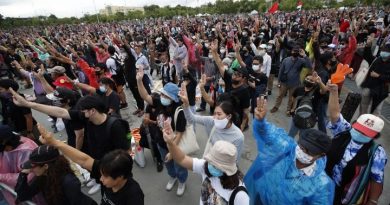 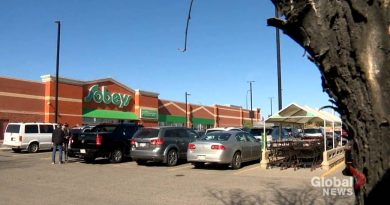