Mail-in voting has gotten off to a rocky start in New York City, where election officials sent out a large number of absentee ballots with the wrong names and addresses on the return envelopes.

The faulty ballots were sent to an unknown number of voters in Brooklyn, N.Y., and could result in ballots being voided if voters sign their own name on return envelopes bearing different names. More than 140,000 ballots have already been sent out so far across the borough, and it is unclear how many people got the wrong envelopes.

The New York City Board of Elections blamed the problem on the Rochester, N.Y.-based vendor hired to print and mail the ballots for voters in Brooklyn and Queens.

The faulty ballots are limited to just “one print run” sent to Brooklyn voters, the board’s director Michael Ryan said at a Tuesday board meeting. He didn’t say how many ballots were printed in that run, but said the vendor said the error “has been caught and corrected moving forward.”

All voters potentially impacted by the error will receive new reprinted ballots and envelopes before the Nov. 3 election from the vendor — which will cover the cost, Ryan said.

He said the move will “make certain that absolutely no disenfranchisement occurs in the borough of Brooklyn.”

But it’s unclear exactly how the city will handle voters who had already mailed their completed ballot back in the provided envelopes.

Ryan said elections workers will reach out to voters by social media and, if available, by telephone and email addresses. And he said the board will ensure all received ballots are “appropriately processed” and tallied votes are “properly credited” to voters.

“It is essential that confidence be established on this process and that we make certain we have all the voters who potentially have a problem have a full and fair opportunity to remedy that problem,” Ryan said.

Meanwhile, the city elections board was also dealing with confusion regarding another printing anomaly on absentee ballots.

Absentee ballots in the city are sent out with a heading: Official Absentee / Military Ballot. This year, the slash between “absentee” and “military” was left out, leading some voters to believe they had mistakenly been mailed a ballot for use only by members of the military.

The board tweeted that the ballot was still good for use by any registered voter.

The city’s Public Advocate Jumaane Williams said the city’s board of elections has again failed to ensure a “smooth, stable, secure election” and called for an investigation and possibly replacement of the vendor.

Marla Garfield, a 46-year-old editor who lives in Park Slope in Brooklyn, said she received a ballot envelope with another person’s name and a ballot labelled “Absentee Military.”

Garfield said she’s “furious” about the errors, is voting in-person instead. She said she’s worried the confusion will fuel distrust in mail-in-voting and opposition from Republicans over November election results.

In Brooklyn’s Sheepshead Bay section, 28-year-old Victoria Edel, said her family of four was excited to open up their ballots to vote by mail. They had requested them online Aug. 22.

Then, they discovered she had received her younger brother’s ballot envelope. Her younger brother had her mother’s. Her mother had the envelope of a woman who appears to live nearby. She said she’s worried about people who don’t watch the news and perhaps are still sending back ballots in wrong envelopes.

“It feels like it’s really easy for a lot of people to be disenfranchised this way,” Edel said. She’s hopeful she’ll get her correct envelope eventually.

Because of the coronavirus pandemic, more than 400,000 New York City residents voted by absentee ballot, a figure that was 10 times the number of absentee ballots cast in the 2016 primary.

Meanwhile in Wisconsin, a federal appeals court upheld a six-day extension on Tuesday for counting absentee ballots for the presidential election, handing Democrats a victory in their fight to deliver the key battleground state for Democratic presidential candidate Joe Biden in November.

The decision, if stands, means that ballots postmarked on or before Nov. 3 will be counted as long as they are received by Nov. 9. That could mean the winner in Wisconsin won’t be known for days after the polls close.

Republicans are likely to appeal the case to the U.S. Supreme Court.

The decision came just two days after the appeals court put the lower court’s ruling granting the extension on hold. The appeals court vacated that ruling, saying Republicans who sued did not have standing. The court gave Republicans one week to argue why the case should not be dismissed.

Absentee ballots are normally due in local clerks’ offices by 8 p.m. on election day to count, but the Democratic National Committee, the state Democratic Party and allied groups, including the League of Women Voters, sued to extend the deadline after the April presidential primary saw long lines, fewer polling places, a shortage of workers and thousands of ballots mailed days after the election.

U.S. District Judge William Conley ruled Sept. 21 that ballots that arrive up to six days after election day will count as long as they’re postmarked by election day.

As of Tuesday, more nearly 1.2 million absentee ballots had been required and more than 308,000 had been returned. Republicans argued on appeal that the current absentee voting rules be left in place, saying people have plenty of time to obtain and return their ballots.

Conley also extended the state’s deadline for registering by mail or electronically by seven days, from Oct. 14 to Oct. 21 and declared that poll workers can work in any county, not just where they live. Clerks have reported fears of the virus caused shortages of poll workers in both Wisconsin’s spring presidential primary and state primary in August. Loosening the residency requirements could make it easier to fill slots. 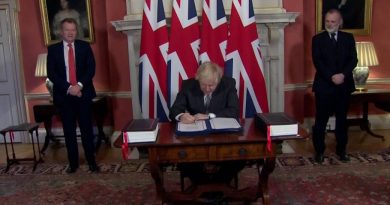