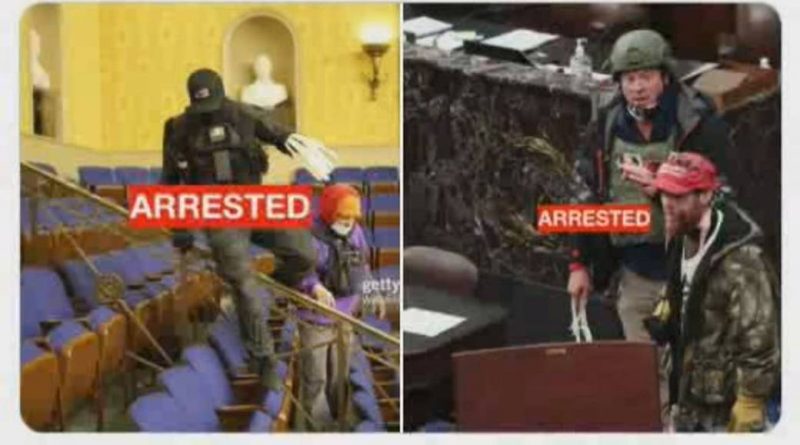 A second Republican lawmaker from West Virginia who marched to the U.S. Capitol to support overturning Democrat Joe Biden‘s presidential win said in a radio interview Monday that he hopes President Donald Trump “calls us back.”

State Sen. Mike Azinger told the broadcast outlet that the crowds loyal to Trump were “inspiring and patriotic.”

“I think the president laid out the point of the mission,” he added, speaking to West Virginia Metro News. “It was to pressure the Republican congressmen to challenge the electoral votes.”

Azinger was among more than a dozen lawmakers from at least nine states that joined crowds that descended on Washington last Wednesday to back the baseless claim that the election was stolen. Only one lawmaker was known to have gotten inside the Capitol and since was charged with a crime and resigned. Others have said they participated peacefully.

It was unclear how far Azinger had proceeded in the march to the Capitol grounds that day. Yet he called the scene at the Capitol “peaceful” and described seeing flag-waving crowds and people seated on the Capitol steps, far beyond the original security perimeter that was quickly overrun by rioters.

“Our president called us to D.C.,” said Azinger, who did not return an email seeking comment. “I hope he calls us back.”

The FBI is warning of the threat of armed protests at all 50 state capitals and in Washington in the days leading up to President-elect Joe Biden’s Jan. 20 inauguration, prompting heightened security.

“I hope and pray that West Virginians have good judgement in what they do,” Republican West Virginia Gov. Jim Justice said about the potential for violence at protests outside his own statehouse. “I’m sure there will be (a) heightened alert.”

In northern Virginia, two Loudoun County officials called Monday for Republican state Del. Dave LaRock to resign for joining the crowds last Wednesday in Washington. LaRock last week said the demonstrators were peaceful save for “a small element who likely infiltrated this patriotic group for the purpose of inciting violence.”

He and two other Virginia Republican lawmakers had sent a letter last Tuesday to Vice-President Mike Pence asking him to nullify the presidential election results in Virginia, a state Biden won by 10 percentage points.

Elsewhere, incoming Republican Colorado state Rep. Ron Hanks told a local radio station last week that he arrived for Trump’s rally at the Ellipse outside the White House early that Wednesday morning of the violence. The president used the occasion to urge supporters to “fight like hell.”

Hanks said he marched with supporters to the U.S. Capitol afterward. “I was a little surprised to see people already on the scaffolding, with the Trump flag, and so forth,” he told Heart of the Rockies Radio.

“From the standpoint of the violence, two of us went around to the back of building, which is where the next meeting was supposed to form up,” he said, “and by that time people had already entered the building.”

Azinger blamed far-left elements on social media for distorting what was “a quintessentially American” display of the First Amendment on Jan. 6. The Associated Press has reported that more than 120 people either facing criminal charges or who were identified at the riots are fervent Trump fans, not left-wing activists.

“I’ve got people on Facebook, sending a picture of me with my boys outside the Capitol. They’re sending it to the FBI to try to get me put in handcuffs,” Azinger said, without elaborating.

West Virginia state Del. Derrick Evans resigned last Saturday, a day after federal prosecutors charged him with entering the U.S. Capitol. He had livestreamed himself with a mob of Trump supporters. His resignation letter said he took full responsibility for his actions and that he regretted “any hurt, pain or embarrassment I may have caused.”

If convicted, he faces up to a year and a half in federal prison for two misdemeanour charges of entering a restricted area and disorderly conduct. 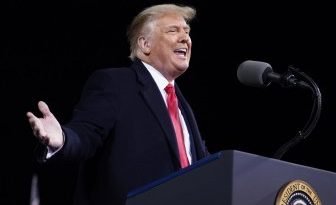