Immigration Minister Marco Mendicino repeatedly dodged questions on whether Ottawa is willing to restrict Chinese international students or urge Canadians in Hong Kong to leave as the Chinese regime continues to violate the binding international treaty on the governance of the former British colony.

The federal government last week announced three new avenues for young, educated Hong Kongers to immigrate to Canada amid what Mendicino called “grave concerns” about the Chinese imposition of a draconian security law that criminalizes virtually all forms of dissent.

But the government and other allied nations have so far done little to punish Chinese Communist Party officials for the regime’s crackdown, ignoring calls from activists and senators to look at measures such as Magnitsky sanctions or barring the children of regime leaders from studying abroad.

In an interview with The West Block‘s Mercedes Stephenson, Mendicino would not say whether any other measures were being considered, including the evacuation of Canadians in Hong Kong.

Mendicino said the government has taken a “very strong and principled stand” against China and pointed to the suspension of an extradition treaty with Hong Kong, as well as restricting military exports to the region, in response to Beijing’s security law and detention of Michael Kovrig and Michael Spavor.

Both have been arbitrarily detained by Beijing in what Chinese officials have repeatedly hinted is retaliation for the arrest of Huawei CFO Meng Wanzhou in December 2018.

“Yesterday’s announcement does come against that backdrop, and we will continue to take those strong and principled stands as is necessary,” Mendicino said.

“It doesn’t really answer the question I asked you, but I want to move on to asking you about whether you are prepared to evacuate the 300,000 Canadians who live in Hong Kong, if necessary,” Stephenson said.

“The 300,000 Canadian citizens who are currently living in Hong Kong enjoy a right of return and subject to following the COVID health protocols, which are in place to protect all of us, they can come back whenever they choose,” he said.

Jeff Nankivell, consul general to Hong Kong, said last month that diplomatic staff have the resources available for an emergency evacuation if needed.

“We have resources identified to cover a range of situations, including where the urgent departure of a large number of Canadians would be necessary,” Nankivell said in testimony before the special committee on Canada-China relations.

“The likelihood of that kind of extreme scenario seems right now to be very low but it’s our job to plan for the most extreme situations.”

Mendicino was asked by Global News during his press conference announcing the immigration changes on Thursday whether Canadians living and working in Hong Kong were any less safe than they were prior to the announcement of the new measures.

Mendicino did not answer the question, saying only that the government continues to be “gravely concerned” about the situation on the ground in Hong Kong. 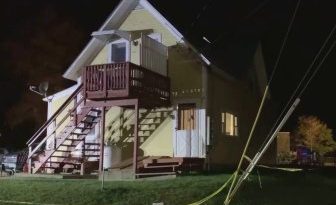