The Central Asian nation of Kyrgyzstan slid deeper into chaos as rival opposition factions made grabs for power on Wednesday, a day after they stormed government buildings, forcing the prime minister to quit and a parliamentary election to be annulled.

Left isolated by the resignation of Prime Minister Kubatbek Boronov’s government late on Tuesday, President Sooronbai Jeenbekov called for all party talks during an interview with the BBC.

Two presidents have been overthrown in Kyrgyzstan in the past 15 years, and longtime ally Russia expressed concern as protests spread across the country, which borders China, in the wake of Sunday’s vote.

Late on Tuesday, its parliament agreed to nominate opposition politician Sadyr Zhaparov — freed from prison by protesters just hours earlier — for prime minister, but an angry mob then broke into the hotel where it convened, forcing Zhaparov to flee through a back door, according to Kyrgyz media.

On Wednesday morning, the self-proclaimed People’s Coordination Council set up by several opposition parties said it would not recognize Zhaparov’s interim cabinet and was assuming all state powers itself and dissolving parliament.

A total of 16 parties took part in Sunday’s election and 11 refused to accept the results, which had handed victory two establishment groups. As protests grew, the election commission annulled the vote.

Making a late night appearance on television, Zhaparov said he would propose a constitutional reform before holding presidential and parliamentary elections in two to three months.

But the split among opposition parties and power grabs by competing factions has plunged the nation of 6.5 million people into uncertainty.

Residents in the capital, Bishkek, quickly formed vigilante neighborhood watch units to reinforce police, having suffered during violent revolts followed by looting in 2005 and 2010.

There were scuffles overnight between vigilantes and protesters who tried to force their way into government buildings or attacked businesses such as shops and restaurants, according to a report by local news website 24.kg. 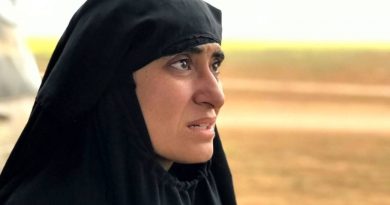 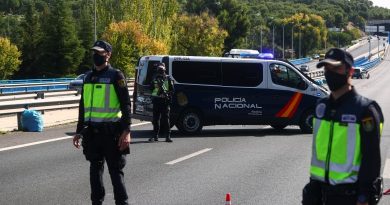