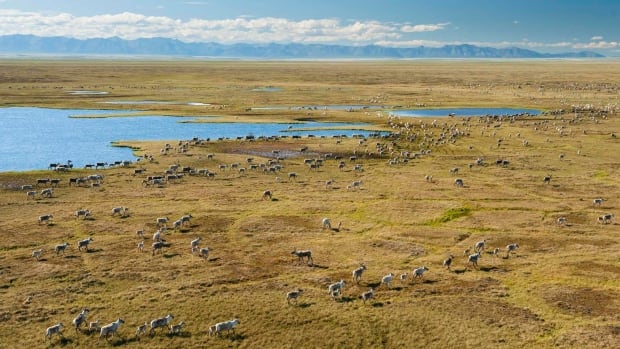 A U.S. judge on Tuesday refused to halt oil and gas lease sales in Alaska’s Arctic National Wildlife Refuge that were pushed by the Trump administration in its final days.

The ruling involves a region valued by conservationists for its beauty and wildlife and seen as sacred to some Indigenous people but viewed by others as a way to boost oil production and create jobs.

The judge was asked to halt the sale until underlying lawsuits are resolved. But in her ruling, Gleason said the groups had not shown a level of harms necessary for her to grant an injunction now.

The U.S. Bureau of Land Management has said the sale is in keeping with a 2017 law, while critics say the Trump administration is trying to rush the process before president-elect Joe Biden takes office later this month. During the campaign, Biden expressed interest in “permanently protecting” the refuge.

The fight over opening to development the refuge’s coastal plain, which is off the Beaufort Sea, dates back decades for a state whose economic fortunes have been tied to oil.

Supporters see it as a way to bolster oil production that’s currently a fraction of what it was in the late 1980s and create or sustain jobs in a rural region that relies heavily on the industry.

Critics counter the region is special, providing habitat for wildlife including caribou, polar and grizzly bears, wolves and birds, and should be off limits to drilling. The Indigenous Gwich’in consider the refuge’s coastal plain sacred and have argued that protecting it and a caribou herd that migrates to the area is a human rights issue.

Interest in drilling not clear

It’s not clear what level of interest there might be among companies in drilling in the area. Kara Moriarty, president and CEO of the Alaska Oil and Gas Association, has said companies keep such intentions quiet for competitive reasons. North Slope oil has ticked above $50 a barrel in recent weeks after being below that mark for much of 2020.

A number of banks have announced plans to stop lending to projects in the Arctic, decisions denounced by the state’s congressional delegation and Gov. Mike Dunleavy, who have touted Alaska’s environmental standards for resource extraction.

The National Audubon Society and several other conservation groups were among those that sought to have the issuance of leases blocked until decisions are made on the lawsuits challenging whether environmental reviews were adequate. Attorneys argued their case before Gleason on Monday.

Kate Glover, an attorney for the plaintiffs, said scars on the landscape from surveys to search for oil and gas deposits and aircraft flying in the area were some of the potential harms they hoped to avoid while their case is being heard.

Paul Turcke, an attorney for the federal government, said any potential harms were hypothetical and speculative. Tyson Kade, an attorney for some of those intervening in the case in support of the government’s position, including the North Slope Borough and Native Village of Kaktovik, argued his clients could face economic effects, such as loss of jobs and revenue, if lease-related activities don’t move forward.

The Trump administration also has moved to open an additional 28,326 square kilometers for oil and gas development in the National Petroleum Reserve-Alaska. Conservation groups criticized the plan as rushed and lacking protections, particularly for a wetland area known for its birds and caribou habitat. The government countered that its plan includes safeguards for wildlife and other resources.

The administration last fall announced plans to lift restrictions on logging and building roads in the country’s largest national forest, the Tongass, in southeast Alaska. State political leaders pushed for the decision, and conservation groups vowed to fight it.

An outlier in the Trump administration’s resource development push in Alaska came in November, when the U.S. Army Corps of Engineers denied a proposed copper and gold mine near the headwaters of the Bristol Bay salmon fishery in southwest Alaska. The corps called the controversial project “contrary to the public interest.” Northern Dynasty Minerals Ltd., which is working to develop the proposed Pebble Mine, last month said it would appeal the decision.

Among those opposing the Pebble Mine project was President Trump’s eldest son, Donald Trump Jr.