Americans awoke on Thursday to celebrate a Thanksgiving Day transformed by the pandemic, with the Macy’s parade limited to a television-only event and many families resigned to meeting on video for turkey dinner.

The parade in New York has been scaled back significantly. The route is a block long, rather than more than four kilometres; balloon handlers have been replaced by specially rigged vehicles; and spectators will not be allowed to line the streets as before.

U.S. hospitalizations for COVID-19 reached a record 88,000 on Wednesday, and experts warn that Thanksgiving could significantly boost a death toll that has exceeded 260,000 nationwide.

With case numbers rising, health officials in the U.S. have urged people to avoid large gatherings over the holiday.

Dr. Anthony Fauci, director of the National Institute of Allergy and Infectious Diseases, said he knows it’s difficult to skip or change traditions.

“A sacrifice now could save lives and illness, and make the future much brighter as we get through this,” he said on Good Morning America on Wednesday.

“That’s my final plea before the holiday.”

British Columbia reported 13 additional deaths and 738 new cases of COVID-19 on Wednesday as hospitalizations in the province hit a new high. Health officials said 294 people were hospitalized, with 61 in critical care.

Health officials also noted that the record high case number reported earlier this week of 941 new cases was the result of a data collection error in the Fraser Health region. The correct number was actually far lower, at 695.

During Wednesday’s COVID-19 update, Dr. Bonnie Henry announced a data correction on the number of new cases released in recent weeks. Our <a href=”https://twitter.com/j_mcelroy?ref_src=twsrc%5Etfw”>@j_mcelroy</a> tells us what it means for the total cases reported over the last few days. <a href=”https://t.co/Z3Fx66M7wz”>pic.twitter.com/Z3Fx66M7wz</a>

Alberta‘s death toll from COVID-19 has risen to 500 as case numbers in the province continue to climb, with 1,265 new cases reported on Wednesday.

“This is a tragic milestone,” Chief Medical Officer of Health Dr. Deena Hinshaw said of the deaths on Twitter. “My sympathies go out to the loved ones and friends who are mourning these lives lost during what is a very difficult time to grieve.”

The province — which had 13,719 active cases on Wednesday — also reported 355 COVID-19 hospitalizations, with 71 in intensive care.

Saskatchewan made changes to its COVID-19 restrictions on Wednesday, including restricting capacity for places like casinos and movie theatres and changing rules for restaurants.

Premier Scott Moe, who spoke from self-isolation after a possible COVID-19 exposure, has previously said he’s not in favour of a complete lockdown.

Saskatchewan reported 164 new cases of COVID-19 on Wednesday, bringing the number of active cases in the province to 3,012. 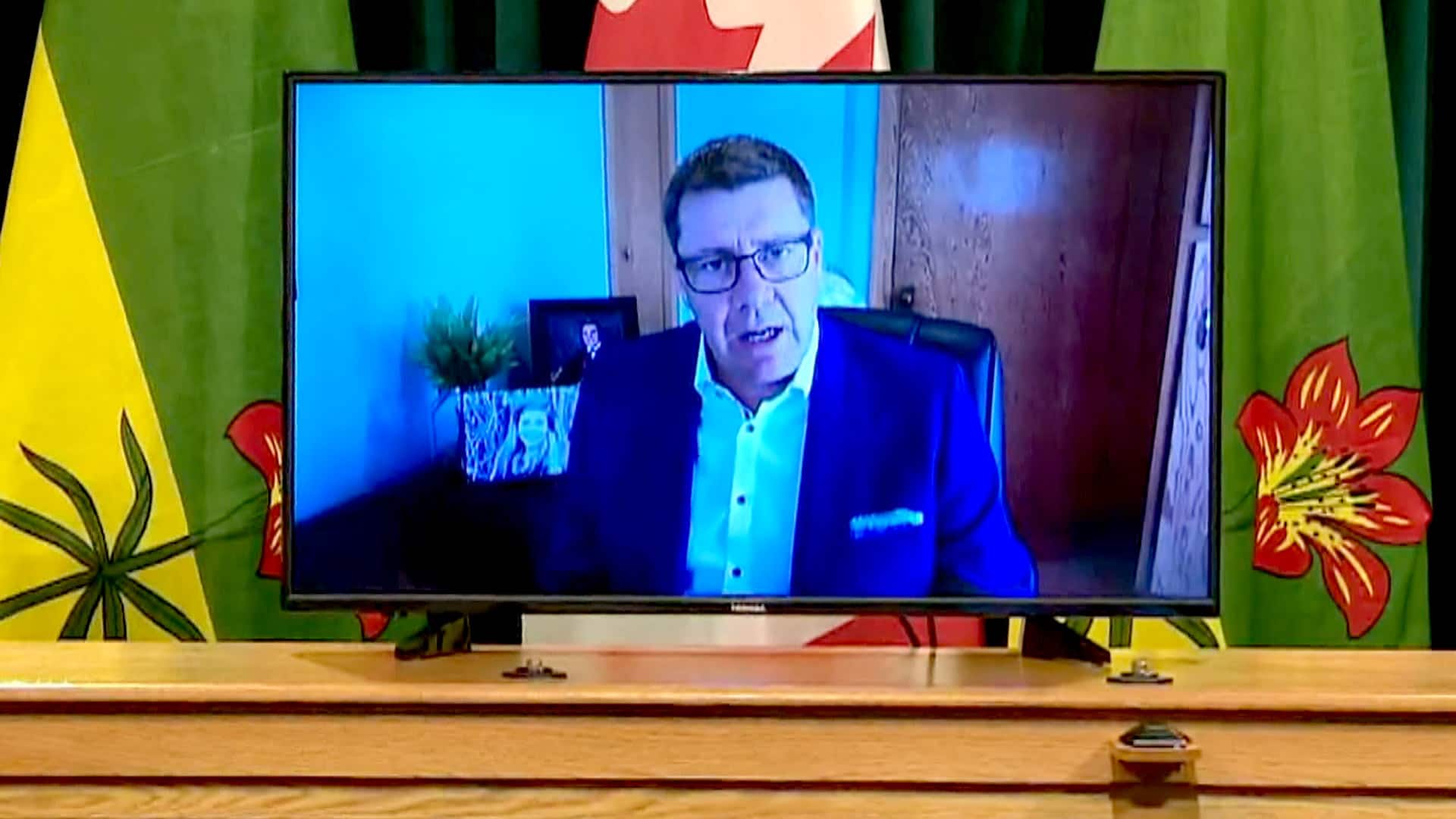 Despite a push from doctors in the province, Saskatchewan’s new rules to fight the COVID-19 pandemic appear to be more of a tweak than a tightening. 2:01

In Manitoba, a small hospital is temporarily closing so staff can be redeployed to help fight a COVID-19 outbreak at another facility. Staff from the Grandview Hospital will be sent to Grandview Personal Care Home “to assist in providing care and support for the residents and their families,” a statement from the local health authority said.

Health officials in Manitoba reported 349 new cases of COVID-19 on Wednesday and said hospitalizations had reached a new high of 303, with 50 in intensive care.

Ontario‘s premier is urging people to limit indoor holiday celebrations to their own household, saying “traditions will have to be adjusted” this year as the province battles the ongoing pandemic.

Doug Ford’s comments came on the heels of a report from Ontario’s auditor general that sharply criticized the province’s COVID-19 response.

WATCH | Stick to your own household for the holidays, says Ontario premier: 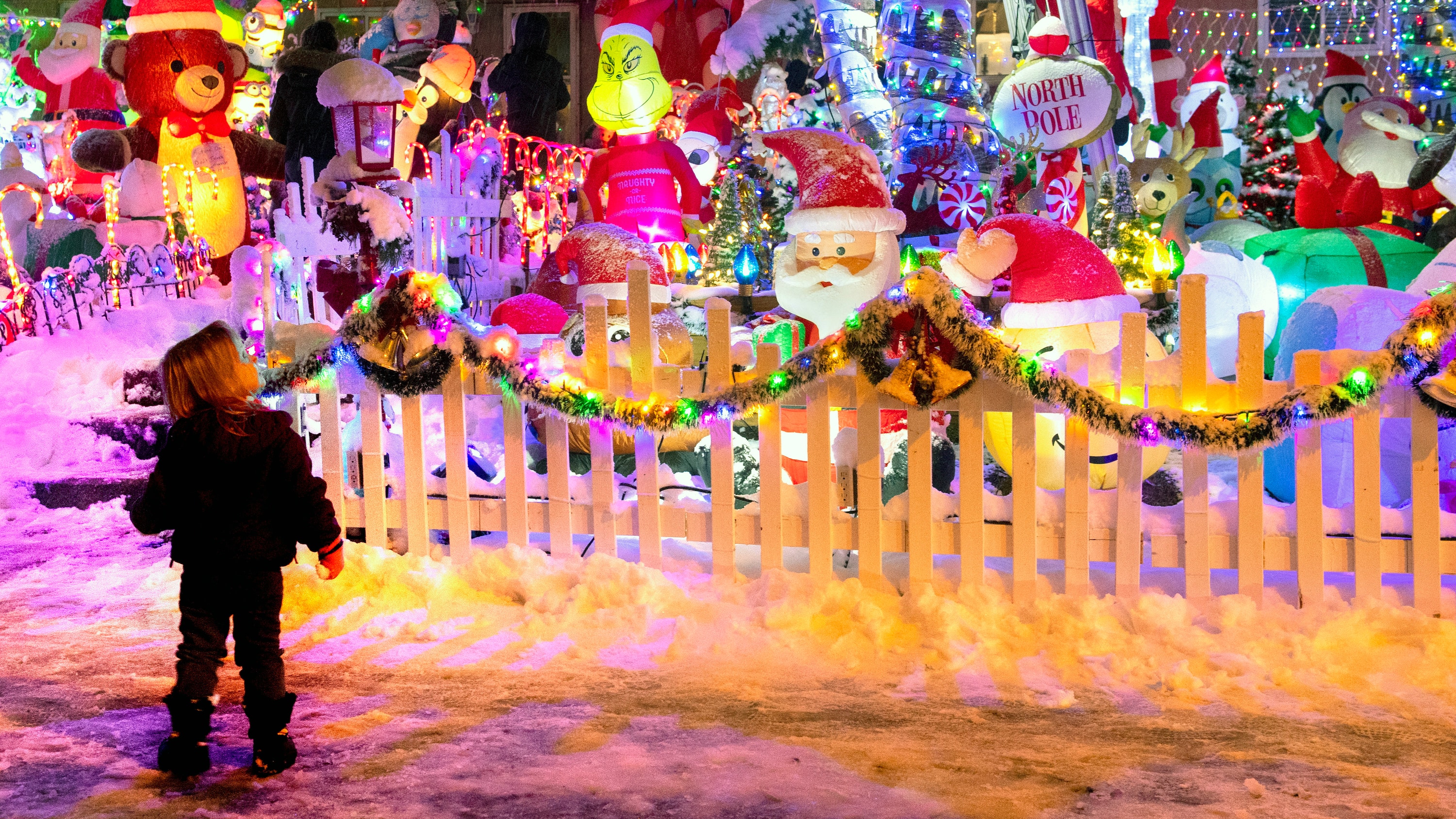 Ontario Premier Doug Ford appealed to Ontarians to avoid large gatherings over the holidays to try to limit the spread of the coronavirus.   1:07

Ontario reported 1,478 new cases of COVID-19 on Thursday, with 572 in Peel Region and 356 in Toronto. The province reported 21 new deaths, bringing the provincial death toll to 3,575. Hospitalizations stood at 556, with 151 in intensive care, according to a provincial dashboard.

In Quebec, health officials on Thursday reported 1,464 new cases of COVID-19 and 32 additional deaths. Hospitalizations stood at 675 with 90 in intensive care.

Across the North, Nunavut reported 11 new cases, while Yukon reported one new case. There were no new cases reported in the Northwest Territories.

From The Associated Press and Reuters, last updated at 11:55 a.m. ET

As of early Thursday morning, there were nearly 60.5 million reported cases of COVID-19 worldwide with more than 38.8 million of those considered recovered or resolved, according to a Johns Hopkins University tracking tool. The global death toll stood at more than 1.4 million.

In Europe, Germany has passed the grim milestone of more than 15,000 deaths from the coronavirus. The Robert Koch Institute, the country’s disease control centre, said Thursday that another 389 deaths were recorded overnight, bringing the total since the start of the pandemic to 15,160.

Germany has seen 983,588 total cases of the coronavirus after adding 22,368 overnight, the agency said.

It was initially slated to last four weeks, but Chancellor Angela Merkel and the country’s 16 state governors agreed late Wednesday to extend it through Dec. 20 with a goal of pushing the number of new coronavirus cases in each region below 50 per 100,000 inhabitants per week. It’s currently at 140 per 100,000.

Greece will extend its nationwide lockdown until Dec. 7 as COVID-19 cases continued to surge across the country, government spokesman Stelios Petsas said on Thursday.

Russian President Vladimir Putin on Thursday inaugurated a pharmaceutical plant in Siberia that will manufacture drugs to treat COVID-19 as the country reported record high numbers of new coronavirus infections and deaths.

Russia has experienced a surge in infections since September, but authorities have resisted imposing lockdowns, relying instead on targeted measures in certain regions.

Russia reported a record high of 25,487 new coronavirus infections on Thursday and 524 deaths in the last 24 hours, the highest numbers it has reported since the start of the pandemic.

Roszdravnadzor, the health-care watchdog, said on Thursday that some regions in the country of around 145 million were running out of hospital beds for COVID-19 patients, the TASS and RIA news agencies reported.

Africa‘s top public health official says vaccinations against COVID-19 on the continent might not start until the second quarter of next year. And he says it will be “extremely dangerous” if more developed parts of the world vaccinate themselves and then restrict travel to people with proof of vaccination.

The director of the Africa Centers for Disease Control and Prevention, John Nkengasong, told reporters that, “I have seen how Africa is neglected when drugs are available” in the past. He warned that “it’s clear the second wave [of infections] is here on the continent” of 1.3 billion people.

Africa last week surpassed two million confirmed coronavirus infections. The Africa CDC has been discussing vaccine options with Russia, China and others. Nkengasong said that “the worst thing we want for the continent is for COVID to become an endemic disease” in Africa.

In one hopeful development, authorities have begun distributing 2.7 million antigen tests throughout the continent, which Nkengasong said is “perhaps a game-changer” that allows for faster and easier testing. So far, some 21 million tests have been conducted across Africa’s 54 countries.

In the Americas, Mexico City has launched a test-and-trace approach to containing the coronavirus, after a rise in hospitalizations that has raised fears of a new economic lockdown.

In the Asia-Pacific region, South Korea reported 583 new cases, the highest since March, as it grapples with a third wave of infections that appears to be worsening despite tough new measures.

Japanese Prime Minister Yoshihide Suga says that the next three weeks are going to be key for the country to stop further escalation of the surge in coronavirus infections that experts warn are putting medical systems on the verge of collapse.

Tokyo Gov. Yuriko Koike on Wednesday issued a request for an early closing time for places serving alcohol from Saturday to Dec. 17 and urged residents to avoid non-essential outings. On Thursday, she said the measures are needed “before the situation becomes even more serious.”

Japan survived the first wave in the spring without hard lockdowns.

India’s capital New Delhi is considering a nighttime curfew amid the latest coronavirus surge that has battered the city’s health-care system and overwhelmed its hospitals.

The New Delhi government on Thursday told this to a court that had questioned the administration on the measures being taken to control the spike in daily cases.

The court was hearing a plea seeking to ramp up COVID-19 testing facilities in the capital, which has recorded the most number of cases from any state in India for the last three weeks and more than 100 fatalities on average every day for two consecutive weeks.

India’s new overall infections have declined steadily after peaking in mid-September, but the situation in the capital remains worrying.

India has recorded 9.26 million cases of coronavirus, second behind the U.S. More than 135,000 Indians have died because of the virus so far.

In the Middle East, Iran on Wednesday registered a daily record high of 13,843 new cases, the health ministry said, pushing the national tally to 894,385 in the Middle East’s worst-hit country. 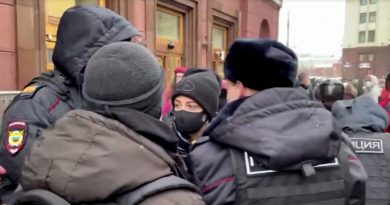 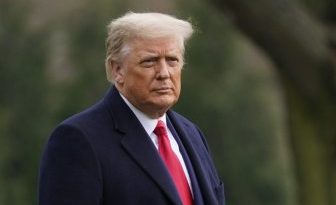