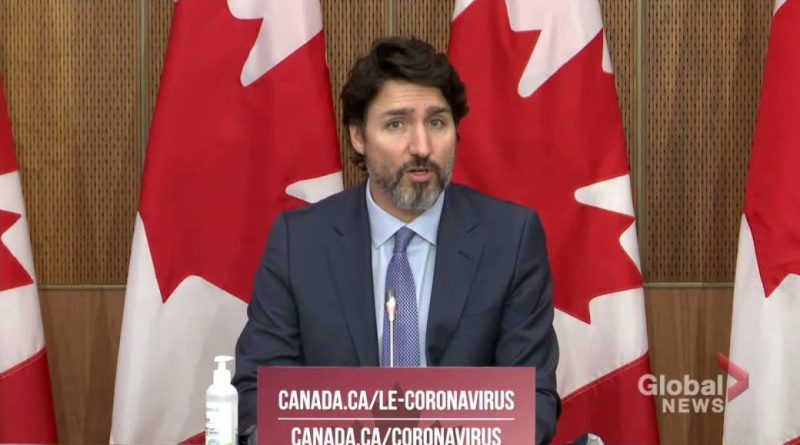 A sense of normalcy is on the horizon with COVID-19 vaccination rollout underway in Canada.

It’s expected the majority of Canadians could be vaccinated against the novel coronavirus by next September, according to Prime Minister Justin Trudeau.

Read more:
Low-income nations could be without a coronavirus vaccine until 2024, report says

While that’s great news for Canada, experts warn that unless other nations have access to vaccines, Canadians will have to continue to live in a “bubble” — meaning our borders could remain closed.

“It’s the old adage, ‘No one is safe until everyone is safe,’” Raywat Deonandan, an epidemiologist with the University of Ottawa, said. “We cannot get close to the eradication of coronavirus unless vaccines are made available to everyone.”

But vaccines may not be available to everyone, especially in low-income nations.

According to a Reuters investigation published Wednesday, COVAX, the global effort to deliver COVID-19 vaccines to poorer countries, faces a “very high” risk of failure, potentially leaving nations home to billions of people with no access to vaccines until as late as 2024.

That is because the program is struggling from a lack of funds, supply risks and complex contractual arrangements, which could make it impossible to achieve its goals, the investigation found.

“One could argue that if I am vaccinated, what do I care?” Deonandan said. “But we don’t know if the vaccination makes you immune to being infected again. If the disease is prevalent anywhere, then we all suffer the probability of infection. “

He warned that unless other nations have access to vaccines, then Canadians hoping to travel internationally in the near future will be out of luck.

Canada is one of the largest contributors to the COVAX program, according to the federal government.

In a statement to Global News, the office of the Prime Minister said that Canada had announced a $440 million into COVAX — the second-largest contribution any country has made so far.

Canada’s Minister of Democratic Institutions Karina Gould told Global News Wednesday, the country recognizes how “important it is for us to respond to this issue globally.”

“Until we defeat COVID everywhere, we defeat in nowhere,” she said.

The Canada-U.S. border has been closed since March. The border restrictions, which do not cover trade or travel by air, have been rolled over several times and will remain until at least Jan. 21 of next year in an effort to curb rising cases of the novel coronavirus.

The federal government has also warned that non-essential travel outside of Canada must be avoided.

As the vaccines continue to roll out and coronavirus levels potentially start to lower in the country, many Canadians may be itching to hop on a plane for a much-needed vacation, or even cross the border into the United States to see friends or family.

But Deonandan said that if other nations can’t innoculate their citizens, then the coronavirus will continue to spread, and travelling may be impossible.

“There’s no such thing as a hermetically sealed nation that no infection seeps into,” he explained. “Even the countries that have isolated themselves, like Australia and New Zealand, they monitor their borders very, very carefully and they’re always finding coronavirus cases.”

As of Thursday, there have been more than 74 million cases of COVID-19 worldwide, and the numbers are continuing to grow. The virus that has killed more than 1.6 million people has exposed vast inequities between countries, as fragile health systems and smaller economies were often hit harder.

And many low-income nations lack the funds, resources and infrastructure to efficiently roll out a coronavirus vaccine.

Their best chance of receiving a COVID-19 vaccine is through the COVAX initiative, led by the World Health Organization. But the initiative has secured only a fraction of the two billion doses it hopes to buy over the next year, has yet to confirm any actual deals to ship out vaccines and is short on cash.

Gould said Canada is pushing for other nations to contribute more to the COVAX initiative, as there is still $4.8 billion to raise in order to make advance purchase agreements with pharmaceutical companies.

She warned that if the vaccines do not reach people around the world, not only will it cause inequity in healthcare in poor nations, but also it could lead to a continued border closure in Canada.

“We can do everything here at home to protect ourselves from COVID-19, but we don’t want to keep our borders closed in the long-term. We want to be connected to the world,” Gould said. “And so that’s why having this international mechanism to try and address these challenges is so important.”

According to a recent report, nine out of 10 people in 70 low-income countries are unlikely to be vaccinated for the virus in 2021 because the majority of the most promising vaccines have been bought up by the West.

Rich countries with 14 per cent of the world’s population have secured 53 per cent of the most promising vaccines, according to the People’s Vaccine Alliance, which includes Amnesty International, Frontline AIDS, Global Justice Now and Oxfam.

Canada has secured more doses per head of population than any other – enough to vaccinate each Canadian five times, said the alliance.

“COVAX is all about allowing nations to purchase vaccines, but if a vaccine is not there to purchase, you cannot purchase it,” Deonandan said.

He recommended that nations, like Canada, commit to donating vaccines once the country reaches a surplus — potentially by the end of 2021.

“Maybe some people aren’t on board with just giving it away,”  Deonandan said, adding there could be agreements put in place for surplus supply to be made available to COVAX for purchase.

“There are all kinds of strategies to prevent it from sitting in a warehouse going to waste.“

The WHO has pointed to the global effort to eradicate smallpox as a way to combat the coronavirus.

Smallpox was eradicated 40 years ago after “unprecedented” co-operation between nations, and a similar global effort could help bring an end to COVID-19, World Health Organization officials said in May.

In 1959, the WHO started an initiative to eradicate smallpox. Although the virus had been stamped out in rich nations, it continued to spread in populations in South America, South Asia and Africa.

But the global eradication campaign suffered from a lack of funds and a shortage of vaccine donations.

In 1967 there was a renewed global effort to eradicate the deadly disease, which included measures such as increased financial aid and vaccine donations. In 1980, the World Health Assembly officially declared the world free of smallpox.

Speaking in May on the occasion of the 40th anniversary of the eradication of smallpox, WHO director-general Tedros Adhanom Ghebreyesus said that “smallpox is the first and to date the only human disease to be eradicated globally.”

“Humanity’s victory over smallpox is a reminder of what’s possible when nations come together to fight a common health threat,” Tedros said. “Many of the basic public health tools that were used successfully then are the same tools that have been used to respond to Ebola and to COVID: disease surveillance, case finding, contact tracing and mass communication campaigns to inform affected populations.”