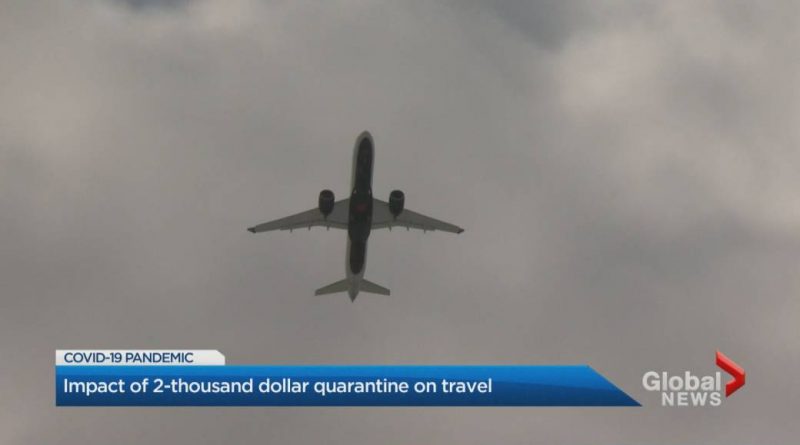 New restrictions on flights from the Caribbean and Mexico announced Friday are likely to trigger bankruptcies in Canada’s airline sector and force permanent closures for airports and travel agencies, aviation experts say.

“Today’s announcement really was the nail in the coffin for the airline and tourism business,” said Robert Kokonis, founder and managing director of aviation consulting firm AirTrav Inc. “We’re going to see bankruptcy filings, you might even see a few outright failures.”

John Gradek, a lecturer at McGill University and the head of its Global Aviation Leadership Program, said Sunwing and Transat A.T. Inc. are most at risk of bankruptcy, given their reliance on flights to sun destinations.

Sunwing said it was “categorically untrue” that the airline is at risk of bankruptcy. Spokeswoman Melanie Filipp said that the decision to suspend flights to all sun destinations was based on ongoing collaboration with the government and the Canadian aviation industry.

Transat announced a complete suspension of all Air Transat flights, including to Europe, until April 30 and is repatriating customers to Canada over the next two weeks.

“We will do everything we can to return our customers back to Canada,” said CEO Jean-Marc Eustache.

At WestJet Airlines Ltd. and Air Canada, Gradek said he expected further cuts, including layoffs of between 400 and 500 at WestJet and around 2,000 at Air Canada.

For Air Canada, flights to sun destinations represent around 12 per cent of total revenue, which would translate to around $200 million in lost revenue between now and April 30, Gradek estimated.

The experts’ comments came as Prime Minister Justin Trudeau announced that airlines have reached an agreement with the government to halt flights to the Caribbean and Mexico until April 30.

The government will also require entrants to Canada to quarantine in a hotel on arrival, costing them more than $2,000, Trudeau said. If travellers test negative for COVID-19 after three days, they will be allowed to quarantine at home, albeit under increased surveillance.

If entrants test positive for the virus, they will have to complete their 14-day quarantine at a government facility to ensure they are not carrying a more aggressive variant of the disease, Trudeau said.

Airline bookings had already dropped significantly this month after the federal government announced that travellers entering Canada would have to provide proof of a negative COVID-19 test before departure. The drop in demand prompted airlines to cut more routes and staff, with Air Canada laying off 1,700 workers this month.

But this latest round of restrictions will limit travel even further, potentially forcing sweeping changes to the landscape of Canada’s aviation industry, Kokonis said.

“This will definitely finish off hundreds of travel agents, if not thousands, across the country,” he added.

Airlines have been in negotiations with the federal government for months over the terms of any sector-specific aid. Ottawa has said that any aid would be contingent upon airlines issuing full refunds to passengers who have had flights cancelled since the start of the pandemic.

On Friday, several industry groups said they hope the restrictions will prompt action by the government on financial relief.

The National Airlines Council of Canada, which represents the country’s major carriers, reiterated its call for government aid and said the organization looked forward to working with Ottawa on a recovery strategy for the industry.

“You can’t have one without the other. Further travel restrictions without providing financial support for airline workers is a risk to the very future of Canada’s airline industry,” stated Jerry Dias, the union’s national president.

The Canadian Airports Council said the country’s airports are burning through cash reserves, laying off staff and assuming additional debt with demand down 85 to 90 per cent since spring.

“Today, there is nothing left to cut, yet the restrictions keep piling on,” said president Daniel-Robert Gooch.

The Association of Canadian Independent Travel Advisors said the sector, especially those running storefront agencies, is in critical need of support to survive.

“I’m very disappointed that they would not have made this announcement today simultaneously with an announcement of aid,” added Kokonis.

The flights that remain, particularly trans-Pacific or transatlantic routes, are more financially important to the airlines than flights to sun destinations because of the contracts that airlines have to ship cargo along with them, Gradek said.

Those cargo routes are also important during the pandemic because they can be used to transport medical equipment and potentially vaccines, Gradek said.

“For those who wonder why all flights cannot simply be stopped, we note that doing so would lead to unintended consequences,” said Robert Giguere, CEO of the Air Canada Pilots Association. “Turning the tap off on aviation would turn off the supply chain of vital goods to Canadians _ including mail, PPE, and pharmaceuticals to name a few.”

“Last week, our pilots operated flights with very few passengers _ less than six per cent of pre-pandemic loads _ but carried millions of kilos of essential goods in the cargo hold into and across Canada,” Giguere said.

Airlines’ revenue from cargo has spiked during the pandemic, and could soon surpass revenue from passenger sales, Gradek said. In the last few months, Air Canada has converted some planes exclusively to carry cargo. 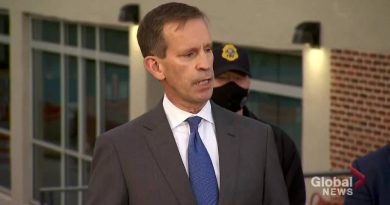 ‘The world is never going to forget me,’ suspect in Nashville explosion told neighbour – National