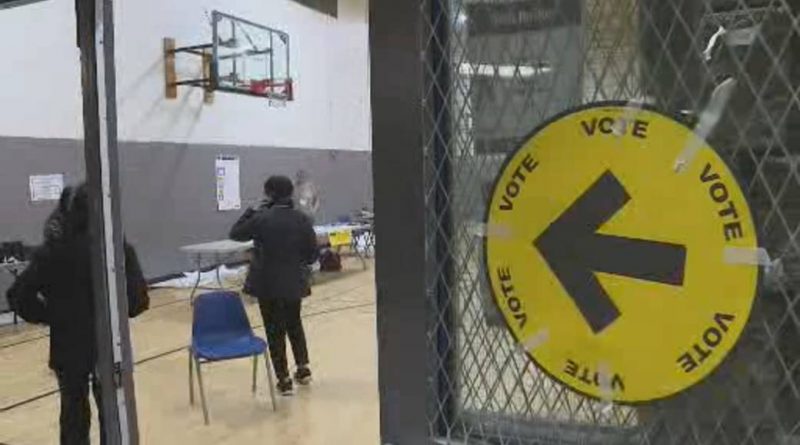 
Canada has been found to have the third-best “nation brand,” according to a newly released survey.

The 2020 Anholt-Ipsos Nation Brands Index (NBI) found that for a second consecutive year, Canada ranked third out of 50 countries.

This year, Canada placed behind both Germany and the United Kingdom.

The NBI is a comprehensive study that evaluates the perceptions of 50 nations from respondents in 20 countries.

“Each respondent rates a number of different nations on their perceptions of that country,” Jason McGrath Senior Vice President of Ipsos U.S. explained.

Respondents rate the countries based on their perceptions of six different categories or “dimensions.”

“Within each of those dimensions we rate a number of different variables, different attributes.”

An index is created for each dimension, and those results are then used to create an overall NBI score.

The countries are then ranked based on these scores. 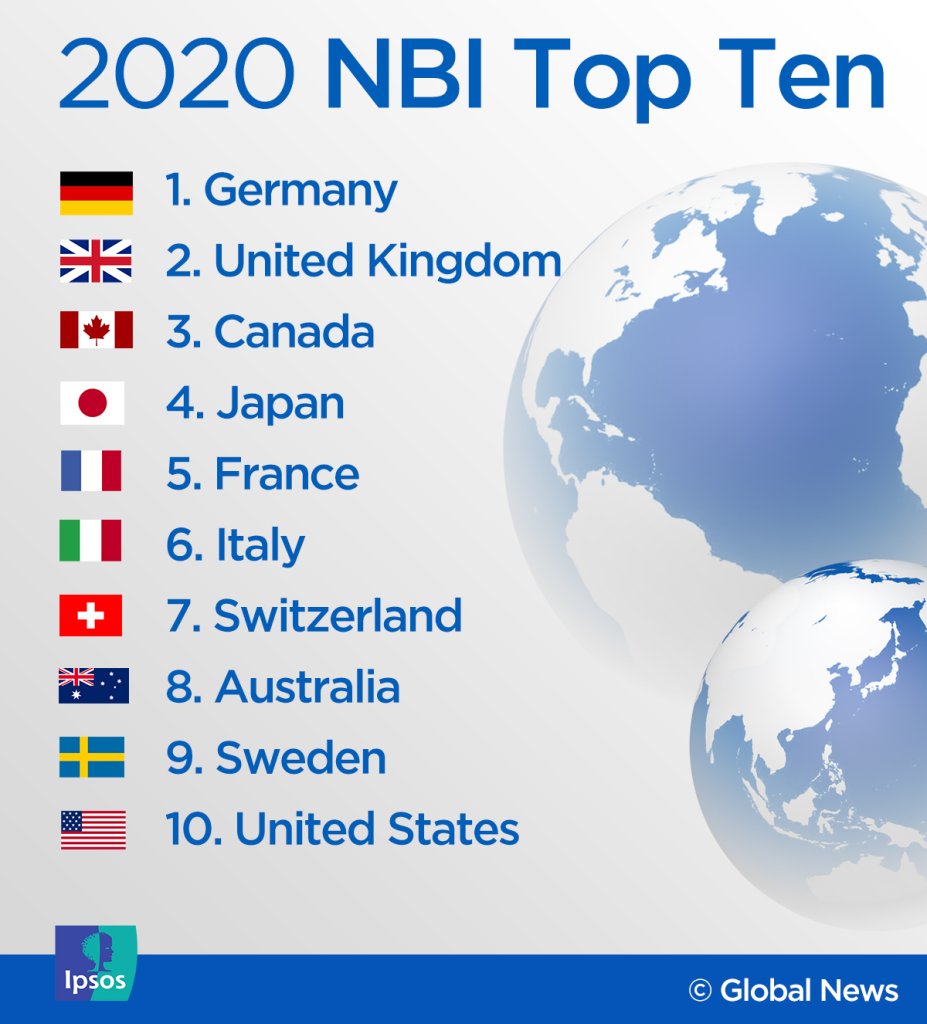 McGrath said he was not surprised to see Canada ranked so highly, adding that the country has always been “perceived quite strongly” in the NBI.

“(Canada) performs extremely well and it performs quite consistently with what we’ve seen in past years, despite the fact that this year we do see a bit more of a shakeup in our rankings,” he said.

Read more:
38% of Canadians would vote for Trudeau if election called for fall: poll

Canada also ranked fifth in the exports dimension, and among the top 10 in both tourism and culture.

McGrath said these “relative weaknesses” appear because respondents are asked a number of different questions on each topic.

He pointed to tourism as an example, saying respondents expressed a strong desire to visit Canada.

However, the country ranked low on perceptions of its historic buildings.

Overall, though, he said while Canada has some weaknesses, “there aren’t many.”

According to McGrath, the country has been slowly trending downward over the past eight years.

He said respondent’s perceptions of the U.S. government is the “predominant driver” of the decline.

“We’ve seen that being one of the U.S.’s relative weak points over these past few years, and that continues to accelerate this year,” he said.

Read more:
Trump can still win the U.S. election, despite lagging in the polls: experts

However, McGrath said the U.S. has been perceived as “relatively weak” in other areas over the last several years, too.

“Perceptions of quality of life in the United States declined over the past few years,” he said. “It went from fourth in 2015, down to ninth in 2019.“

But, McGrath said one of the most significant decreases was on respondent’s perception of equality in society in the U.S.

“It’s always been a reputational weakness for the United States,” he said. “But back in 2012, the United States ranked tenth on equality in society. In 2019, [the U.S.] dropped down to twentieth at that point.”

5:31
Coronavirus: ‘We’re not going to control the pandemic,’ Trump’s chief of staff says

Coronavirus: ‘We’re not going to control the pandemic,’ Trump’s chief of staff says

McGrath said while it was on decline during the Obama administration, it has “taken a sharper drop” in the past few years.

While there are a number of different factors which led to the U.S. dropping four spots, McGrath said a significant contributor is how the country has handled the novel coronavirus pandemic.

“What we found was perceptions of the United States in terms of how favorable people view countries based on their handling of health crises were quite negative for the United States,” he said.

The U.S. having dropped four spots, and France falling three has opened up space for other countries to enter into the top ten, McGrath said.

China saw the most dramatic drop in ratings, falling from 23rd place to 35th.

McGrath said it is the “most significant shift” in the NBI, adding that there is usually “quite a bit of stability” in the rankings.

He said some of this is likely related to the COVID-19 pandemic as well as global trade conflicts.

METHODOLOGY: For the Anholt-Ipsos Nation Brands Index (NBI), 20,019 interviews were conducted online between July 7 and August 31 2020 in 20 panel countries with adults aged 18 and over. The data was weighted to reflect key demographic characteristics including age, gender, and education of the 2019 online population in the countries. Race and ethnicity has also been used for sample balancing in the U.S., United Kingdom, South Africa, India and Brazil.

How the U.S. election outcome could affect Canada’s environment and energy future