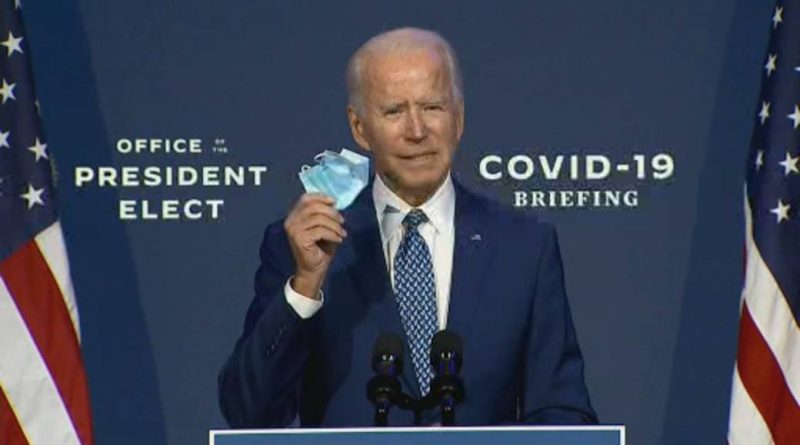 U.S. Senator Mitt Romney on Friday urged the U.S. government to immediately enlist veterinarians, combat medics and others in an all-out national campaign to administer coronavirus vaccinations and slow a surging rise in COVID-19 hospitalizations and deaths.

The Utah Republican, who ran unsuccessfully for president as his party’s nominee in 2012, called for greater action as the Trump administration fell far short of its goal of vaccinating 20 million Americans with a first of two required doses by the end of 2020.

As of Friday, the first day of the new year, an estimated 2.8 million vaccine doses have actually been given, mostly to front-line healthcare workers as well as staff and residents of nursing facilities.

“That comprehensive vaccination plans have not been developed at the federal level and sent to the states as models is as incomprehensible as it is inexcusable,” Romney said in a statement.

The United States has lost more than 345,000 lives from COVID-19 to date, equal to one in every 950 Americans, and ranks 16th in national per capita coronavirus deaths in the world.

Meanwhile, the tally of known U.S. infections reached another sober milestone on Friday, surpassing 20 million confirmed cases since the start of the pandemic, and the number of hospitalized COVID-19 patients exceeded 125,000, setting a daily record once more.

California, the most populous state with 40 million residents, has become a leading U.S. flashpoint of the pandemic despite some of the nation’s toughest restrictions on social gatherings and business activities.

The soaring COVID-19 case load has pushed hospitals in and around Los Angeles in particular to their limits, filling emergency rooms, intensive care units, ambulance bays and morgues beyond capacity, and creating staff shortages.

Medical experts attribute the worsening pandemic in recent weeks to the arrival of colder weather and the failure of many Americans to abide by public health warnings and requirements to stay home and avoid unnecessary travel over the year-end holiday season.

The recent emergence of a more transmissible variant of the coronavirus in the United States could make a swift rollout of immunizations all the more critical.

Romney called for deploying veterinarians, emergency medical workers and medical students to help deliver vaccinations and set up inoculation clinics at sites such as school buildings that are largely empty because of the pandemic.

He also recommended establishing a clear order for Americans nationwide to receive their shots according to priority groups and birthdays, while welcoming other ideas from medical professionals. Prioritizing vaccine recipients is currently being handled state by state.

With the inauguration of Democratic President-elect Joe Biden set for Jan. 20, Romney has emerged as one of the few leading members of his party to openly criticize fellow Republican President Donald Trump.

Trump has repeatedly emphasized that he, not Biden, deserves credit for the speedy development of the vaccine, even as he has left immunization efforts largely to state and local officials to administer with the help of private pharmacies.

States and localities, already hammered by the months-long fight against the outbreak and its economic fallout, only recently received federal money for vaccinations under the latest relief passage signed into law on Sunday.

Trump has spent the weeks since his Nov. 3 re-election defeat rarely focused, at least in public, on the worsening pandemic. Instead, he has continued to make unsubstantiated claims of widespread voter fraud while falsely asserting he won the election.

Romney said the country needs to acknowledge the current vaccination plan “isn’t working” and is “woefully behind,” and that leaders must find ways to quickly bolster capacity.

“It was unrealistic to assume that the healthcare workers already overburdened with COVID care could take on a massive vaccination program,” Romney said.

The crisis faced by healthcare systems has become especially acute in Los Angeles County where one patient is dying every 10 minutes from the respiratory virus, according to county health officials.

Read more:
‘Walk down our unit for a day’: U.S. nurses pushed to the brink amid soaring coronavirus numbers

Heightened demands of caring for those struggling to breathe has also left many hospitals in the region short on oxygen, both in supplies and the ability of older facilities to maintain adequate pressure flow through ventilators, Chidester said.

She also described ambulances forced to wait several hours at a time to unload patients, causing delays throughout the county’s emergency response system.

To ease ER overcrowding, the county is denying ambulance transport to hospitals of emergency patients who are already under hospice care with do-not-resuscitate directives, according to Adam Blackstone, a spokesman for the Hospital Association of Southern California.

The leading U.S. infectious disease specialist, Dr. Anthony Fauci, said on Wednesday he was confident of overcoming early glitches in the vaccine campaign, saying America could still achieve enough collective immunity through vaccinations to regain “some semblance of normality” by autumn 2021.

Biden has vowed to use the Defense Production Act to boost the vaccination program and to send mobile vaccination units to help deliver shots in under-served areas. ‘Keep your promises’: Erdogan says Turkey sees itself as part of Europe before EU summit – National