You meet a lot of people as a journalist, and some of them are hard to forget.

Dianne Childress is one of them.

“Happy, happy, happy,” was the first thing she said to me four years ago, the morning after Donald Trump’s surprise victory in the 2016 election.

We were in a pizzeria in New Freedom, Penn., and Childress was at a table with two friends. All three of them explained they could never have voted for Hillary Clinton, but Childress was the most vehement.

“No, not at all,” she said. “She was a liar, a thief, a murderer — I have never known any politician ever to be that crooked.”

Four years later, we tracked Childress down in York, Penn., where she lives with her husband Leo. Both of them remain solidly in Donald Trump’s corner.

“Let me put it this way, there’s never been anybody better than Trump,” Childress told me, sitting in her backyard.

The turmoil of Trump presidency hasn’t phased her. Childress insists every administration has its scandals.

Whether it was impeachment, Ukraine or Stormy Daniels, none of them seem to have affected her.

The last few years have been tough at times for the Childress family. They’ve stopped talking to their daughter about politics to cut down on the arguments.

Leo Childress blames the media for much of Trump’s troubles. He says journalists are quick to criticize the president, but Joe Biden gets treated with kid gloves.

“There’s so much the media hides,” he says. “There are so many incidents where the media has lied. I just think they’re sleazy people.”

Another person we met four years ago was Chris Kinne in Lancaster, Penn. We had stopped at his house to take pictures of his Trump lawn signs and flags. Kinne came outside and told us he’d never put signs up before in any election, but 2016 was different.

“Yes, it’s very different,” Kinne said. “And I think it’s different for a lot of people.

Two weeks ago, we pulled into a street in Lancaster to turn around and recognized Kinne’s house. We decided to ring the bell, and he came out.

Four years have not changed his opinion at all.

“I support Trump with all my heart,” Kinne told me.

Despite being friendly to a visiting crew of Canadian journalists — in fact, twice — Kinne did have some strong words for U.S. journalists.

“The treatment Trump gets from the media is totally unfair,” Kinne says. “It’s unjustified. You can’t get the real news.”

America Votes 2020: Stakes high to win over ‘haters’ in Pennsylvania

If Kinne and Childress haven’t changed their minds in four years, they’re not alone.

Trump’s supporters are entrenched in his camp and likely to turn out at the polls.

In close to three weeks on the road, reporting from five states, we haven’t encountered a single person who’s changed their vote from 2016.

We have, however, met people who sat the last time out, but will be voting this time.

Those people will likely decide this election.

Mike Armstrong is a correspondent with Global National. 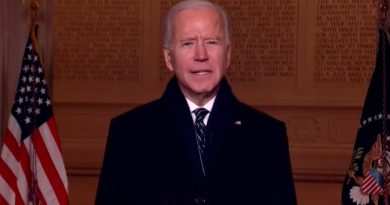 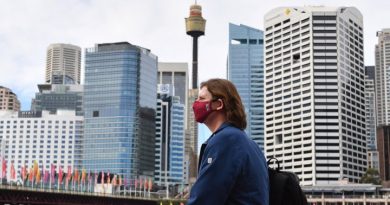