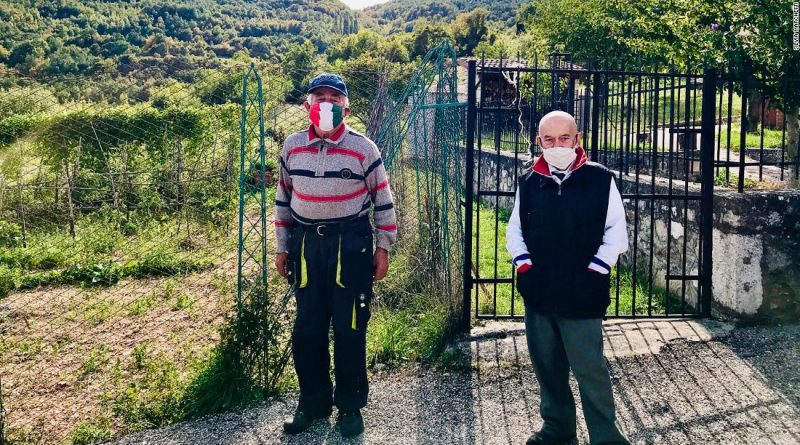 (CNN) — They’re the sole inhabitants of a tiny Italian hamlet, but these elderly retirees aren’t taking any chances when it comes to upholding the country’s strict Covid-19 rules.

Giovanni Carilli and Giampiero Nobili wear masks every time they meet and insist on standing one meter apart, despite the fact that they have no neighbors and rarely leave the secluded town of Nortosce.

Located in the province of Perugia in Umbria, popular with tourists, Nortosce sits above a rocky gorge in the Nerina Valley at an altitude of 900 meters, making it extremely hard to reach.

But despite their remote position, neither Carilli, 82, or Nobili, 74, feel protected from the virus, which has claimed the lives of nearly 37,000 people in Italy.

“I’m dead scared of the virus,” Carilli tells CNN Travel. “If I get sick, I’m on my own, who would look after me?

“I’m old, but I want to keep living here looking after my sheep, vines, beehives and orchard. Hunting truffles and mushrooms. I enjoy my life.”

‘A matter of principle’

Giovanni Carilli and Giampiero Nobili are the sole residents of Nortosce.

While local police have been handing out fines ranging from €400 to €1,000 (about $470 to $1,170) to those refusing to wear masks in some of the country’s most crowded cities, for Carilli and Nobili, face coverings are a sacred rule.

Nobili feels it would be disrespectful for either of them to ignore the strict measures put in place during the pandemic, despite their rather exceptional circumstances.

“Wearing a mask and respecting social distancing is not just for health reasons,” he says.

“It’s not something ‘bad’ or ‘good’. If there are rules you need to abide by them for your own sake and other people’s. It’s a matter of principle.”

When the pair meet for an espresso at Carilli’s house, they sit at a two-meter-long table, one at each end.

They also make sure to maintain social distancing during their regular walks to an ancient Roman stone fountain to collect fresh spring water.

Carilli was born in the village, but spent much of his life making cured meats in Rome, before returning to live in his childhood home after his retirement.

Nobili, the brother of Carilli’s brother-in-law, also chose to reside here during his twilight years.

However, he still makes artisan jewelry, explaining that the abundance of nature in the town, which is surrounded by beautiful forests, helps to inspire his art.

As many former residents escaped to Rome and other cities to find work following a series of earthquakes in Italy during the late ’90s, Carilli and Nobili have the town to themselves most of the time.

Apart from each other, their only other companions are Carilli’s truffle dog and the five sheep he keeps in his backyard — although they still occasionally meet up with family outside of the hamlet.

The pair’s only other companions are Carilli’s five sheep, as well as his truffle dog.

Nortosce is connected to the mainland by one single scenic road with hairpin turns and no guardrail, offering a breathtaking view over the wild Sibillini mountains, where pilgrims and travelers once roamed.

“That road ends right here, so nobody comes unless they’re headed straight to Nortosce,” says Carilli, who often goes truffle hunting with his beloved dog.

“There’s a bit of social buzz, just during summer, when families return to their ancestors’ house. So many people fled in the past due to several terrible quakes.”

Tucked away in the hills, Nortosce is ideally situated for visiting the nearby Abruzzo and Marche regions, particularly the ancient Roman town of Ascoli Piceno.

The village dates back to the middle ages and according to legend, its first settler was a farmer from the nearby town of Rocchetta who came to plant a nut tree in an orchard.

The name Nortosce is derived from a combination of the words “nut” and “orchard” in ancient local dialect.

Carilli has fond memories of watching harvest festivals held on the little piazza in front of his home, where villagers would bring cows to stomp on the grain to clean it.

He also recalls his mother and her friends walking with ceramic pots on their heads to collect the refreshing spring water gushing from old troughs.

The town’s narrow winding alleys and arched passageways lead to an ancient church with a stunning belvedere, along with the ruins of the oldest section of the hamlet, covered in lush vegetation, where a number of new houses have since been built.

While Nortosce’s ancient castle crumbled to the ground years ago, a cluster of red, pink, green, orange and cream pastel-colored houses with brightly painted windows and medieval sloping walls remain — although they were partly restyled following the last major quake in the 1970s. Its cobblestone pavements are also remarkably well preserved.

The numerous dilapidated stone barns and stables with thick wooden medieval doors and metal bolts found here provide a glimpse into the rural life of the past.

Meanwhile, former donkey trails, now hidden by trees, unwind down a hill where an old railway used to run, while abandoned camper vans, once provided for post-earthquake relief, dot the neatly kept gardens.

Nobili, seen outside his home, says he loves the simplicity of life in the deserted town.

As there are no bars, hotels, restaurants, or even a mini-market here, the duo have to get by on the bare essentials, and occasionally visit nearby cities when required to.

“We lead a very simple life: all we have to offer is fresh oxygen-rich air, peacefulness, silence and healthy mountain water,” says Carilli.

“That’s our salvation. Whenever I need to go to a big city I feel sick, I hate the noise.”

But its winters are harsh, and the remoteness can be difficult for residents to deal with.

The town currently has several renovated rural dwellings up for sale. In fact, one was recently sold for €20,000.

However, Nobili stresses that those keen to relocate here should prepare themselves for a major lifestyle adjustment.

“The lifestyle is pleasant but you need to adapt,” he says. “There’s no store, no pharmacy, no doctor.

“Each time you need to buy bread or get a prescription for pills you must go down to the nearby town of Borgo Cerreto.”

The town also has something of a spooky vibe, with wild boars and wolves stalking the area and occasionally killing sheep.

Years ago, older residents spun tales of witches hiding in the white granite caves who stole horses at midnight to go on wild runs — villagers would apparently discover the animals sweating the following morning.

While he admits Nortosce isn’t for everyone, Carilli wouldn’t trade his life for anything, and loves residing in such a unique place that allows him to be close to nature.

His small vineyard yields a few wine bottles, which he enjoys with platefuls of gnocchi and twisted handmade strangozzi pasta with lamb meat ragout.

“During winter it snows and it’s very cold,” he adds. “But we’re used to it and the day flies by.

“In the morning, I’m with the animals. In the afternoon, I tuck myself at home and light a huge crackling fire, staying shut inside in the cozy warmth until the next day.” 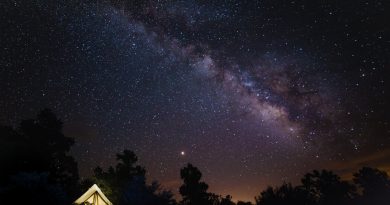 An Inn or Bike Tour of Your Own: How to Make Buyouts More Affordable