The 12th-Century hermitage of San Bartolomé in north-central Spain is a masterpiece of Templar symbolism, a chapel built in an area that has drawn spiritual seekers since the Bronze Age.

Situated equidistantly from the Iberian Peninsula’s easternmost and westernmost points in a remote corner of the Rio del Lobos Canyon, the site has long held significance to local inhabitants and was carefully chosen by the Knights Templars for its spiritual properties. In a nearby limestone cave, Ancient Romans celebrated Mundus Patet (the “festival of the dead”) and prayed to the Cult of the Mother Goddess. Legend has it that in the 1st Century AD, this was also where Bartholomew the Apostle (San Bartolomé) dropped his sword from atop a nearby mountain, declaring wherever the weapon fell to be his home.

The architectural elements of the Knights’ hermitage purposefully reflect this rich religious past. Carved motifs pay homage to Roman deities such as the god Janus, guardian of the gates and transitions. At the heart of the chapel, beneath a statue of the Virgin Mary, a carved Flower of Life symbol is perfectly illuminated on the winter solstice through a rosette-shaped window to the east.

Constructed in a fusion of Romanesque and early Gothic styles, San Bartolomé lies 4km from the Castle of Ucero. This citadel was built on a fortress in the same period as the hermitage of San Bartolomé, leading experts to think the surrounding area was likely a hotbed of Templar activity. Remarkably, some historians even believe that the chapel’s interior columns may hint to the assumed location of the fabled Ark of the Covenant in Ethiopia.

This video is part of BBC Reel’s Secrets of the Templars playlist. 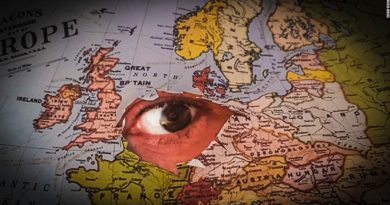 New book explores the countries that fell off the map

What it’s like to be a 21st century lighthouse keeper

Fleeing lockdown, Americans are flock to Mexico City – where the coronavirus is surging