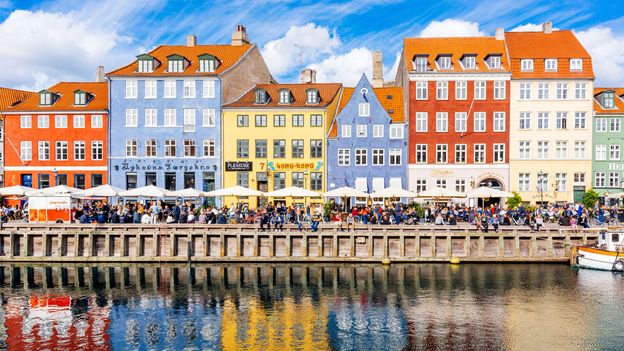 Towards the end of each year, Dansk Sprognævn (the Danish Language Council) and P1 radio station select Denmark’s word of the year. Inevitably capturing the (sometimes unflattering) mood of the times, previous winners have included klimatoss (“climate idiot”) in 2019 and hvidvask (“money laundering”) in 2018.

An early contender for 2020’s title is surely samfundssind, which the Danish Language Council defines as “putting the concern of society higher than one’s own interests”. More loosely translated as “community spirit” or “social mindedness”, samfundssind has become the buzzword of the coronavirus crisis: by searching a database of Danish news, the language council found that usage of “samfundssind” increased from just 23 times in February to 2,855 in March.

“There is a strong tradition of community spirit in Denmark,” said Eva Skafte Jensen, senior researcher at the Danish Language Council. “In the 19th Century, this was seen in the way people in the countryside established andelsbevægelsen (co-operatives) focused on common goals. Dairy farmers would team up to finance jointly owned dairies [and] farmers and other country people would form consumer co-ops, thus circumventing the monopoly of private merchants of groceries… This idea was also brought into the workers’ movements where it helped to build strong unions.”

Samfundssind has become the buzzword of the coronavirus crisis

Also associated is the 19th-Century establishment of højskole (folk schools), which aimed to give rural people a non-formal education in good citizenship – and still exist today. It was this association with folk schools, co-operatives and the worker’s movement, “when people pulling together achieved more than the individual,” Jensen believes, that helped samfundssind become a 2020 buzzword – as did its pointed use by the current prime minister.

Early in the crisis, Prime Minister Mette Frederiksen appealed directly to Danes’ samfundssind. “We have to stand together by keeping our distance,” she said at a press conference on 11 March as the country locked down, one of the first in Europe to do so. “We need community spirit. We need help. I would like to thank… all who have so far shown that this is exactly what we have in Denmark – samfundssind.”

Several of Denmark most-loved attractions also stepped up: the Lego factory began manufacturing visors for healthcare workers; amusement park Tivoli Gardens turned into a temporary kindergarten, with social distancing guidelines in place; and double Michelin-starred Alchemist pivoted from serving exclusive 50-course tasting menus to cooking pasta for 12 homeless shelters around Copenhagen. As well as appearing often in the news, the word has proliferated as a social media hashtag highlighting acts of solidarity and kindness. But perhaps most importantly, everyday people showed community spirit by following the rules.

You may also be interested in:
• Which countries will recover first?
• Why Finnish people tell the truth
• The secret to Danish happiness?

In her speech, Frederiksen emphasised the need to follow government guidelines, and to start as soon as possible. Danes largely complied without a fuss. Observing that daycares and schools were emptied the morning after the announcement, four days before the measures went into effect, associate professor David Olagnier and professor Trine H Mogensen from the Department of Biomedicine at Aarhus University, wrote that this illustrates that “the Danes have a strong sense of social responsibility for their community.”

Olagnier and Mogensen also observed that, “Denmark is a country where trust regulates everything.” So, does the key to samfundssind lie with the simple fact that Danes trust their government, and one another, to do the right thing?

Social trust promotes cooperation, wrote Kim Mannemar Sønderskov, professor of Political Science at Aarhus University, and Peter Thisted Dinesen, professor of Political Science at the University of Copenhagen, in a 2014 paper. The authors found that the level of social trust in Denmark is among the highest in the world and, moreover, that it dramatically increased over the 30-year period between 1979 and 2009. “In 1979, 47% of Danes expressed that ‘most people can be trusted’, whereas this share had increased to 79% in 2009.” The authors attribute this partly to “improved quality of state institutions, and a concomitant increase in citizens’ trust in these institutions”.

The anti-corruption NGO Transparency International publishes an annual ranking of the world’s least-corrupt countries. This year, Denmark topped the table, tied with New Zealand. With a responsible government, politicians in Denmark enjoy a relatively high level of trust. When politicians “behave in an incorrupt manner,” write Sønderskov and Dinesen, “they send the signal that… most people can be trusted.”

Many visitors to Denmark remark upon witnessing a level of trust in the country that is rarely seen elsewhere. Driving around rural areas in the summer, for example, you’ll likely spot unattended roadside stalls selling farm produce with only an honesty box to collect payment. It’s not uncommon, either, to see prams with sleeping babies inside parked outside restaurants or cafes: a widely reported story from 1997, when a Danish woman was arrested during a visit to New York City for leaving her baby outside a restaurant, illustrates this culture clash. The ease with which parents can leave children unattended in Denmark is a product of a society that is less anxious about its fellow citizens. In 2016, the Ministry of Culture held a public vote to decide the country’s official values: trust was determined to be one of the most important. “The Danish culture of trust is based on an expectation that one’s fellow citizens and public institutions are reliable,” stated the Ministry.

It’s an observation that Matt Orlando, the American-born chef and owner of Amass, another of Copenhagen’s top restaurants, has shared. “The amount of control and trust in government has been amazing,” he said, reflecting on his experience of the pandemic in Denmark. “In the sense that society has kept itself under control, because of the trust of the government: in the trust of the decisions being made [and] the transparency of everything.”

Orlando is one of those who are absorbing the spirit of samfundssind into their post-pandemic lives. Alongside others in the restaurant industry, he formed Bowline, a collaborative platform aimed at strengthening and supporting the restaurant community through the crisis and beyond. His fine dining restaurant has also become more community minded by dedicating half its dining space to Amass Fried Chicken & Wine, which serves more approachable food at a lower price.

People who relocate to Denmark from elsewhere quickly become familiar with one of the clearest examples of social trust in Denmark: its infamous tax rates. Danish residents accept some of the world’s highest taxes in the confidence that, by everyone paying their fair share, tax money will be put to good use for the common social good – universal healthcare, free university tuition and generous maternal and paternal leave, to name just a few examples. A culture where everyone is well looked after fosters trust and a sense of all being in it together. A sense of equality is also important. Denmark, according to the Organisation for Economic Co-operation and Development (OECD), has one of the lowest levels of income inequality in the world. Sønderskov and Dinesen write that “citizens in more economically equal societies also tend to have higher levels of trust. This is explained by a stronger sense of community among citizens.”

Heavily subsidised through taxes, Danish daycare centres foster social mindedness early in life. “Almost everyone goes to public daycare in Denmark,” said Kay Xander Mellish, author of the books How to Live in Denmark and How to Work in Denmark. “Even Prince Christian, the future King Christian XI, attended public daycare.” Every child born in Denmark is guaranteed a place in daycare from six months to six years of age where the emphasis is on playing and socialising – formal education doesn’t begin until age eight or nine.

“In the first few years,” said Mellish, “children learn the basic rules for functioning as a society. They learn how to sit at a table at lunch time, wait until it is their turn to be served, and feed themselves. In the playground, they spend most of their time in “free play”, in which they make up rules for their own games.”

Staff generally don’t lead play, she explained, which “allows the children to form their own groups and learn how to work together on their own.” Often, Mellish added, schools start the day by singing a song together from the popular Højskolesangbogen, (the Folk High School Songbook), a cultural tradition that extends to universities, offices and, on Wednesday mornings, Copenhagen Main Library. Singing together is a big part of life for Danes of all ages, as anyone who’s visited at midsummer or Christmas time knows well. Morgensang, communal morning singing, is beloved for the feeling of togetherness and solidarity it fosters, especially during challenging times, which explains why, during lockdown, a fifth of the country tuned in to join the conductor Philip Faber in a daily televised communal sing-along.

“The idea that they are part of a community is impressed on Danes at a very young age,” Mellish said. “You can often win an argument in Denmark by suggesting that your opponent is usolidarisk or “showing a lack of solidarity”.

Denmark was the first in Europe to reopen schools and daycare centres in mid-April. The number of Covid-19 deaths in Denmark stands at under 700 at time of writing and, despite an early-autumn surge, infection rates remain relatively low. The country’s long tradition of putting society over self-interest – of considering the community stronger than the individual – seems to have been its strength. 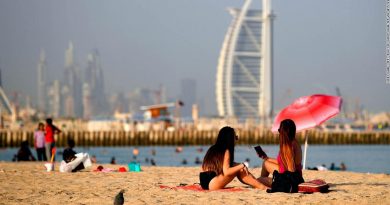 Israelis can now travel to Dubai. The Persian Gulf will never be the same