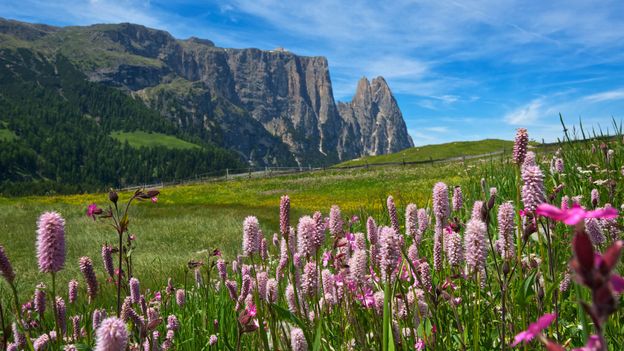 In the beginning was the grass. Stephan Öfner, 44, has been sleeping in it, on and off, for more than four decades. At times, after a stressful week, the third-generation hotelier knows it’s time for another close encounter with the Alpine meadow he’s known since he was a boy. For this is where the magic happens.

This is where the magic happens

The mountain grass, not too coarse and a mix of cuts, stems and blossoming wildflowers, is freshly mown at the beginning of summer in a secret location up a long and winding road in a unfertilised valley above the Tyrolean town of Seefeld. There are similar harvests throughout Austria and further south across the border in Italy’s South Tyrol, but this particular one is loaded with a peculiar air of joy and nostalgia.

“My grandparents were farmers and they would sleep in the grass to ease their aches and pain,” said Öfner, wistfully. “So it became part of life as a little kid. They knew about the wellness benefits of the grass and passed what they learnt onto me. It was perfectly normal for me. And, in fact, it still is. It’s a way of life here.”

Hay bathing – or heubad, as German-speakers call it – is an idea that’s wild enough to fire the imagination of any child. Literally, it is bathing in hay, and I for one remember taking great pleasure in jumping on haystacks and ducking into barns brimming with sweet-smelling grass on hot summer days. Hay barns, where I grew up in rural Scotland, were prime territories for mischief-making.

You may also be interested in:
• Austria’s village of 10,000 daytrippers
• Croatia’s pristine isle of wellness
• Why the Dutch are hugging cows

So when I read about a potential boom for heubad in the Alps, my interest was piqued. The mountain grass – cut during the blossoming period when it’s at its finest, then transported down the mountainside to be preserved in historical wooden barns – was cited by local spa operators and hotels as containing essential oils and 50 types of medicinal herbs, including lavender, lady’s mantle, thyme, gentian and arnica, all frequently used in medicine and homeopathy. And like Japan’s shinrin-yoku, or forest bathing, heubad was both a little-known therapy and preventative healthcare.

More than that: locals hoteliers, health practitioners and therapists claim it improves circulation, boosts all-round wellbeing, stimulates the metabolism and revitalises, detoxifies and purifies. It sounded like a miracle cure, underpinned by the sort of rhetoric written in a holy book. Certainly, the idea that our bodies – so complicated, so intelligent – are able to feel and appreciate the potency of such a simple thing is a powerful one. But did it work? I was keen to find out.

Over the past decade, Seefeld has repositioned itself to become an unlikely wellness destination. In advocating a more considered approach to travel beyond the traditional Alpine lineup of skiing, biking and hiking, the town has welcomed a swelling number of spa hotels. In keeping with the pastoral vibe, all are half-timbered, the windows dressed with flower boxes garlanded with pink and white geraniums and petunias. And, naturally, many now offer specialised heubad treatments.

Twenty minutes is how long it takes to try hay bathing for yourself. During such time, at the Wellnesshotel Schönruh, for instance, guests strip bare and are then wrapped in layer after layer of pre-boiled mountain grass. A meditative experience is what’s promised, but the procedure – designed to open your pores, make you profusely sweat and stimulate your metabolism – has echoes of something else entirely.

For me, there was plenty to absorb. The woody, fragrant perfume of the hay. The slosh of the water bed cushioned beneath me. The growing itch of the dried grass on my skin. The alien feeling of being tightly swaddled, like an Egyptian mummy. It made me wince and recoil.

To the casual observer, the concept might seem like madness. But Öfner, whose Hotel Diana also has a dedicated heubad spa, is insistent the therapy has medical value. With the focus very much on wellness, he explained, hay bathing works most powerfully on those suffering from medical problems. Sciatica, rheumatism, arthrosis, sleep and digestive disorders, mental and physical exhaustion; the list of what locals say it alleviates goes on.

“Last winter, our hay baths and hay beds were booked all day, every day,” Öfner said, matter-of-factly. “It takes more than one hay bath to feel any long-lasting effect though – ideally, you need at least a week of treatments. So you’ll definitely need a few more.”

According to local folklore, hay bathing began here as a mistake 300 years ago

Sitting at the intersection where tradition and modern holistic medicine meets, hay bathing is now defined in medical publications as “phytothermotherapy”, though clinical recognition and endorsement of the treatment’s benefits remain to be firmly established.

Italian interest in hay bathing comes from the fact that much of heubad’s mythology was born in the country’s autonomous, German-speaking province of South Tyrol. According to local folklore, hay bathing began here as a mistake 300 years ago when local farmers slept overnight in Seiser Alm, the largest high-altitude Alpine meadow in Europe. Soon after sunrise, waking in a pasture far from any road and in the shadow of the razor-sharp Dolomites, every ache and pain had vanished. To them, the grass felt like an embrace ­– and the concept of hay bathing was born.

“The idea was to turn it into a business and help local invalids,” said Elisabeth Kompatscher, co-owner of Hotel Heubad, an age-old property entirely built around the concept of the tradition. Located in the hilltop town of Völs am Schlern, the hotel is an unsung landmark, yet a beacon and sanctuary for those seeking alternative therapy. “Around 1900, the farmers here harnessed the idea – at first, digging holes in the ground, putting patients in and covering them with dry hay,” said Kompatscher.

Once a working farm, the hotel’s story started in 1909 when Kompatscher’s great-great-grandfather-in-law, an early custodian of the tradition, began offering heubad treatments in collaboration with local doctors. “He was the first to get a licence to do this treatment,” she added. “He legitimised hay bathing in the Dolomites.”

More than a century later, Hotel Heubad now completes 16 treatments a day: the equivalent of almost 5,500 appointments a year. A standard weekly treatment of six baths is recommended, and the hotel has its stalwart clientele. Since dedicated heubad spas are a rarity, those seeking treatments loyally return year after year. And it’s fair to say that business is booming in the Covid era: the hotel has seen reservations skyrocket, and the spa is almost fully booked well into next spring. The theory in Völs am Schlern? Heubad is the perfect remedy for post-lockdown mental exhaustion.

Over the past decade, Seefeld has repositioned itself to become an unlikely wellness destination

Even so, Kompatscher has her own perspective. “It’s still hard to beat the wider cultural stigma that people have,” she said. “Heubad isn’t a new trend. It’s a tried-and-tested alternative therapy and is so much more than rolling in grass. We see the results every year, otherwise our guests wouldn’t keep coming back.”

There is a strong sense, too, of a sustainable argument at the core of the practice. Heubad works without using much energy and is self-perpetuating: afterwards, the hay is reused as fertiliser to complete a natural cycle. “Everything is done in balance with nature,” said Kompatscher. “Long after the grass is first used, it will be harvested again and again for the next generation. Few other therapies can claim that.”

A traveller visiting the area for the first time and keen to get a sense of the tradition could do worse than visit Seiser Alm. Up there, in that thin Alpine air, it seems as though everything is preserved in the grass: the history; the labour; the stories; the family secrets. It might be hard to imagine, but for committed believers, every blade is a glorious symbol of rebirth.

BBC Travel’s Well World is a global take on wellness that explores different ways that cultures the world over strive for a healthy lifestyle. 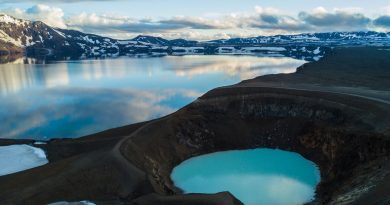 Iceland Tourism Prepares for a Comeback 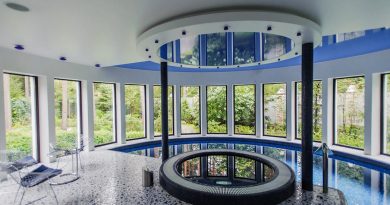 House Hunting in Russia: Green and Modern on the Gulf of Finland 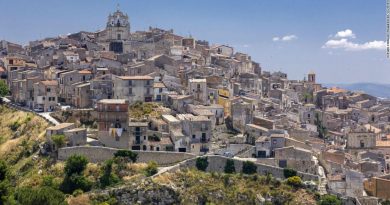