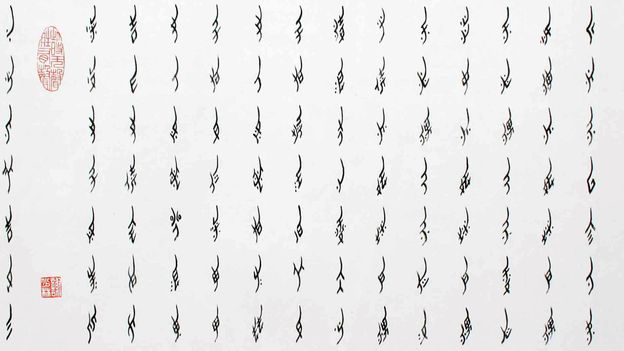 China’s south-eastern Hunan province is a dramatic jigsaw puzzle of precipitous sandstone peaks, deeply incised river valleys and fog-shrouded rice paddy fields. Mountains cover more than 80% of the area, leaving many isolated hillside hamlets to develop independently of one another. It was here, hidden amongst the rocky slopes and rural river villages where Nüshu was born: the only writing system in the world created and used exclusively by women.

Meaning “women’s script” in Chinese, Nüshu rose to prominence in the 19th Century in Hunan’s Jiangyong County to give the ethnic Han, Yao and Miao women who live here a freedom of expression not often found in many communities of the time. Some experts believe the female-only language dates to the Song dynasty (960-1279) or even the Shang Dynasty more than 3,000 years ago. The script was passed down from peasant mothers to their daughters and practiced among sisters and friends in feudal-society China during a time when women, whose feet were often bound, were denied educational opportunities.

Many of these women were illiterate, and to learn Nüshu, they would simply practise copying the script as they saw it. Over time, Nüshu gave rise to a distinct female culture that still exists today.

Remarkably, for hundreds or possibly even thousands of years, this unspoken script remained unknown outside of Jiangyong, and it was only learned of by the outside world in the 1980s.

Today, 16 years after the last known fluent native “speaker” of this ancient code passed away, this little-known written language is experiencing something of a rebirth. The centrepiece of its revival is in the tiny village of Puwei, which is surrounded by the Xiao river and only accessible via a small suspension bridge.

According to Puwei resident Xin Hu, Nüshu was once widely spoken in the four townships and 18 villages closest to Puwei. After experts found three Nüshu writers in the 200-person village in the 1980s, Puwei became the focal point for Nüshu research. In 2006, the script was listed as a National Intangible Cultural Heritage by the State Council of China, and a year later, a museum was built on Puwei Island, where Xin began working as one of seven interpreters or “inheritors” of the language, learning to read, write, sing and embroider Nüshu.

Nüshu is a phonetic script read right to left that represents an amalgamation of four local dialects spoken across rural Jiangyong. Each symbol represents a syllable and was written using sharpened bamboo sticks and makeshift ink from the burnt remains left in a wok. Influenced by Chinese characters, its style is traditionally more elongated with curved, threadlike strokes sloping diagonally downwards and was sometimes referred to as “mosquito writing” by locals because of its spindly appearance.

Nüshu provided a way for women to cope with domestic and social hardships and helped to maintain bonds with friends in different villages. Convivial words of friendship and happiness were embroidered in Nüshu on handkerchiefs, headscarves, fans or cotton belts and exchanged. Though Nüshu wasn’t spoken, women at social gatherings sang and chanted songs or poems that varied from nursery rhymes to birthday tributes to personal regrets or marriage complaints using Nüshu phrases and expressions. Older women often composed autobiographical songs to tell their female friends about their miserable experiences or to promote morality and teach other women how to be good wives through chastity, piety and respect.

Though Nüshu is now understood as a means of communication for women who had not been afforded the privileges of reading and writing in Chinese, it was originally believed to be a code of defiance against the highly patriarchal society of the time. Historically, it was not socially acceptable for Chinese women to openly talk about personal regrets, the hardships of agricultural life or feelings of sadness and grief. Nüshu provided an outlet for the women and helped to create a bond of female friendship and support that was of great importance in a male-dominated society.

Women who created this strong bond were known as “sworn sisters” and were typically a group of three or four young, non-related women who would pledge friendship by writing letters and singing songs in Nüshu to each other. While being forced to remain subservient to the males in their families, the sworn sisters would find solace in each other’s company.

In 2000, a Nüshu school opened in Puwei, and Xin decided to follow her mother and sister there to study. She now teaches Nüshu writing to students, guides visitors around the museum and has become the face of the language, embarking on publicity trips across Asia and Europe.

“Some inheritors have learned from their grandmothers since they were young, like our oldest Nüshu heir He Yanxin, who is in her 80s,” Xin said. “People like it because they think this culture is very unique and want to learn and understand [it].”

But why the script originated and flourished in this remote part of China remains a mystery.

“I think it has to do with a constellation of factors that exist in many places in southern China; non-Han peoples, sinicization (the process of assimilating non-ethnically Chinese communities under Chinese influence), remoteness,” said Cathy Silber, professor of Chinese at Skidmore College in New York who first learned of Nüshu in 1986 and has been researching and writing about it ever since. Silber spent months living with Yi Nianhua, one of the last writers of Nüshu in 1988-89, translating Yi’s work into standard Chinese and giving lectures on the subject.

Today, much of what we know about Nüshu is due to the work of male researcher Zhou Shuoyi, who heard about the script in the 1950s after his aunt was married off to a man who lived in a village with Nüshu speakers. Zhou began researching the coded language for the Jiangyong Cultural Bureau in 1954, but when Mao Zedong’s Cultural Revolution erupted in the 1960s, Zhou’s work became targeted by the state.

“I was labelled a ‘rightist’ because of the research I had done on the language,” Zhou recalled to China Daily in 2004. “They burned all of my research files, and I was sent to the labour camp and wasn’t released until 1979, after spending 21 years there.”

As part of the Revolution, China’s communist leaders were keen on eradicating the country’s feudal past and anyone found using Nüshu was denounced. And as women began to receive more formal education in the 1950s, the language further declined. But after his release, Zhou continued translating the script tirelessly into Chinese. In 2003, a year before his death and that of the last surviving fluent native “speaker”, Yang Huanyi, Zhou published the first Nüshu dictionary, helping to elevate and promote its significance around the world. Today, Zhou remains the only male to have ever mastered the female-only script.

You may also be interested in:
• How the South Korean language was designed to unify
• Why no-one speaks Indonesia’s language
• Greece’s disappearing whistled language

Flanked by the Xiao river, the elegant Nüshu Garden and museum features a classroom and exhibition halls. Videos, paintings and cultural exhibits adorn the walls, while embroidery and calligraphy classes provide hands-on opportunities for cultural connection. The museum itself has recently been expanded and hosts an annual festival featuring poems and songs performed in Nüshu.

Every summer, free Nüshu training courses are set up at the museum and each of the inheritors takes turns explaining its history and demonstrating its calligraphy. But Xin explains that Nüshu is quite difficult to replicate. “There are some difficulties in learning. First of all, its writing method is different from the Chinese characters we use. The other is its pronunciation problem. If you can’t speak the local dialect, it’s difficult to read or sing Nüshu.”

One of the most important uses of Nüshu came as a result of marriage. Traditionally, after a wedding, the bride would leave her parents’ home and move into the home of the groom. The bride would often feel isolated in her new role, so Nüshu provided a means for women to express sadness and lament broken friendships among one another.

The newlyweds’ move-in process would involve the handing over of a Sanzhaoshu or “Third-Day Book” that was made from cloth and given to the bride three days after her wedding. The mother of the bride and her close friends would express their feelings of sorrow and loss in the book while good wishes for future happiness would be recorded in the first few pages. The remaining pages would be left blank for future thoughts and to serve as a personal diary.

Today, original Nüshu artefacts are rare, as many were destroyed during the Revolution. But recent years have seen an increase in its representation in the form of film, symphony and literature. Additionally, young women across Jiangyong are now learning the script at the museum. There were 20 students enrolled in a summer course this year, and inheritors like Xin have started teaching online classes via the popular Chinese app WeChat.

Liming Zhao, a leading scholar in the study of Nüshu, recently taught a course on the subject at Tsinghui University in Beijing. According to her, the role of Nüshu has evolved.

“Since the death of Yang Huanyi, [Nüshu] has entered the post-women’s-calligraphy era. It is not inherited and used naturally but is deliberately studied and used for business and tourism. Of course, this is also a kind of preservation and inheritance.”

“[Nüshu] has completed her historical mission – a cultural tool for lower-class working women who did not have the right to education to write languages,” Liming said. “Now she only leaves beautiful calligraphy, wisdom and brave spirit to future generations.” 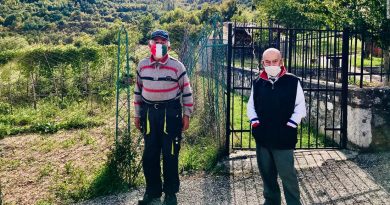 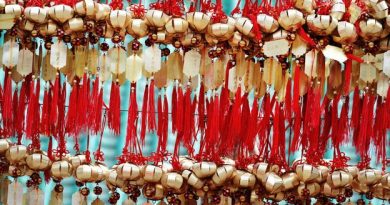 BBC – Travel – Why is Hong Kong so superstitious?