Bulgaria’s second city of Plovdiv is proud of its reputation for doing things its own way. As soon as you step off the bus from the capital of Sofia, you can feel the change in pace of life. People walk more slowly. They seem to have more time on their hands. The traffic is less hectic. As you walk to the city centre through the park, where old men gather to play chess and people lounge and chat in the shade of the old trees, Plovdiv immediately feels different. There’s a kind of insouciance to Plovdiv, something that is both immediately apparent and hard to put your finger on.

In the downtown Kapana district, people spill out of bars and cafes into the pedestrian streets. Under brightly painted murals on the walls, groups of young people hang out, flirt and check their phones. In the cafe by the Dzhumaya Mosque in the town centre, people sit for hours and sip cups of Turkish coffee. Even the cats in the cobbled streets of the old town seem more languid than elsewhere. They stretch and purr, then they roll over and go back to sleep. If you ask the people here why the city is so relaxed, they will tell you: Plovdiv, they will say, is “aylyak”.

The word “aylyak” is not much used outside of Plovdiv, even though it appears in Bulgarian dictionaries from the late 19th Century. It is a loan-word from the Turkish “aylaklık”, which means “idleness”, “dawdling” or “vagabondage”, and it’s rooted in the Turkish “aylık”, meaning “month”.

According to Yana Genova, director of the Sofia Literature and Translation House, the original meaning of aylyak was somebody hired to work month-by-month, who consequently knew what it was to have time on their hands. The verb that goes with aylyak is “bichim”, a derivative of the verb “bicha”, which means to strike, to whip, or to cut beams and boards from a tree trunk. The idea of striking, whipping or cutting is a reminder that aylyak is something active. If you want to practice aylyak, you have to slice out chunks of time for yourself. You must take the initiative to sever yourself from your daily concerns.

You may also be interested in:
• The city that joins three countries
• Bulgaria’s crumbling ode to socialism
• Why Polish people hate rules

But whatever the origins of the word, in contemporary Plovdiv, aylyak has taken on its own meaning and significance, something not to be translated so much as lived. When you ask people to explain what it means, more often than not they will tell you a joke. The joke goes like this. A citizen of Plovdiv is hanging out with a Spanish visitor to the city. “What is aylyak?” the Spaniard asks. The Bulgarian thinks for a few moments, and then says, “It’s like your mañana, mañana, but without all the stress.”

In 2019, Plovdiv shared the title of European Capital of Culture with Matera in Italy. As a part of the City of Culture activities, one organisation –  the Fire Theatre Mime Company, headed by Bulgarian actor, director and mime artist Plamen Radev Georgiev – ran a series of public consultations to explore aylyak in more depth. He wanted to know what aylyak is, what its origins are and how it became so closely associated with Plovdiv.

I caught up with Georgiev in a cafe in Sofia. He was born in Stara Zagora, about 80km to the north-east, and when he arrived in Plovdiv in 2018, it was as an outsider to the complexities of aylyak culture. “Our research was difficult,” he told me. “People asked why we were interested in aylyak. They said it wasn’t a value at all. It was just laziness.”

It’s like your mañana, mañana, but without all the stress

But through the public discussions, a broader picture emerged. Aylyak, people said, was about finding time. It was about sitting down for breakfast with friends and finding that you were still hanging out by nightfall. It was about taking pleasure in your environment. It was tied in with social status, with a kind of dandyish wandering the streets with nothing to do. And, on a deeper level – Georgiev called this “Zen aylyak” – it was to do with freedom of the soul. “Aylyak means that you can be engaged with the difficulties of life, but you remain safe from all life’s problems,” he said.

In Sofia, many people I spoke with were sceptical about aylyak, seeing it as nothing more than Capital of Culture branding or hipster marketing. I, too, was unconvinced. So, I caught the bus from Sofia to Plovdiv, to spend several days in the city and whip some aylyak of my own. In Plovdiv, I talked to Dr Svetoslava Mancheva, an anthropologist and director of ACEA Mediator, an organisation dedicated to linking communities and urban spaces. Originally from Kardzhali in the country’s south-west, Svetoslava is a self-confessed convert to aylyak. She has been living in Plovdiv for 10 years and has no intention of leaving. “Many people come to live here specifically because it is aylyak,” she said. Her colleague, Elitsa Kapusheva, told me she was brought up in Plovdiv but recently moved back from Berlin. She was glad to be home, she said: Berlin was good, but it wasn’t aylyak.

For Mancheva, aylyak is rooted in Plovdiv’s long history of cultural diversity. The historian Mary C Neuberger describes how the city was a thriving commercial hub in the 19th Century. Of all the cities in the Ottoman Empire, it was second only to Istanbul, and was home to Jews, Greeks, Bulgarians, Roma, Armenians and Slavs, crowded together in the streets and kafenes, or coffeehouses. Mancheva says that aylyak was a response to the challenges of living alongside strangers. “It’s about finding a space of your own in the city,” she said. “For me, the ground of aylyak is communication. You don’t need to like each other. What matters is the will to talk, the desire to understand.”

Historical accounts of Plovdiv’s coffeehouses in the 19th Century describe them as places where artisans and merchants mingled and where time passed slowly. The 19th-Century Bulgarian poet Hristo Danov wrote disapprovingly of how people spent all day in kafenes. People go to the kafene, he wrote, to smoke, talk, drink coffee, and “impatiently wait for the sun to set so they can move on to plum brandy”. Outsiders also picked up on Plovdiv’s uniquely relaxed feel. In his 1906 travel account, the British traveller John Foster Fraser was entranced by the pace of life in Plovdiv (then called Philippopolis):

“Picture the scene. A garden, lit with many lamps. Beneath the trees innumerable tables. At the tables sat ‘all Philippopolis,’ sipping coffee, drinking beer, toasting one another in litres of wine. At one end of the garden was a little stage. There was a Hungarian band which played rhapsodically… It was Sunday night and Philippopolis was enjoying itself.”

Aylyak means that you can be engaged with the difficulties of life, but you remain safe from all life’s problems

After several days in Plovdiv, I lost my scepticism and learned how to bichim aylyak. I strolled the streets. I took it easy. And strangely, I found I got no less done, only everything was done with less stress. Towards the end of my stay, I wondered whether Plovdiv has something to offer the rest of the world. I emailed the Bulgarian writer Filip Gyurov, who researched aylyak as a philosophy of life and as an alternative to economic growth as part of his MSc thesis at Lund University. “It is not all about the hustle and bustle of the big city, the need to buy the newest tech toy, the need to always climb the social ladder,” Gyurov wrote to me. “People, especially young people, have experienced the awful side effects of burnout. Hence the need to slow down, to de-grow, to live more in sync with nature and ourselves.”

On my last afternoon in Plovdiv, I sat in the cafe outside the Dzhumaya Mosque. I ordered a Turkish coffee and a portion of kyunefe, a dessert that originated in the Middle East and that, in a stroke of culinary brilliance, combines baklava and cheese. The coffee arrived with a small glass of sweet rosewater syrup that took the edge off the bitterness. Beside the mosque, underneath the rose bushes, a ginger and white cat dozed peaceably. I didn’t have my watch. I felt no need to check my phone. I had no appointments to keep. I drank my coffee and let the afternoon unfold, knowing that I had all the time in the world.

Soul of the City is a series from BBC Travel that invites you to uncover the unique characteristics of cities around the world through the stories of the people who live there. How to Listen to Radio Stations From Around the World 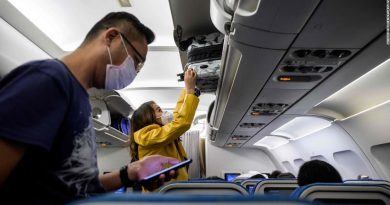 Flying during a pandemic: The risks and how to make it safer 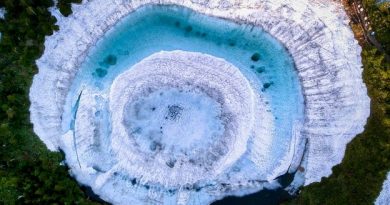