I felt a surge of emotion and, unexpectedly, shed a tear. For the next few minutes, the throbbing in my feet seemed to evaporate and the bag on my back felt lighter than it had all week.

After three months cooped up in a city flat looking onto a busy road, never had I enjoyed nature so much

I had just seen the spires of Canterbury Cathedral bristling above the treeline for the first time. After eight days walking 130 miles along an ancient pilgrimage route, I had reached my destination. I walked the last mile of the Pilgrims Way from Winchester to Canterbury with drunken elation.

As it turns out, there’s a term for my experience: “mount joy”. According to Dr Guy Hayward, director of the charity The British Pilgrimage Trust, the notion is described in medieval reports. “The first time pilgrims would see their final destination, they would normally be somewhere higher up, such as a hill overlooking the city,” he said, explaining that having trekked for weeks or even months, pilgrims would “weep with joy” from the exhilaration of finally reaching their goal – hence the term.

Pilgrimages are back in fashion. Take Europe’s best-known pilgrimage, the route to Spain’s Santiago de Compostela. In 1972, just 67 pilgrims were recorded as completing the walk. In 2019, some 348,000 did so. Other lesser-known walking pilgrimages like the Via Francigena from Canterbury to Rome are attracting more visitors, while Japan’s Buddhist Shikoku pilgrimage has also seen similar growth. Millions of Muslims go on Hajj, the pilgrimage to Mecca in Saudi Arabia that is one of the five pillars of Islam and something all Muslims who are physically and financially able are required to do (the upward trend in numbers can also be seen there). Meanwhile the Hindu Kumbh Mela in northern India is described as the world’s largest human gathering, attracting some 220 million pilgrims over 50 days in 2019.

The Covid-19 outbreak has, of course, seriously curtailed pilgrimages in 2020 and perhaps beyond (Saudi Arabia restricted Hajj numbers to around 1,000 this year, down from some 2.5 million in previous years). Nevertheless, the general trend upwards is striking. What is it about this form of travel that attracts so many?

The Pilgrims Way is Britain’s best-known pilgrimage and there are two generally agreed routes you can take – either the longer way starting at Winchester Cathedral, or the shorter route from Southwark in London. This second route is best known for its association with Geoffrey Chaucer’s 1400 novel The Canterbury Tales.

People started walking to Canterbury around 1172 to visit a shrine to Saint Thomas Becket, the Archbishop of Canterbury, who was murdered there two years earlier. Becket had been King Henry II’s chancellor, and Henry installed him as archbishop with the hope of making the church more pliant. But Becket decided his loyalties lay with his faith rather than the king and became a thorn in Henry’s side. In a fit of anger, King Henry is supposed to have cried “who shall rid me of this troublesome priest?” and four of his knights took this as an order – stabbing Becket to death in the cathedral.

Becket became a martyr and was soon made a saint. Not long after, admirers began visiting Canterbury to see his shrine.

You may also be interested in:
• A 1,000-year-old road lost to time
• The Camino de Santiago’s ancient secret
• A tiny country between England and Scotland

“The majority of the UK’s pilgrim routes are modern constructs,” said Dr Emma Wells, a historian who has written a book on all of Britain’s major pilgrimages. King Henry VIII banned pilgrimages in 1538, so modern routes are based on clues in place names and what would seem to be the logical route – we don’t know exactly which paths pilgrims would have taken in the past.

That said, the route I took from Winchester isn’t entirely arbitrary. Visiting Thomas Becket’s shrine was very popular in medieval Europe, and for travellers arriving from France, the port city of Southampton would have been a logical place to land. From Southampton, Winchester is the closest big cathedral town. From there, you soon reach the North Downs, a ridge of chalk hills that stretch as far as Canterbury. Following paths on this ridge would have made sense; the boggy land below would have been much tougher to cover on foot or horseback.

What’s more, the Pilgrim’s Way follows part of the Old Way, an ancient footpath that connected Dover (the closest crossing to Europe) with the west of England and perhaps Stonehenge. These Neolithic-era routes had been used for trade over millennia. It’s logical that pilgrims would have used them too.

It suddenly made the world more human-sized in a way that travel by plane, train or automobile never can

Dr Wells explained that medieval travellers would wear specific clothes and badges that identified them as pilgrims, and they would bed down in church porches or stay at monasteries with rooms set aside for pilgrims.

In a feudal society where peasants were tied to the land, getting permission to travel wasn’t easy. “You would need to get a blessing to go on pilgrimage by your local priest… and your scrip [a kind of wallet pilgrims carried] and your staff [walking stick] would be blessed on the church’s high altar,” explained Dr Wells.

We might today think of pilgrimage as a specifically religious form of travel. But even in the past, the sightseeing was as important as the spirituality. Dr Marion Turner, a scholar at Oxford University who studies Geoffrey Chaucer, points out that “it was a time away from ordinary society, and allowed for a time of play.”

In many ways, pilgrimage is the predecessor of modern tourism; if feudal serfs wanted to go out and see the world, visiting a holy place was one of the few reasons they’d be allowed to travel, explained Professor Ian Reader, a religious studies scholar at the University of Manchester. As pilgrim sites became popular, a whole host of infrastructure would grow around them – from inns to souvenir shops to guides. And cathedrals did (and still do) promote them in much the same ways as modern tourist boards advertise sandy beaches.

In The Canterbury Tales, pilgrimage is depicted as carnival-like, with people from a wide range of backgrounds socialising, joking, eating, telling stories and, often as not, getting drunk together. Indeed, some of Chaucer’s contemporaries saw the practice as rather disreputable: “Pilgrims were seen as just going on holiday and having fun and women were coming back pregnant,” said Dr Turner.

My own pilgrimage was fairly unique. My trip began on 4 July, the first day that the UK’s coronavirus lockdown was eased. When I attended matins at Canterbury Cathedral on Sunday 12 July, I was given a warm welcome and told I was the first pilgrim to have arrived in months.

As a form of travel, walking a pilgrimage route was different from anything I’d done before. On several occasions I outright hated it, my feet throbbing with pain. Nonetheless, I gained a lot from the experience. It suddenly made the world more human-sized in a way that travel by plane, train or automobile never can. I saw landscapes gradually change around me – something you cannot observe from a fleeting train window or even a bicycle.

It’s impossible to know whether my own walk followed the exact steps of medieval pilgrims, yet the thought that perhaps hundreds of thousands of people had had a similar experience to me over the centuries was certainly a comfort, especially when my blisters were stinging. It also helped me resist the temptation to jump on a train – what would the ancient pilgrims have thought of me?

Everything became simpler too; I really had nothing to think about besides putting one foot in front of the other and deciding what I’d have for lunch at the next country pub. What’s more, after three months cooped up in a city flat looking onto a busy road, never had I enjoyed nature so much.

Dr Hayward summarises it like this: “If you spend several days at a time out in nature you start to feel different, more like the animals we are… there’s something about being a body on the land, which feels very natural.”

But why do a pilgrimage? You can, after all, feel a connection with nature walking anywhere. For Dr Hayward, walking holidays are about seeking some of the same things, but pilgrims are perhaps more consciously searching for something deeper. And of course, it is an opportunity for believers to visit holy sites and meditate on their faith.

The popularity of specific pilgrimages waxes and wanes over time, according to Professor Reader, and different pilgrimages attract different levels of attention at different times for a mixture of political, religious and cultural reasons.

Take the Santiago de Compostela pilgrimage which, by the 19th Century had all but disappeared, according to Reader. However, it was given a kick start under Franco, Spain’s dictator until 1975, who began promoting the pilgrimage by tying it to his ideology of “muscular Spanish Catholic nationalism”.

After Franco’s death and Spain’s integration into the European community, doing the pilgrimage gradually came to be seen as a form of expressing a shared European identity (it was selected by the Council of Europe as its first European Cultural Route in 1987) – almost as much as an expression of Catholic faith. Documentaries and books by travel writers and novelists from across the continent also contributed to its growing fame and surge in popularity.

Professor Reader, who has studied pilgrimage around the world, added that in many cultures people feel they need to have a “proper” reason to travel. They want to feel that they are not just going somewhere for fun, but that there is some more profound or legitimate reason to go on holiday; for many people, becoming a pilgrim provides such a reason.

Back home, my feet have healed and my “mount joy” has subsided. But occasionally an image from my trip comes to mind: of a path through an orchard; a buzzard hovering in the sky above; a break in forest trees overlooking farmland. The thought lingers for a flash, before it’s gone, resigned to history with the memories of the countless pilgrims before me. 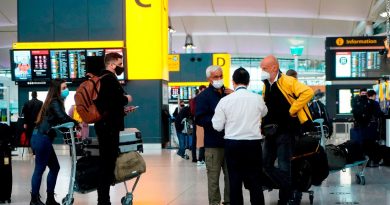 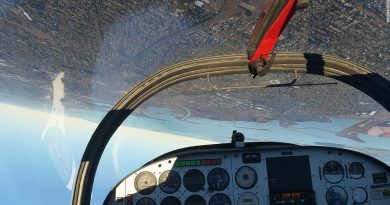