Of the electronic devices used in Canada, LG smartphones top the list of devices Canadians said have broken the most over the last five years, according to an investigation by CBC’s Marketplace.

An online survey that asked 3,201 Canadians about smartphone, laptop and tablet breakdowns and repairs revealed that an overwhelming majority of them are dealing with broken technology that is too difficult or too expensive to repair. The survey was conducted between Aug. 6 and Aug. 20 by Leger Marketing on behalf of Marketplace.

Sixty-five per cent of respondents said they had multiple devices break down within the past five years.

Gay Gordon-Byrne, the head of the Repair Association, a consumer advocacy group in the United States established to hold manufacturers of electronic devices more accountable for reparability, said that in general, manufacturers want a consumer to have to return to the store to repair an item, which in turn may entice them into buying the newest products.

“We literally have to go buy new ones and throw away the old ones because we’re not allowed either by design or by policy to fix them,” she told Marketplace.

For the survey, people across the country shared their stories about lifespan, reparability and the brand and type of device that broke down more than others in the last five years.

“I just bought the phone, and I’m not blaming myself, but that’s really a drag,” Hood said.

“I wish I’d done my research before. I didn’t.”

Both a certified LG repair shop and LG told her she would have to pay for a repair for the nearly new phone, which retails for about $1,250.

She estimated it took four months and, “fair to say about 20 hours of emails and on the phone,”  but after persistent fighting for a fix, the phone eventually was returned to her repaired at no cost.

Marketplace told the company about Hood’s experience and a spokesperson for the company wrote that they’ll look into it.

To understand which brands experienced more breakdowns than others based on the survey data, David Bellhouse, a professor emeritus of statistical and actuarial sciences at Western University, calculated the percentage share of breakdowns for each brand using market share data.

According to Bellhouse’s analysis, LG smartphones had a higher percentage of breakdowns than the company’s percentage of the Canadian smartphone market and were the devices that broke down most over the last five years when compared with other brands in the survey and when market share was taken into account.

When Marketplace also told the company about its position in the survey analysis, the company said in a statement that it stands behind the quality of its devices, claimed LG doesn’t limit parts for phone repairs and said it is trying to make it easier for its customers to get their phones fixed.

The vast majority of respondents (96 per cent) had an identified problem with their device. They indicated “it became slow or buggy” (40 per cent) or had “a weak/dead battery” (26 per cent).

Other problems included the device wouldn’t turn on, had a cracked or broken screen, would not charge or overheated.

According to Gordon-Byrne, tech companies generally don’t want a consumer to repair a device and get “another two years of life out of it.”

Data also showed that smartphones break down more than any other device.

WATCH | Between Apple and Samsung, here’s the phone brand Canadians tell us broke more than others: 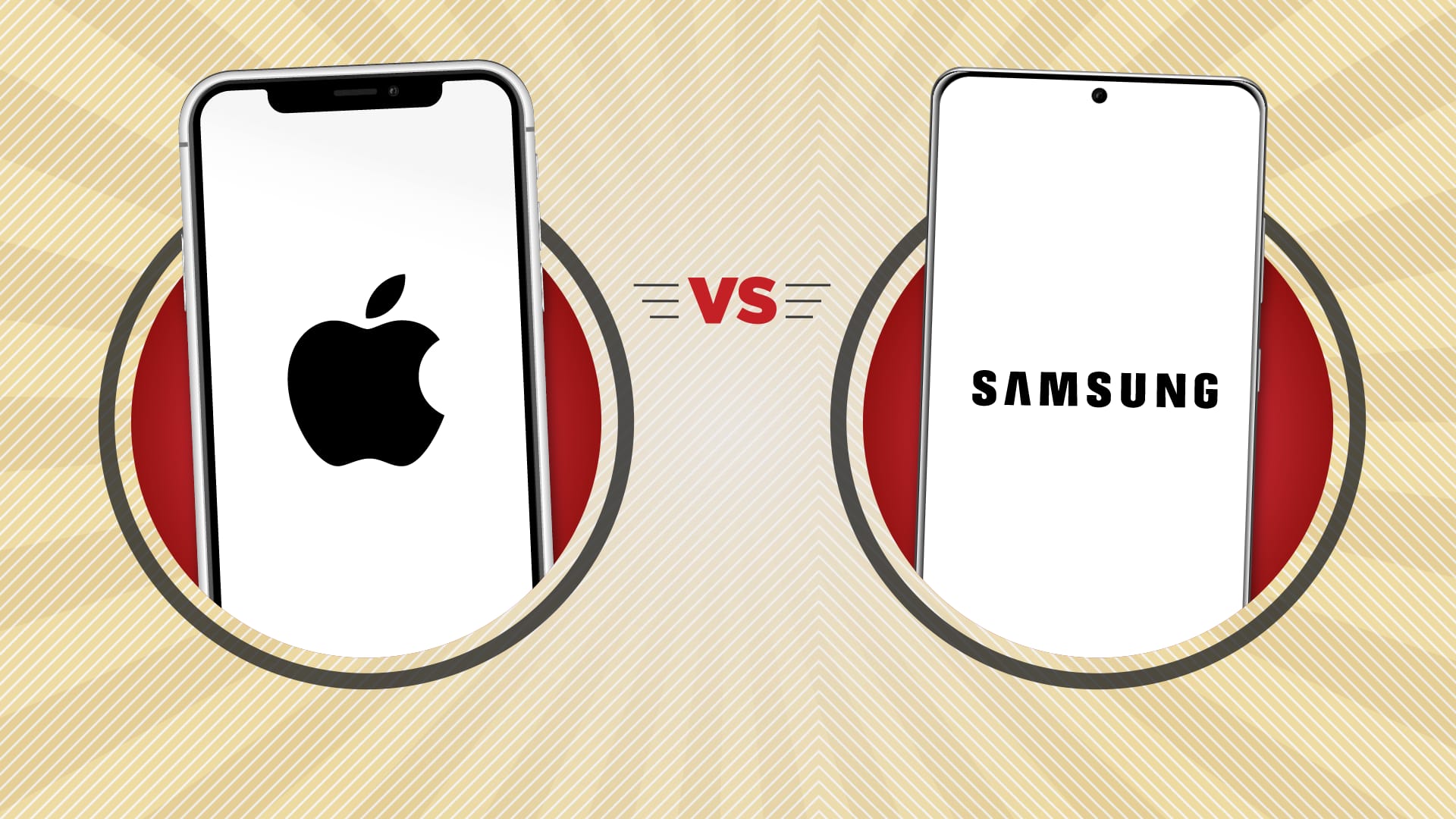 Here is the top smartphone brand that breaks down the most based on a CBC Marketplace survey and market share analysis. 1:42

The phone immediately had problems, including overheating, which he said resulted in a hairline crack on the back glass.

It was still under warranty, and Telus, which sold it to him, has a 15-day return policy, so Bolduc attempted to return it to the store in Bracebridge, Ont., where he purchased it.

In a written statement to Marketplace, Telus said that it couldn’t help Bolduc because he didn’t buy an extended care warranty and the issues with the phone had to be addressed by the manufacturer.

He also approached Samsung, which wanted to charge him for repairs.

“I still have to be out of pocket costs because they are claiming that it’s the [user’s] fault,” he said, though he noted the company had no evidence of that.

Samsung was also asked for an on-camera interview but instead provided a statement that its Galaxy products are some of the industry’s “most durable.” The company also said it will look into Bolduc’s situation.

Almost three out of four survey respondents have had at least one device break down in the past five years. And 65 per cent have had multiple device breakdowns in that time.

Ricardo Borja owns a three-year-old Apple iPhone 7 but the audio only worked if connected to Bluetooth. As a result, he was in his car often to make or receive phone calls.

“I will be talking through the microphone of my car. So this is a pretty expensive headset,” he said.

Borja sought repairs with both the manufacturer and a certified Apple repair shop where he lives in Montreal. He said both times he was told he could pay $400 and trade in the phone.

But the Quebecker didn’t want to contribute to growing e-waste and as a product designer, couldn’t understand why there wasn’t a solution that allowed a repair.

“That is something that kind of sucks as a pattern as a whole if you look at consumer electronics. It’s that they’re making them less and less repairable at home.”

Weeks after meeting with Marketplace, Borja sent a message to say he had gotten his iPhone 7 replaced for free with the same model from Apple.

He had researched Quebec’s consumer protection laws, which say if a product doesn’t last as long as another just like it, the manufacturer might have to repair it at no cost, replace it or provide a refund.

Right to repair advocates told Marketplace that of anywhere in Canada, the law may be strongest in Quebec. But even still, Borja wasn’t told about it.

“If we don’t know our rights, then they don’t tell us that we’re entitled to have a replacement phone at no charge, and I would have paid $400,” he said of his experience with Apple.

Apple declined Marketplace requests for an on-camera interview about Borja’s experience and the survey analysis, but in a statement told Marketplace the company has a new repair program that is making it easier to get phones fixed.

When it comes to laptops, Acer, Apple and HP are Canada’s top sellers.

Of those brands, Bellhouse’s analysis looking at market share in households relative to breakdowns from the survey found that Canadians have experienced more breakdowns with HP over the last five years.

HP declined Marketplace‘s request for an interview, but wrote that in the past five years, its line of notebooks “have realized a 30 per cent reduction in [failure] rates as measured by the industry standard metric of Annualized Failure Rates (AFR).”

And by that same metric, the failure rate is “the lowest it has been in the company’s history.”

As for repairability, the company noted that some of its products are highly rated on iFixit’s reparability scale. The California company is a well-known advocate for the right to repair.

When it comes to tablets, Gordon-Byrne said people should save their money.

She said they’re often made with a lot of glue, which makes them difficult to take apart and repair. Add to that, right to repair advocates say manufacturers usually don’t grant consumers and most repair shops, other than certified dealers, access to parts, repair instructions and software. Both impede successful repair, making them “a bad investment,” Gordon-Byrne said.

When it comes to market share of tablets, Apple dominates the market at more than 75 per cent of sales, followed by Samsung at 17 per cent.

Bellhouse said iPads have broken down the least compared to all other brands.

The survey, which has a 1.7 per cent margin of error 19 out of 20 times, also had 201 respondents from Canada’s North, which is also one of the toughest spots to get hands-on help for broken electronics. In fact, the survey revealed those in the territories were more likely to try to fix their devices themselves.

WATCH | A consumer advocate explains why it’s so hard to repair your tech: 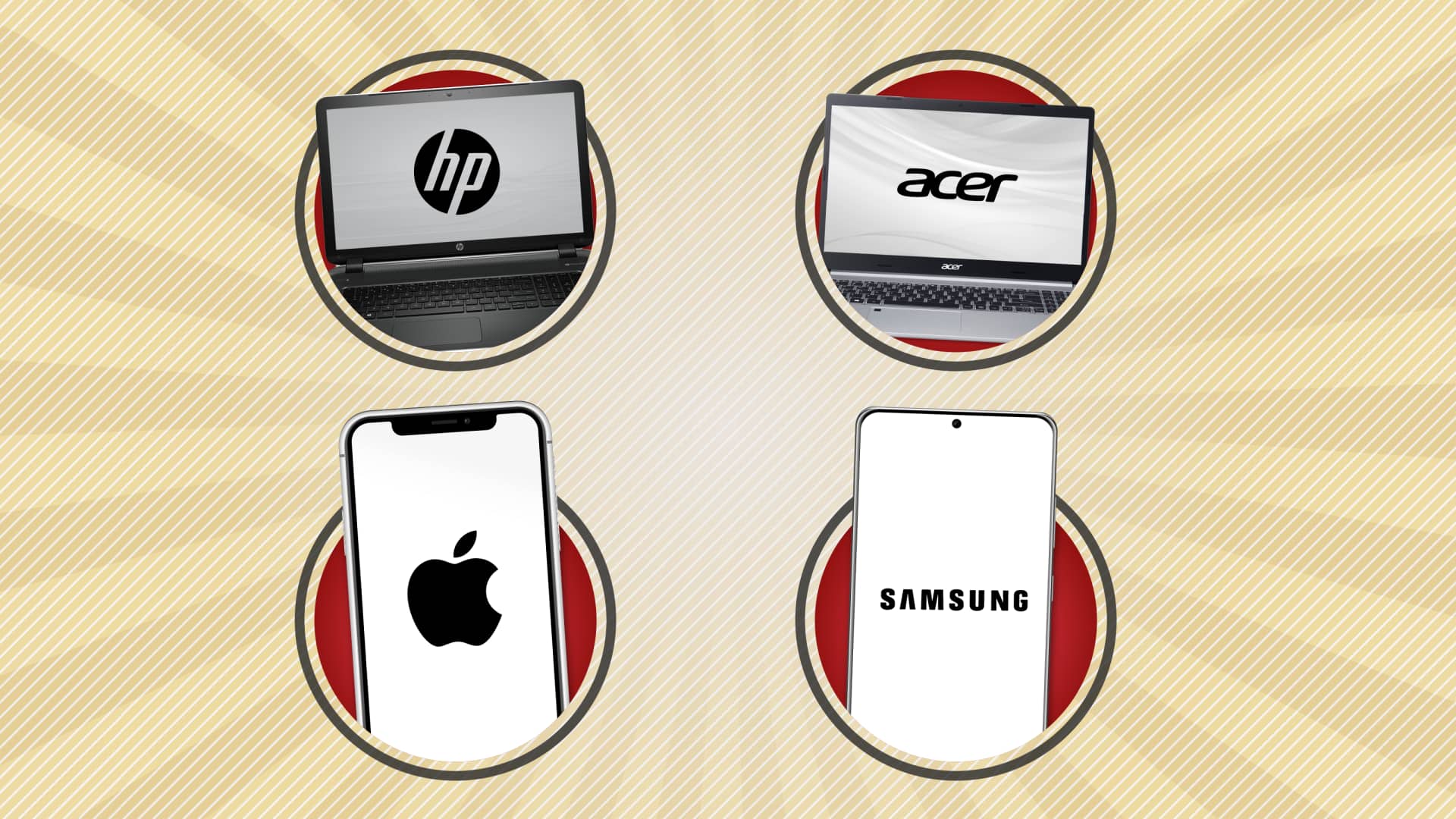 We asked more than 3,000 Canadians about their tech problems and found many people are dealing with broken devices that are too difficult or expensive to repair. 2:38

Marketplace met with Marjorie Black, who travelled 100 kilometres from Behchoko, N.W.T., to Yellowknife to see if repair technician Keegen Payne could fix Canada’s top-selling tablet at his shop.

Her grandsons were fighting over the iPad when it was dropped. The screen shattered, rendering the device unusable, and Black couldn’t afford a replacement.

Payne said it’s difficult to repair tablets because there’s a chance a repair person could “short something out and cause damage.”

In the end, Payne couldn’t fix Black’s device. Even though the survey suggested iPads have had the least breakdowns, all tablets appear to be tough to repair, he said.

“It’s a super finicky thing,” he said about the repair process. “There’s definitely risk when it comes to these repairs.”

Payne also said in addition to difficulty getting parts for repairs, in the North it’s also a lot more expensive to acquire and ship them. Often, that means higher costs for customers.

When Marketplace told Apple about Black, the company did not address her specific situation but said that it cares about the environment and aims to make all its devices from recycled or renewable materials.

The fight for the right to repair

Gordon-Byrne has been fighting for the right to repair by lobbying on behalf of consumers to the United States Congress because electronic devices are contributing to a growing global issue of e-waste.

She said generally the companies are building the products as cheaply as possible and as a result it’s shortening their life spans.

“They are trying to churn these things out at a very low price point and then when something does break, it’s hard to get into the device just to be able to fix it.”

Upcoming policy changes internationally are promising for the right to repair, Gordon-Byrne said. In early 2021 in France, manufacturers will be required to disclose reparability.

In the meantime, she said the best way to assess this is to look on the manufacturer’s website and find out whether a consumer can buy spare parts.

If there are no parts, or instructions to send the product back to the manufacturer or to go to the nearest authorized dealers, that “tends to be a bad sign,” she said.

As for Black in Yellowknife, she left Payne’s shop with her broken iPad, which is less than four years old.

“I thought there was hope there, but it is what it is,” she said. “We tried. But unfortunately now, it is garbage.”