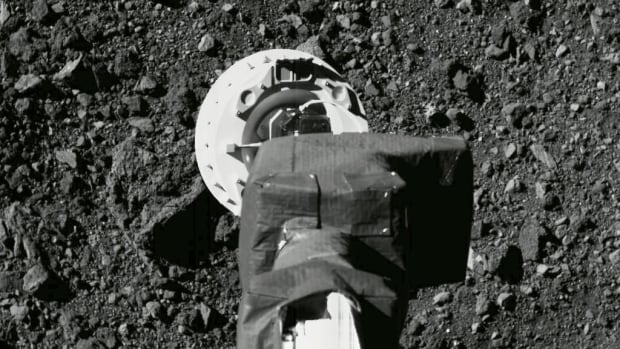 A NASA spacecraft descended to an asteroid Tuesday and, dodging boulders the size of buildings, momentarily touched the surface to collect a handful of cosmic rubble for return to Earth.

It was a first for the United States — only Japan has scored asteroid samples.

“Touchdown declared,” a flight controller announced to cheers and applause. “Sampling is in progress.”

Confirmation came from the Osiris-Rex spacecraft as it made contact with the surface of the asteroid Bennu more than 320 million kilometres away. But it could be a week before scientists know how much, if much of anything, was grabbed and whether another try will be needed. If successful, Osiris-Rex will return the samples in 2023.

“I can’t believe we actually pulled this off,” said lead scientist Dante Lauretta of the University of Arizona. “The spacecraft did everything it was supposed to do.”

Osiris-Rex took four and a half hours to make its way down from its tight orbit around Bennu, following commands sent well in advance by ground controllers near Denver.

Bennu’s gravity was too low for the spacecraft to land — the asteroid is just 510 metres across. As a result, it had to reach out with its 3.4-metre robot arm and attempt to grab at least 60 grams of Bennu.

The University of Arizona’s Heather Enos, deputy scientist for the mission, described it as “kissing the surface with a short touch-and-go measured in just seconds.” At Mission Control for spacecraft builder Lockheed Martin, controllers on the TAG team — for “touch-and-go” — wore royal blue polo shirts and black masks with the mission patch. The coronavirus pandemic had resulted in a two-month delay.

Tuesday’s operation was considered the most harrowing part of the mission, which began with a launch from Cape Canaveral back in 2016.

A van-sized spacecraft with an Egyptian-inspired name, Osiris-Rex aimed for a spot equivalent to a few parking spaces on Earth in the middle of the asteroid’s Nightingale Crater. After nearly two years orbiting the boulder-packed Bennu, the spacecraft found this location to have the biggest patch of particles small enough to be swallowed up.

After determining that the coast was clear, Osiris-Rex closed in the final few metres for the sampling. The spacecraft was programmed to shoot out pressurized nitrogen gas to stir up the surface, then suck up any loose pebbles or dust, before backing away.

By the time flight controllers heard back from Osiris-Rex, the action already happened 18.5 minutes earlier, the time it takes radio signals to travel each way between Bennu and Earth. They expected to start receiving photos overnight and planned to provide an update Wednesday.

WATCH | A 3D animation of the asteroid Bennu: 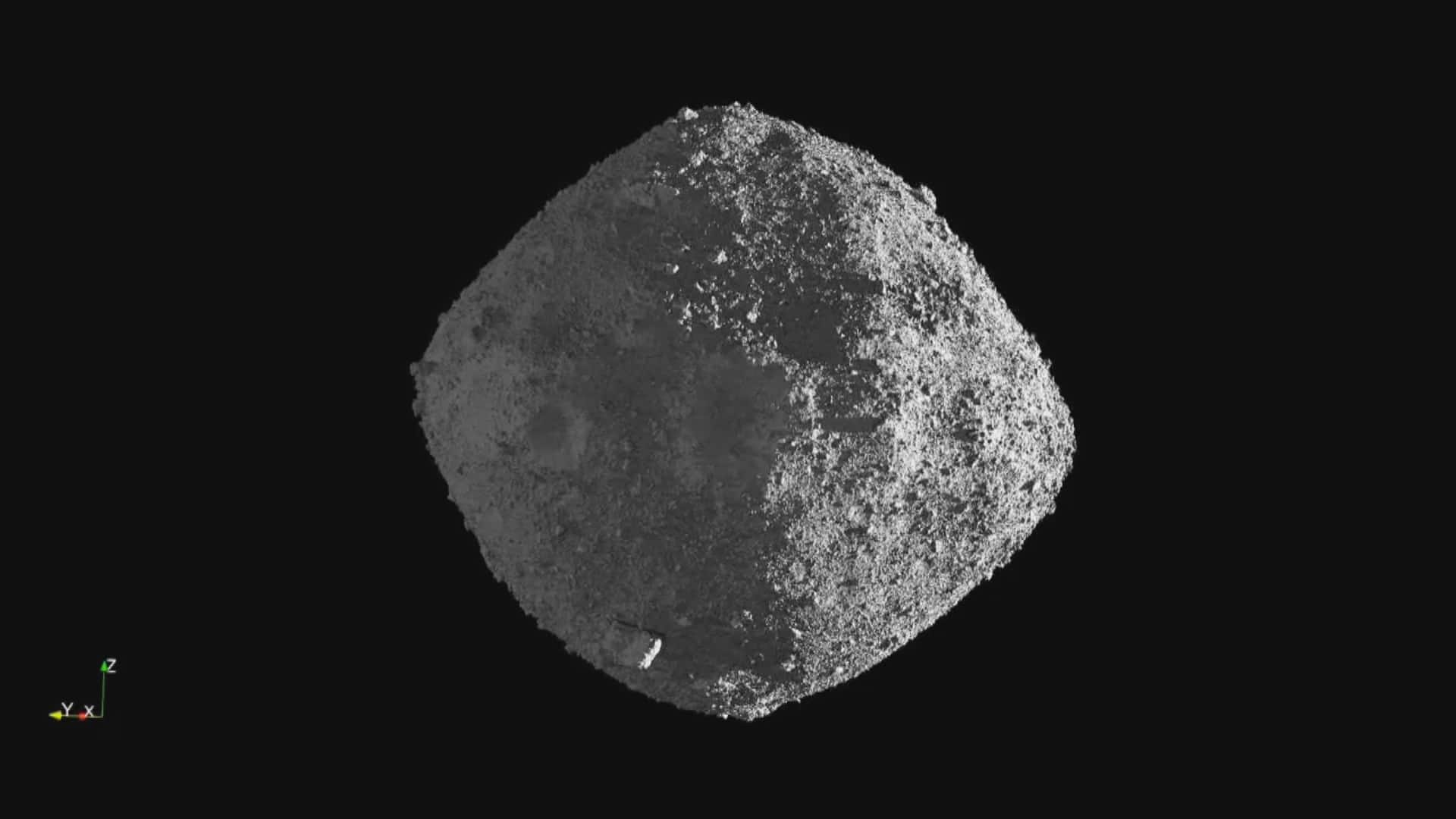 The Canadian Space Agency’s OSIRIS-REx Laser Altimeter was crucial in mapping the asteroid Bennu ahead of its “touch-and-go” mission to collect samples that will be returned to Earth in 2023. Credit: Mike Daly, et. al 0:51

“We’re going to be looking at a whole series of images as we descended down to the surface, made contact, fired that gas bottle, and I really want to know how that surface responded,” Lauretta said. “We haven’t done this before, so this is new territory for us.”

Scientists want at least 60 grams and, ideally, closer to two kilograms of Bennu’s black, crumbly, carbon-rich material — thought to contain the building blocks of our solar system. Pictures taken during the operation will give team members a general idea of the amount of loot; they will put the spacecraft through a series of spins Saturday for a more accurate measure.

NASA’s science mission chief, Thomas Zurbuchen, likened Bennu to the Rosetta Stone: “something that’s out there and tells the history of our entire Earth, of the solar system, during the last billions of years.”

Another benefit: The solar-orbiting Bennu, which swings by Earth every six years, has a slight chance of smacking Earth late in the next century. It won’t be a show-stopping life-ender. But the more scientists know about the paths and properties of potentially hazardous space rocks like this one, the safer we’ll all be.

Osiris-Rex could make two more touch-and-go manoeuvres if Tuesday’s sample comes up short. Regardless of how many tries it takes, the samples won’t return to Earth until 2023 to close out the $800-plus million US quest. The sample capsule will parachute into the Utah desert.

“That will be another big day for us. But this is absolutely the major event of the mission right now,” NASA scientist Lucy Lim said.

Japan expects samples from its second asteroid mission — in the milligrams at most — to land in the Australian desert in December.