Twitter on Sunday temporarily suspended the account of Rep. Marjorie Taylor Greene, the Republican U.S. congresswoman from Georgia who has expressed racist views and support for QAnon conspiracy theories online.

Greene’s account was suspended “without explanation,” she said in a statement, while also condemning Big Tech companies for “silencing” conservative views.

The 46-year-old businesswoman and political newcomer was elected to represent Georgia’s 14th District in November. She’s gained large followings on social media in part by posting incendiary videos and comments and has also embraced QAnon, a far-right U.S. conspiracy theory centred around the debunked belief that President Donald Trump is waging a secret campaign against enemies in the “deep state” and a child sex trafficking ring they say is linked to Democrats.

Before noon Sunday, Greene posted a clip from an interview with a local news outlet in which she condemned Georgia election officials and expressed support for debunked theories claiming that voting machines, absentee ballots and other issues led to widespread fraud in the state during the presidential election.

Twitter responded to the tweet, and others, with a message that called the election fraud claim “disputed,” and saying it posed “a risk of violence.” 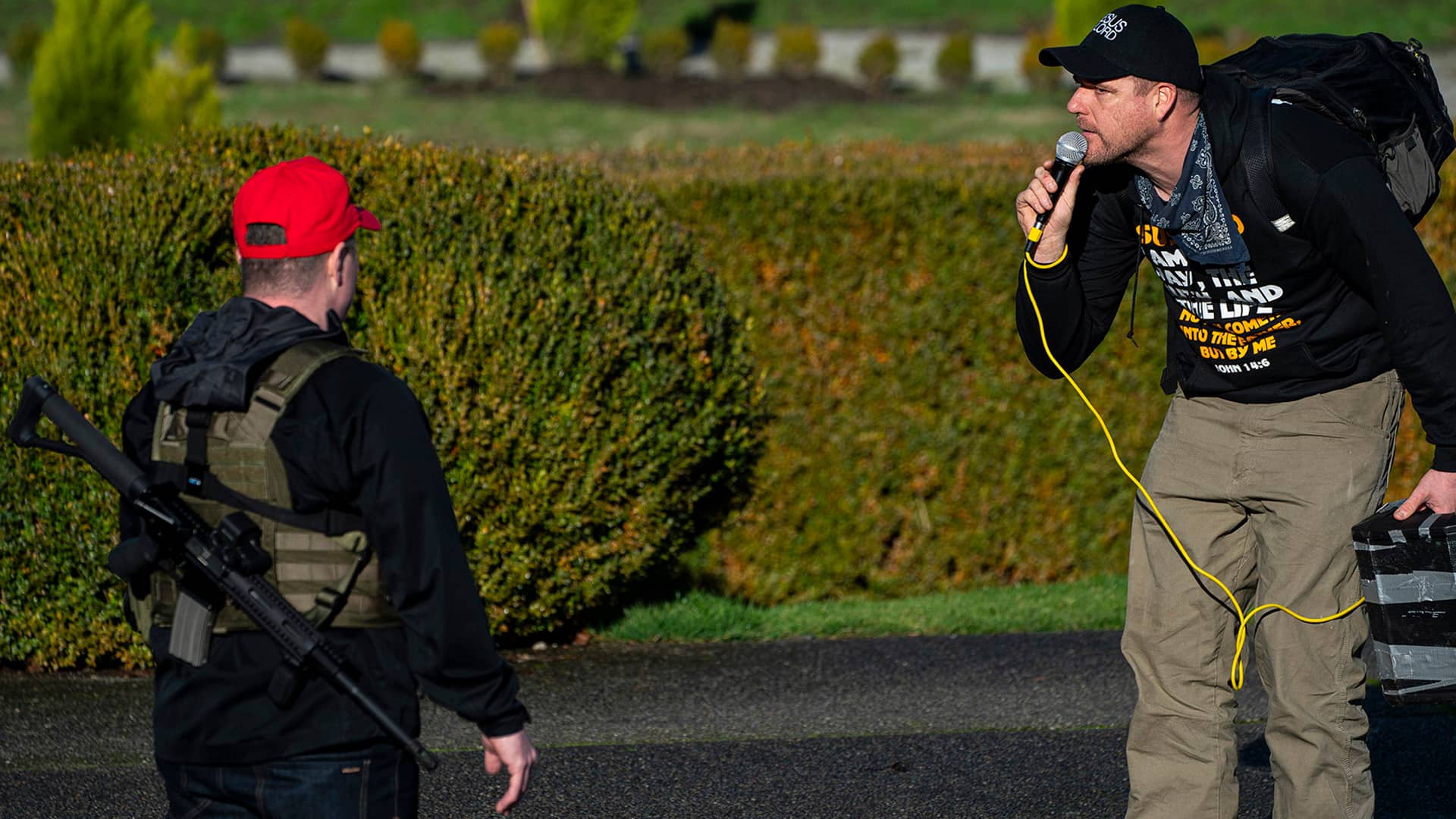 Social media platform Parler has been shut down by Amazon, which hosted its servers, because it was used to help plan last week’s attack on the U.S. Capitol. And while some praise social media crackdowns, experts warn of the potential dangers when powerful companies police public discourse. 2:02

A statement from Greene’s team on Sunday included screenshots from Twitter which appeared to show the company informing the representative she had violated its rules and would be prohibited from interacting with content on the site for 12 hours.

Greene urged Congress to “act to protect free speech” in her statement.

The action comes a little more than a week after Twitter banned Trump from the platform, citing “the risk of further incitement of violence” following the deadly insurrection at the U.S. Capitol this month.

As of Jan. 12, Twitter had also suspended more than 70,000 accounts associated with QAnon as it attempted to rein in harmful activity ahead of the presidential inauguration. Twitter has said it is taking action against online behaviour “that has the potential to lead to offline harm” after the mob of Trump supporters violently stormed the Capitol building on Jan. 6.

The company did not immediately respond to a request for comment on Greene’s suspension.

China blasts off on mission to collect moon rocks