A Newfoundland and Labrador-based robotics company has landed a big contract to supply the Danish and Polish navies with minehunting sonar equipment.

Kraken Robotics Inc. signed the deal Tuesday with the Danish Ministry of Defence, Acquisition and Logistics Organization, worth approximately $36 million.

“The system that we’re going to be supplying to both the Danish and Polish navy is primarily our Katfish … which is an intelligent, towed underwater synthetic sonar system specifically designed for high-resolution imaging of the seabed,” Dave Shea, Kraken’s senior vice-president of engineering, told CBC Radio’s The Broadcast.

“So what they’re going to be using it for is a minehunting system.”

Shea said the Katfish will be attached to remotely operated unmanned surface vessels, controlled from a mother ship.

Those vessels will tow the Kraken technology through areas of water where mines may be placed along the seabed, and beam back real-time data to the ship where naval officers can then identify mines. Another robot with a camera can then be sent to gather images and decide on the next step.

Shea said the Katfish streamlines a previous process that has been in place in the Danish navy for more than 25 years.

“They would have had to do two different passes on an object. They would do one pass to do a detection, then they would go back again with a higher frequency system or at a closer range to do a classification … and they you go through an identification phase where you put a camera or a diver down on that object,” he said.

“The advantage of our technology is the resolution is so high … we can actually do detection, classification and identification all in a single pass, so it will save them a significant amount of time and energy which is really critical in those types of operations.”

To land the contract, Mount Pearl-based Kraken competed with major billion-dollar defence companies across Europe and the United States.

Shea said it wasn’t just a bid on a contract to supply technology; rather, the company also had to go through a user evaluation where the Danish navy sent officials to every bidder to see first-hand how the technology actually works.

In the end, there were a few key selling points that won Kraken the bid, Shea said in an interview.

“One in particular is our autonomous launch and recovery system, which is built in Halifax,” said Shea. “They would actually have to put sailors onto the boat to launch the tow body, and then take the sailors off the boat to send the unmanned minehunter into the mine field.”

The process would then repeat in reverse, bringing with it high risk to sailors and the equipment during each and every load and offload, Shea said. 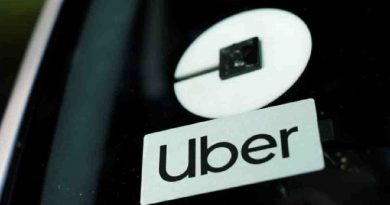