The first summer Pascal Lee, an American  planetary scientist, arrived on Devon Island in Nunavut’s High Arctic, a dog named Bruno accompanied him and his team of researchers.

That was 24 years ago, in 1996, and Lee has returned every summer until this year, when COVID-19 halted his streak.

“Bruno was this gigantic 120-pound white — I mean he almost looked like a polar bear,” Lee said from his office at NASA’s Ames Research Center in California’s Silicon Valley.

Lee has led the Mars-Haughton Project since its inception, an effort aimed at helping humans better understand Mars, and exploration on the Martian planet.

That first year a local in Resolute Bay rented Bruno as the team’s watchdog.

“Bruno was only interested in eating,” Lee said. “We weren’t even sure if he could run.”

One day Bruno ate 13 pounds of meat from their rations.

But on the last day of that trip, after the shotguns were packed and the team awaited their plane, a polar bear appeared.

Bruno charged the bear, to the surprise of Lee, and scared it off.

“In one redeeming moment, Bruno saved us,” Lee said, laughing.

The research camp, which Lee said has employed as many locals from the two closest communities of Resolute Bay and Grise Fiord as possible, is situated in Haughton Crater.

The crater, about 20 kilometres across, resulted from a meteorite impact some 23 million years ago.

Lee’s sometimes kid-like excitement for his experience on Devon Island, which he calls a “beautiful place” and “Nunavut’s treasure to humanity,” comes through whether he’s talking about space travel or technology.

For example, last summer researchers tested a drone controlled by sensors in an astronaut’s gloved hand with a camera image displayed inside a helmet.

The drone moves according to hand movements while a mounted camera moves with the helmet.

“It’s like a kid putting his or her hand out the window of a car, you know, playing airplane with your hand. That’s exactly how you fly that drone,” he said.

Such technology would be necessary while exploring Mars because astronauts will be encumbered in a spacesuit, Lee said.

An effective drone on Mars could save astronauts significant time and labour in exploring, surveying and collecting samples, he said.

Researchers tested the drone around Haughton Crater, which Lee said provides humans with the most Mars-like environment outside of Mars.

That’s because it lies in an ecological environment known as a polar dessert.

To look for life, biologists have to crack open rocks where tiny organisms called cyanobacteria live just beneath the surface.

“Every rock you pick up on Devon Island is like an apartment complex for these microbes,” he said.

“It tells us we really have to be careful where and how we look for life on Mars, and maybe we have to dig a little deeper.”

Scientists should also dig a little deeper and learn more from Inuit culture and history about space travel, Lee said.

For example, NASA is studying the psychological impact of humans traveling far from Earth.

Some experiments have locked people up for months in a simulated space voyage to monitor the effects.

And while the hypothesis for some of those experiments has been that people will become depressed, Lee said there is evidence throughout history that suggests the opposite.

“We have a lot to learn from Inuit, who have lived up North for generations and who may find sometimes some winters difficult but, lo and behold, they survive winters very well, they keep themselves busy — they know to cope with this type of environmental stress very well,” Lee said.

Such evidence of not just surviving but thriving long periods of darkness bode well for a trip to Mars, which would take about six to nine months, said Lee.

Saturn’s moon Titan is the next likeliest place after Mars for humans to visit because of its thick atmosphere, Lee said.

But a trip to Titan would take three or four years.

Some scientists are studying how humans can enter a state near hibernation for such trips.

And that’s something that Inuit ancestors, the Thule, knew about, according to the research of Robert McGee, a Canadian archaeologist, said Lee.

“They would spend a good part of the winter in this very interesting state that we ourselves don’t explore these days very much but is still in our physiology,” he said.

That state would lower humans’ metabolic needs similar to when an animal hibernates and can go for weeks without eating.

Lee said plans for next summer are still being decided in light of the pandemic, but he hopes to be able to return to Devon Island.

The team wants to test out a new space suit and there is decades’ worth of research to do in Haughton Crater still, Lee said.

Eventually astronauts destined for Mars could train in Nunavut.

But the team is careful to respect the environment and Inuit, and they plan to hire locals as much as possible.

“We are very mindful of the treasure that Devon Island represents. We want to keep it pristine,” he said. 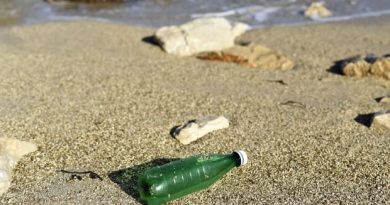