Smoke blowing into parts of southern B.C. for the past three days has been so bad it landed Vancouver in the top three spots on a list of major cities that have the worst air quality in the world.

And the smoke from Washington state wildfires keeps coming.

Vancouver landed in the second spot this week, with its air quality deemed “unhealthy” at a rating of 160 on the website IQ Air. Vancouver’s air was ranked worse to breathe than that of Los Angeles, but not as hazardous as Portland’s, rated at 305.

The air quality index alerts people to unhealthy levels of pollutants including particulate matter that can be inhaled into the lungs. At the levels found in Vancouver, people are urged to shelter indoors, especially given the risk to health from the ongoing COVID-19 pandemic.

But Vancouver isn’t the only bad place to breathe in B.C.

On Sunday, the waterfront park in New Westminster, a small community east of Vancouver, caught fire. It is still smouldering and belching toxins over the Fraser River.

By Tuesday, that made New Westminster’s air quality — about 155 according to IQ Air — worse than that of New Delhi, India, where it was 129.

By late Wednesday, New Westminster’s and Vancouver’s air were about the same.

‘Not much more my lungs can take’

He says he’s never seen the Pacific Northwest — from Oregon to southern B.C. — so smoky for so long.

Air quality is aggravating his patients’ breathing problems — and probably those of anybody else with underlying respiratory conditions such as asthma, chronic obstructive pulmonary disease or heart conditions.

For Shelley Watson of New Westminster, the choking smoke and haze was already unbearable.

Then the Westminster Pier Park fire broke out near her home. By Tuesday, Watson was forced to flee the city to calm her raging headache and cough.

“There’s not much more that my lungs can take as far as the toxicity of this smoke,” she said.

Watson runs four fans and two air conditioners, and jams towels under the doors — but the acrid smoke continues to seep into her home.

“When [the creosote smell] first hits you are just horrified by how awful it is,” said Watson.

In a croaky voice, she says she can barely see the Pattullo Bridge, usually visible out her window.

The headaches and nausea that Watson and others are experiencing is probably because of the petrochemical-fuelled fire, according to Carlsten.

Old pilings burning under the pier are infused with creosote, a tar-like substance that preserves wood standing in the water.

Creosote preservatives are generally coal tars containing polyaromatic hydrocarbons which can harm the lungs. Prolonged or extreme exposure to smoke from this burning chemical can cause long-term asthma-like symptoms in healthy people — and may also lead to cancer, he said.

Carlsten can’t recall such a thick smoke haze and particulate pollution lasting this long in this province.

“This will pass, but it’s crazy how frequent and compounding all these things are,” he said.

But clear skies are not on the horizon yet. New Westminster’s Fire Chief Tim Armstrong says the Pier Park fire — cause still unknown — may smoulder for weeks.

Environment Canada senior meteorologist Carmen Hartt said a special team is monitoring the toxic plume emanating from New Westminster’s waterfront. A stagnant air mass and varied winds mean “nobody is really safe from smoke from that fire in any direction,” for kilometres, according to Hartt.

As for the wildfire smoke, there’s a bit of rain — 20 millimetres or so —  in the forecast for southern B.C. leading into the weekend. Along with shifting winds that means the region will get a reprieve from the smoke blowing north from the U.S. wildfires, she said, but it won’t fully disappear until next week.

“Next week it’s looking really good to see another rain event. That should do a lot of good for the air quality,” said Hartt.

Longer term she said that there may be more smoke events in the coming months. Fires from California, through Oregon and Washington are not under control, and colder weather won’t hit California for months. 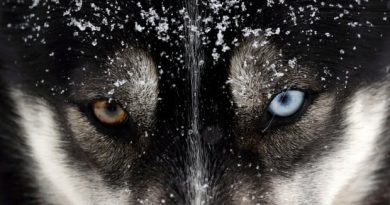 ‘At least a thousand’ seals amaze residents along Bay of Chaleur