Defending champion Justin Thomas began the new year with an 8-under 65, a share of the lead with Harris English and no bogeys on his card, all of which made him happy Thursday in the Sentry Tournament of Champions.

He owes the clean card to Dustin Johnson’s caddie.

Austin Johnson, the brother of the Masters champion, stepped on Thomas’ ball during what appeared to be a hopeless search in the knee-high native grass right of the 13th fairway at Kapalua. That allowed Thomas to hack out sideways, get onto the green and hole a par putt from just inside 40 feet.

“I think I owe a big ‘thank you’ to AJ for stepping on my ball and finding that one for me,” Thomas said. “Those par saves can definitely be a little bit more momentum boost than a birdie sometimes. I’m a big fan of bogey-free rounds, so that putt was nice to keep it that way.”

It was an ideal start in so many ways, and that includes the setting. A burst of rain early gave way to a gorgeous afternoon on the western edge of Maui with moderate wind. 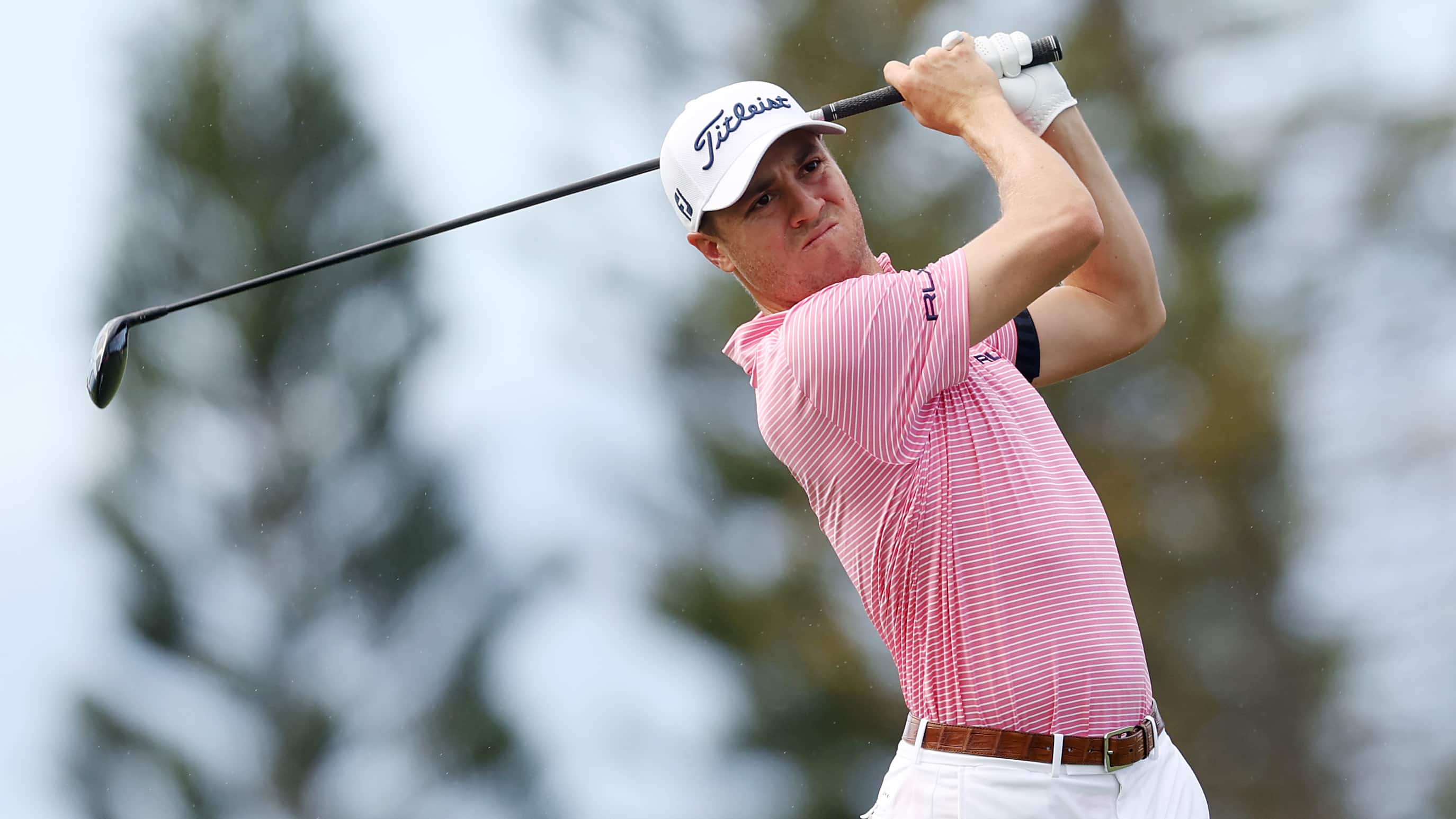 Defending champion Justin Thomas and fellow American Harris English shoot 8-under 65 in the opening round of the Sentry Tournament of Champions. 1:17

Half of the 42-man field shot in the 60s on the Plantation Course.

The tournament features more than just PGA Tour winners for the first time. Because of the COVID-19 pandemic that shut down golf for three months, the field includes anyone who made it to the Tour Championship.

That’s how English returned to Kapalua, and he was the one of the best turnaround stories in 2020. Starting last season with conditional status and at No. 369 in the world when he lost his full PGA Tour card, he did well enough to finish 12th in the FedEx Cup and starts this year at No. 29.

His only victory was joining Matt Kuchar in the two-man team QBE Shootout last month, which didn’t count. No matter. He’s still riding a nice wave even by Maui standards.

English holed a pitch for eagle on the par-5 ninth and finished with three birdies on his last five holes with 6-foot putts.

“Chipping in on No. 9 for eagle was kind of icing on the cake on the front nine and gave me some good mo going into the back nine,” English said. “I felt like I hit my irons well, I hit my wedges well, and just gave myself a lot of chances.”

Canada’s Nick Taylor scored a 6-under 67 to tie for third after Thursday’s play, while fellow Canadian Mackenzie Hughes was even.

Unlike the wind that was ripping across the Plantation Course earlier in the week as the players arrived, it was relatively calm by Kapalua standards and it showed in the scoring. Only two players in the 42-man field were over par.

Sergio Garcia, playing at Kapalua for the first time in 15 years, and Patrick Reed were among those at 6-under 67, with Adam Scott in the group at 68.

Johnson, making his first start since his Masters victory in November, showed some rust on the greens. He had good birdie looks on the final six holes and didn’t make any of them, settling for a 2-under 71.

His one good break was more a product of how the course was set up, and it led to bogey. Johnson pulled his drive on the reachable par-4 14th, over a bunker and off a cart path and into a small jungle. He hit a provisional shot into greenside bunker, unaware that for the first time, the native area was marked by red hazard stakes.

Johnson was able to drop 50 yards from the pin, hit wedge to 8 feet and missed his par putt. He ended the round missing birdie putts from 10 feet on his last three holes.

Thomas is trying to become the first back-to-back winner at Kapalua since Geoff Ogilvy in 2010. He gave up a late lead last year and needed some help to get into a playoff when Xander Schauffele three-putted the last hole for par.

The help came in the opening round this year.

Thomas was trying to hit a low bullet into the wind on the 13th when he leaned into it and sent it high to the right, his arm outstretched more out of disgust than to indicate its direction, and reloaded. Golf balls in grass that deep and thick are hardly ever found. That’s when Austin Johnson stepped in.

Thomas only had to return the ball to its previous position — about a half-turn — and the lie was decent enough to get a wedge on it back to the fairway, leaving him 158 yards. The putt was a big bonus, and it sent him on his way.

He laid up on the 14th and spun a wedge back to 4 feet. He reached the green in two on the par-5 15th and finished his round with another two-putt birdie from about 40 feet on the 18th.

He has won at Kapalua twice in the last four years.

“The conditions were about as good as you get them,” Thomas said. “I was glad to take advantage.”

World Cup skiing prepares for a season like no other