Luke Henman is no stranger to making sacrifices to play hockey at the highest level, but coming into the 2020-21 Quebec Major Junior Hockey League season, the Blainville-Boisbriand Armada captain didn’t fully understand how much he’d be tested in order to play the game he loves.

“One thing that I learned was just how contagious [the coronavirus] really is. One guy has it and the next thing you know, 18 of us had it, and we did do all of our precautions,” Henman said.

Following a pair of season-opening wins against the Sherbrooke Phoenix in early October, the Armada’s season ground to a halt when a player tested positive for the coronavirus.

Only days later, it had spread to more than a dozen players and staff on the team. It didn’t stop there. Several members of the Phoenix and the referees who worked the games also tested positive.

“We’re so close to the Montreal region, where there were a lot of cases, so we knew that if one team was prone to get it, we were it,” said Armada head coach Bruce Richardson. The team is based about 35 kilometres north of Montreal.

“We thought that if we had one guy sick, it would reach only one or two guys. But when we saw that 20 of us got it, that was the shock.”

The Armada and the Phoenix both had to suspend operations and head into quarantine.

Henman was among those who tested positive.

Overall, his symptoms weren’t serious, Henman recalls, but one night, while he was isolated in his room at this billet home, he experienced hours of cold sweats. He began to worry about exposing his billet family: a couple in their 60s.

“It was scary. Thankfully they didn’t get it. But they could have and who knows what would have happened,” Henman said.

As a precaution, Henman has since switched to a new billet family home with a younger couple.

‘We thought we were doing everything right’

Following the outbreak, Richardson says the team worked closely with public health to try to determine the source but, as far as he knows, they were never able to get to the bottom of it.

“We thought that we were doing everything right, but something happened and it’s nobody’s fault,” Richardson said.

The arena in Boisbriand, where the team is based, was used all summer by hockey camps. The gym was also open to the public. So while the team says it followed all of the protocols set forth by the league and local public health, the players were somehow exposed.

Richardson says, as the head coach, he takes responsibility for that, but he’s confident he did everything he could to prevent it.

Henman agrees. He says this was not a case of players flouting the rules or not taking hygiene measures seriously.

“If I had to start over and go back to August and do it all over again, I would do the exact same thing. I think that we all did what we needed to do, it was just either bad luck or just bound to happen,” said the 2018 fourth-round Carolina Hurricanes’ draft pick.

Richardson says he’s proud of how the people on his team reacted once they knew that they were infected.

He says that it was thanks to their quick action and to league protocols that they were able to contain the outbreak and return the players to full health.

“The positive thing is that we didn’t spread it. No billet got it and everyone on the team got back on their feet and everyone is healthy,” Richardson said.

Back in action this week

The Armada will return to the ice this week, one of seven league teams heading to Quebec City to compete in a bubble. They are scheduled to play seven games over the next 10 days.

The QMJHL is the only high-performance hockey league in Canada to go ahead with its season this fall. The two other junior leagues, the Western Hockey League and the Ontario Hockey League, both postponed the start of their seasons. They hope to be on the ice in January and February, respectively.

Henman says he and his Armada teammates feel lucky about playing, while others wait at home for their season to start. But it comes at a cost: weeks of isolation during quarantine.

“I want to play hockey and I’m willing to make the sacrifice to do that. So we’re very fortunate that we’re playing,” Henman said.

With all the disruptions this year due to the pandemic, it’s unclear how many games the Armada will end up playing this season. Henman says he and his teammates will cherish every moment on the ice. 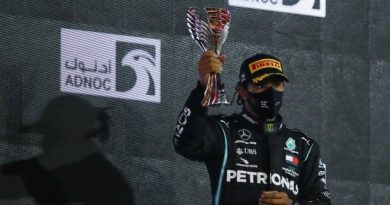