As Natasha Wodak approached her late 30s, it appeared her competitive running career would end one day with a single marathon since she wasn’t prepared to sacrifice her love of road and track racing to attempt another.

But early this year, the Vancouver resident and coach Lynn Kanuka agreed Wodak would return to the marathon in the fall or winter following a seven-year absence after running the 10,000 metres at the Tokyo Olympics.

A marathon quickly became Wodak’s primary focus once the Olympics was postponed and rescheduled to next July due to the coronavirus pandemic, which wiped out other race options for the 2016 Olympian.

On Thursday, Wodak was among 58 women officially named as participants in The Marathon Project, a 42.2-kilometre event on a flat 6.9 km loop course on the streets of Chandler, Ariz.

“Many of my friends and other women are running so fast in the marathon. I’ve been inspired over the past [few] years and I want in on that.”

Encouragement from Olympic-bound Dayna Pidhoresky, the 2019 Canadian marathon women’s champion, gave Wodak confidence she could prepare for a marathon in 12 ½ weeks after The Marathon Project was first announced in September. Wodak began half marathon training in August and transitioned to marathon sessions three weeks ago.

Along the way, she has picked the brains of Canada’s elite female runners, including national record-holder Malindi Elmore, and incorporated their workouts into her program.

You have to want to do it … and in the last seven years I [never] got to that point.— Canada’s Natasha Wodak on the gap between her 1st and 2nd marathon

The Surrey, B.C., native has come a long way since crossing the finish line in two hours 35 minutes 16 seconds — 10th among women — at the Toronto Waterfront Marathon on Oct. 20, 2013.

“I was still learning how to train at a high level [in 2013],” recalled Wodak, who unknowingly ran for a year with a tear in her left groin/pelvic area after the Toronto race. “I found [marathon training] very difficult and I was hesitant to put my body through that again. I was also going through a divorce.

“You have to want to do it … and in the last seven years I [never] got to that point. But I’m enjoying the change in training and it was the motivation I needed during [the pandemic].”

This weekend, Wodak is taking part in the Athletics Canada Relay Challenge, a 42.2 km event as part of the virtual Toronto Waterfront Marathon that was cancelled this year due to COVID-19.

Middleton, a native of Coeur d’Alene, Idaho, holds dual citizenship as her mother was born in Guelph, Ont. She is competing for the first time since setting a 1:11:48 half marathon personal best on Jan. 19 in Houston, where she ran nine days after receiving a cortisone injection for an undiagnosed rotator cuff tear in her left shoulder that led to surgery in late spring.

Each runner must complete at least 5K and confirm their time and distance by uploading and submitting a screen shot from their GPS log.

Quarantine Queens will be challenged by the Rockin’ Rock Ladies, a St. John’s foursome that includes Julia Kawamoto, Jade Roberts, Jennifer Barron and Kate Bazeley, who set a Newfoundland marathon record of 2:36:35 a year ago in Toronto.

Other elite Canadians competing include Matt Hughes, the Canadian record-holder in the men’s 3,000 steeplechase, and Olympic marathoners Krista DuChene and Reid Coolsaet.

“I am definitely nervous,” the 36-year-old told CBC Sports. “I haven’t run against this calibre of a field since [New York]. I am also really excited. I want to see where I am at and what my body is prepared to do.”

Marchant said her left hip, which required surgery in May 2018 to repair a torn labrum, bone spur and nerve impingement, has felt strong in recent training cycles.

The Boulder, Colo.-based runner noted a stress reaction in her right femur (thighbone) late last November/early December was “a blessing in disguise” as it helped Marchant and her support team identify other issues on her right side.

The 2016 Olympian has averaged 115-130 km a week on her training runs since June with a week or two of lower mileage for recovery, Marchant’s longest stretch of consistent mileage “in years.”

While building for the Michigan event, she also helped training partner Adriana Nelson prepare for the world half marathon championships on Saturday in Poland.

WATCH | Lanni Marchant works her way back to racing form: 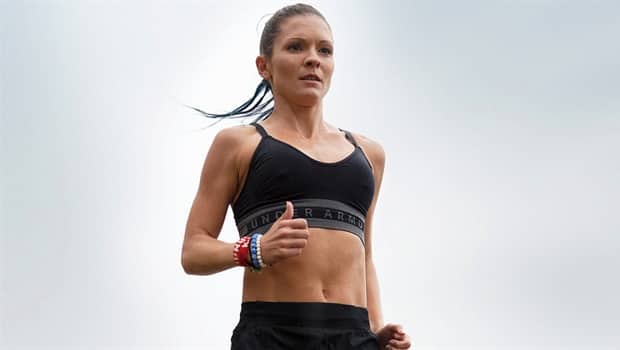 After recovering from a potentially career-ending injury, Lanni Marchant is preparing for her first race post-op. 3:06