The United States will play for gold at the world junior hockey championship after beating Finland 4-3 on Monday in the tournament semifinals.

Arthur Kaliyev broke a 3-3 deadlock with 1:16 to go with a snap shot from the slot to advance the Americans into the gold-medal game against Canada.

Alex Turcotte, John Farinacci and Matthew Boldy also scored for the Americans, who have won gold four previous times including their last one in 2017.

Kasper Simontaival had a pair of goals and Roni Hirvonen also found the back of the net for Finland, which will face Russia for bronze. 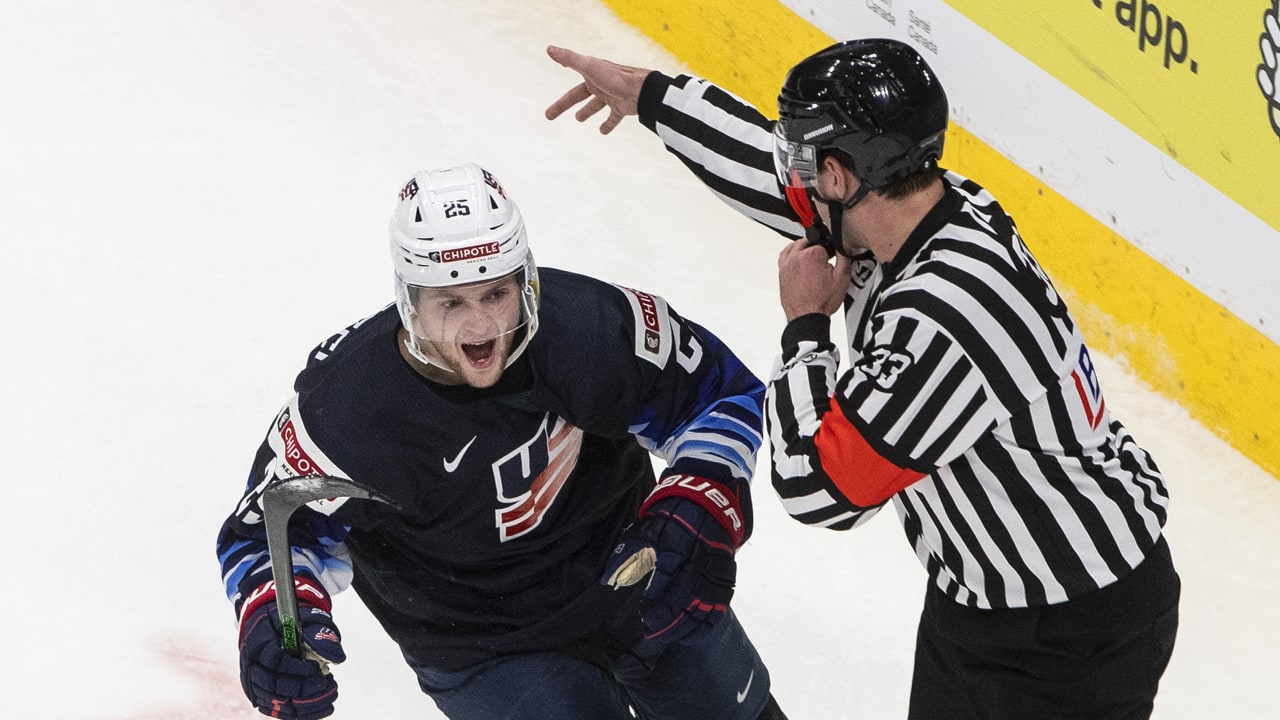 Arthur Kaliyev’s goal with 1:16 to play in the third period gave the United States a 4-3 win over Finland in the world juniors semifinal. 0:26

Spencer Knight, one of eight returning players for a U.S., team that finished sixth last year following a quarterfinal loss against Finland, stopped 33-of-36 shots. Kari Piiroinen made 21 saves for the Finns.

Turcotte held off a Finnish defender to swipe home a bouncing puck from the top of the crease to open the scoring at 12:39 of the first period.

The Finns responded quickly on a power play, with Simontaival finishing off a one-touch pass from Kasper Puutio on a set play at 14:06 to even the score.

Knight stopped 18-of-19 shots through 40 minutes, and was rewarded by his teammates when the U.S. struck twice in a 1:07 span of the second period to take a two-goal lead into the third frame.

Jackson LaCombe caught Finland making a change and sprung Farinacci on a breakaway with a slick pass up the middle from his own zone, with the American forward snapping the puck past Piiroinen at 15:53 of the second.

Then while on a man advantage, Boldy tipped in a perfect snap pass from Trevor Zegras at the side of the net to make it 3-1 with three minutes to go in the period.

Zegras’ assist gives him 16 points in six games and ties him with Jeremy Roenick (1989) for the second highest single tournament point total in American history. Doug Weight set the record with 19 points in 1991.

Simontaival brought Finland back within one midway through the third when he took a pass on his forehand in the slot and snapped it glove side on Knight, and Hirvonen supplied the game-tying goal off a rebound in front on a power play with 3:43 remaining.