Tessa Virtue doesn’t feel the same sense of exhilaration or rush of adrenaline as she did standing at centre ice after a gold-medal performance.

At least not on that scale or of that magnitude. And that’s okay.

“There are so many things that are making me really content and joyful that were just impossible to experience as an athlete in training,” Virtue said. “So, there’s sort of something offsetting that where I might not be getting that adrenaline rush, there’s so much that I feel passionate about and new goals that I’m striving for, which is both scary and exhilarating.”

Virtue and Scott Moir were among the 114 athletes, artists, scholars and community leaders named to the Order of Canada on Friday. They’re the most decorated ice dancers in history, capturing five Olympic medals, including a pair of ice dance gold in 2010 and 2018.

WATCH | A look back at the final Olympics for Virtue, Moir:

A look back on the final Olympic Games for Canadian figure skating legends Tessa Virtue and Scott Moir. 5:46

Virtue is swamped with school work these days as part of Queen’s University’s Executive MBA program, one of the new pursuits pushing her out of her comfort zone.

She’s typed out frantic text messages to retired Paralympic swimmer Ben Huot — who graduated from the same program — saying, “Have I made a mistake? What am I doing?” she laughed. “[Huot] has been so wonderfully supportive.

“But I am so happy I did it. And it’s an extraordinary cohort, everyone is so impressive and has accomplished such wonderful things and in such diverse spheres, and so the conversations are so exhilarating, and especially right now, I’m so grateful to have the chance to sort of expand my mind.”

Virtue spent the first few months of the pandemic living in North Vancouver, B.C., with boyfriend and Toronto Maple Leafs defenceman Morgan Rielly. The power couple joined Arkells frontman on an Instagram live stream back in March. They appeared virtually on the Great Kitchen Party: Home Edition a month later.

The couple is back living in Toronto now, and recently purchased a puppy they named Zoe.

Virtue and Moir’s captivating free dance to music from Moulin Rouge in Pyeongchang will endure as one of the greatest Olympic figure skating performances ever. Just one of the numerous YouTube streams has over 1.3 million views.

But Virtue has barely watched it.

“I’ve seen parts of it here and there. And I love the feeling that it evokes in me,” she said. “I’m still so proud of that moment of course. But I can’t decide if it feels like it was yesterday or honestly if I feel just a few lifetimes away from it. So, it’s like that disconnect, right, where I kind of hold onto the feeling that we had when the program ended.

“And when we reflect together, so much of our sporting life just seems so fresh that I’m sure there hasn’t been enough time for perspective, right?”

WATCH | Roxanne: Behind the scenes of Virtue and Moir’s Olympic journey: 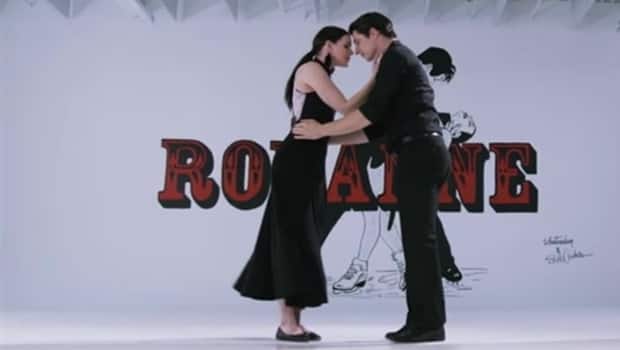 Go behind the scenes as Tessa Virtue and Scott Moir developed their 2018 Olympic gold-medal winning free dance, set to the music of ‘El Tango de Roxanne’ from the film Moulin Rouge! 24:31

Virtue and Moir, from Ilderton, Ont., competed for two decades. Earning Order of Canada honours, she said, was an honour that had her reflecting on their early days.

“This is not something we would have ever known to even dream for. We weren’t seven and nine [years old] cruising around the ice together talking about this, it seemed unfathomable,” she said. “And yet, we watched so many of our friends and peers along the way receive this incredible honour. I just feel humbled, and just so, so honoured.”

Virtue talked by telephone Sunday before appearing virtually on Hayley Wickenheiser’s WickFest: Female Hockey Festival calling a few minutes early to ensure she wouldn’t have to duck out too soon.

Olympic athletes, both active and retired, have been front and centre in the battle against the global pandemic. Wickenheiser, of course, teamed up with actor Ryan Reynolds and others for “Conquer COVID-19,” an initiative that delivered much-needed personal protective equipment to hospitals. Numerous other athletes have hosted virtual practices, information sessions, etc. for Canadian kids.

“It can be underestimated, I guess, what that kind of mentorship or connection with an athlete does,” Virtue said. “I think about those kids watching the next Olympics and how invested they’ll be and it’s pretty neat to share that.”

WATCH | Virtue and Moir move on after 22 years of ice dancing: 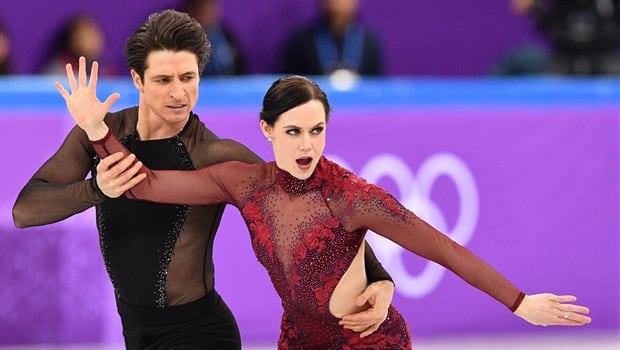 The international figure skating schedule has been a bust since last March when COVID-19 forced cancellation of the world championships in Montreal.

Keegan Messing is the only Canadian to have competed so far this season (Skate America). Skate Canada International was scrapped, and if Stockholm, Sweden does manage to host the world championships in March – organizers want to host it in a “bubble” – there’s no guarantee Canada will even go because of lack of preparation, quarantine restrictions, etc.

“I think there’s a caveat to everything in that it offers great perspective. You realize just how seemingly insignificant ice dance can be or skating,” Virtue said. “But at the same time, in their relative spheres, and as far as their goals and pursuits go, it’s huge to miss out on one competition, let alone a season.

“I think just changing that benchmark of knowing when to prepare for something, how a peak, how to maximize your time, the unknown, the uncertainty, like so many people are facing, must be really challenging. And my heart goes out to [the skaters].”

Sergio Garcia, 2017 Masters champion, out of this week’s tourney with coronavirus