Having an all-Canadian division as part of its return-to-play strategy is one option being considered by the NHL, but experts say the league will probably still need to use hub cities to host games.

Deputy NHL commissioner Bill Daly told ESPN that the continued closure of the border between Canada and the U.S. due to the COVID-19 pandemic is a major factor impacting how the league will operate in the upcoming season.

“One possibility is to create a competition within the league among the Canadian clubs,” Daly said.

Earl Brown, a professor emeritus in biochemistry, microbiology and immunology at the University of Ottawa, said health officials are still battling to control the rising number of cases on both sides of the border.

“Given that there’s a resurgence of COVID … I think you are going to have to have the bubble concept going again,” Brown said.

“It becomes a possibility [for teams] to move from city to city, but it does create a lot of demand on NHL owners and franchises.”

The NHL had zero cases in the bubble during the 2020 Stanley Cup Playoffs, but what’s next for the league? Andi Petrillo speaks with NHL analyst Dave Poulin. 6:03

Moshe Lander, a senior lecturer in the economics of sports, gaming and gambling at Concordia University, said both the NHL and NBA held successful playoffs using bubble cities. Meanwhile both Major League Baseball and the NFL followed a traditional scheduling format and were forced to reschedule games due to COVID outbreaks on teams.

“The fact is the NHL and the NBA have shown that putting people in one location, no travel, is effective,” Lander said. “Allowing players to move about is not effective. Once you start allowing people to escape a bubble, you’re inviting disruption.”

The NHL used bubbles in Toronto and Edmonton for its Stanley Cup playoffs. Players and support staff from the 24 teams were only allowed access to their hotel and the arena.

Over the 65 days of the playoffs,1,452 league and club personnel stayed in the bubble secure zones. A total of 33,394 COVID-19 tests were administered with zero positive results.

NHL commissioner Gary Bettman has said the league hopes to begin a new season Jan. 1. The league and the NHL Players’ Association plan to meet soon to discuss a return to play, although there has already been some dialogue between the two sides.

NHLPA executive Don Fehr has already said players will not support the idea of being isolated from their families for an entire season.

Lander said the NHL has a couple of options.

The seven Canadian teams could make up one of four NHL divisions. Each division would have a hub city.

“You come into the bubble for say four weeks, you [play] 14 games, then everybody gets a two-week break,” said Lander.

Two of the divisions could be playing games while players in the other two return home. That would allow for a continuity of games on television.

WATCH | NHL reports no COVID-19 cases after 65 days in bubbles:

The Tampa Bay Lightning took home the Stanley Cup, but the NHL is also celebrating. There wasn’t a single positive COVID-19 test within the league’s bubble, which is being heralded as a win and as a model for sports going forward in the pandemic. 1:59

Brown said the players returning home would probably face some sort of quarantine or testing.

“The bubbles open up, so obviously you’re going to have to have some extra precautions,” he said.

Lander said in Canada, instead of playing all the games in one city, the bubble could be moved, similar to how the NCAA’s March Madness tournament shifts to different cities.

“So, let’s bubble in Vancouver for three weeks, put the seven Canadian teams there,” he said. “They can play like a double round-robin, take two weeks off, then bubble in Edmonton.”

NHL officials have said they must be flexible in their planning. The format used to begin the season might change over time.

With fans not allowed in arenas, it makes no sense for owners to open all 31 buildings. That could change if a vaccine is developed and COVID cases begin to drop.

One scenario then could see a team like Vancouver fly east and play two or three games over a week in Montreal.

Lander said owners will look for a format that mitigates their losses this year. 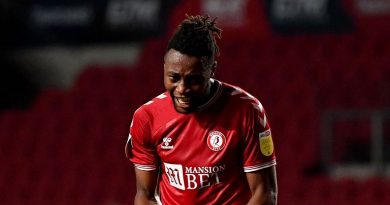