The game, played on a windy night at an empty Estadio Tiburcio Carias Andino, marked the Canadian Premier League champions’ second attempt to qualify for the confederation’s elite club competition. They lost their first shot in a penalty shootout loss to Haiti’s Arcahaie FC last week in the CONCACAF League quarter-final.

Forge has one final chance to qualify when it takes on Toronto FC in the final of the Canadian Championship, slated for the first quarter of 2021.

Marathon proved to be a tough, physical opponent. And Forge’s frustration on the night was summed up in the 85th minute when Bekker, the CPL player of the year, was red-carded for a sliding studs-up tackle on Edwin Solano, who had put Marathon ahead in the 18th minute. 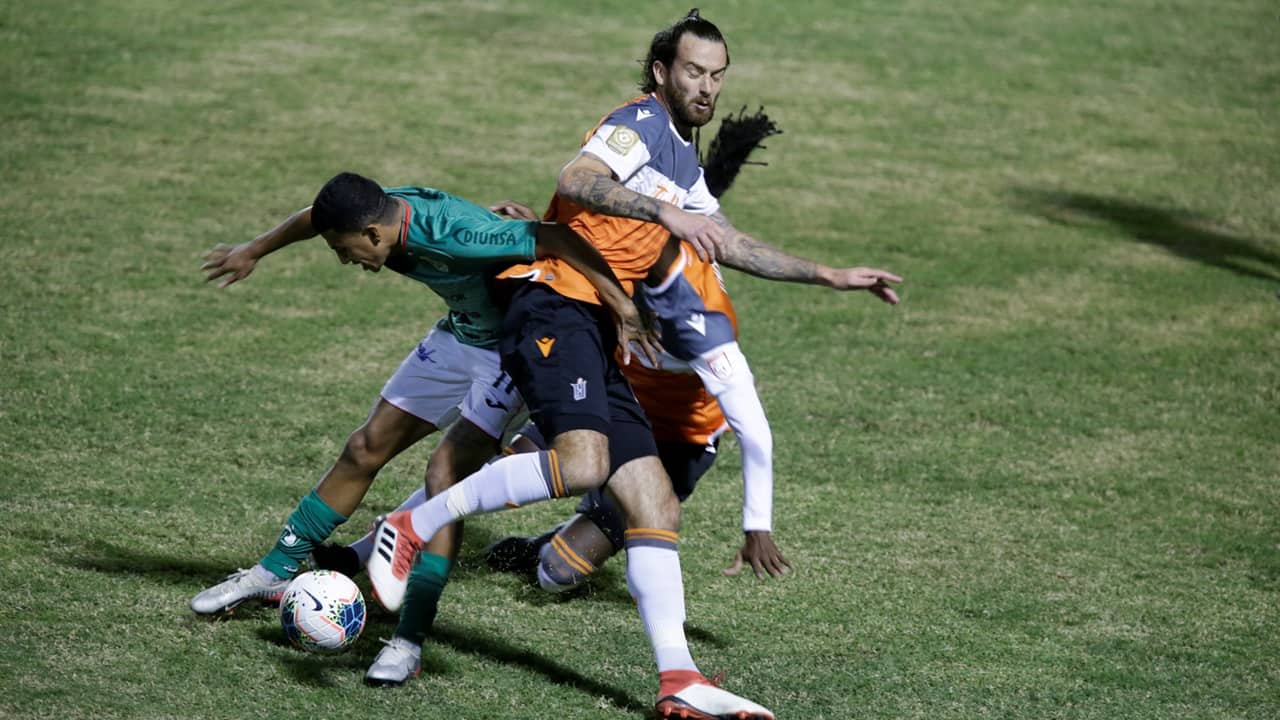 Edwin Solano scored the lone goal in the 18th minute as Hondura’s CD Marathon shutout Forge FC 1-0 to earn a berth in the 2021 CONCACAF Champions League. 1:21

Veteran Forge defender David Edgar, in his last game before retirement, did not mince words at the Hondurans’ tactics in a game that featured 44 fouls pretty evenly spread between the teams.

“You’re saying there’s cheating?” he said when asked about how the game was officiated. “I’m sorry, I’ve held my tongue for 14 years playing down [in)] this part of the world and that’s what it feels like at times.

“Whether we’re naive or nice as Canadians we’re going to have to get used to it. And these boys have learned a lesson because nothing’s given to you down here.

“I’m proud of the way the boys handled it, stuck up for themselves, got stuck in,” he added. “And it was a good old-fashioned ding-dong.”

The 33-year-old from Kitchener, Ont., who won 42 caps for Canada including five as captain, was yellow-carded in the 64th minute after bumping the far smaller Solano, who went down theatrically, after the two tangled going for a ball in the air.

“I think we played a very good game,” he said. “A high-intensity game. A lot of duels. We had our chances.”

Honduras was the fourth stop on Forge’s Central American adventure after El Salvador, Panama and the Dominican Republic.

Marathon, known as the Green Monster for its club colours, moved the ball well and were dangerous on set pieces, thanks to their size and the accurate delivery of captain Allan Banegas.

Forge and Marathon ended up in the play-in game after losing their quarter-finals last week in the CONCACAF League, a 22-team feeder competition that sends six clubs to the Champions League — the winners of the four quarter-finals and two play-in matches.

Honduras’s Olimpia and Costa Rica’s Alajuelense, the other CONCACAF League quarter-final winners, have also qualified for the Champions League. The final CONCACAF League team to advance will be determined Wednesday when Honduran club FC Motagua plays Nicaragua’s Real Esteli in the other play-in match.

Marathon went ahead in the 18th minute on a set piece after Kwame Awuah was penalized outside the Forge penalty box for tugging a Marathon attacker. Banegas’ curling free kick found Mathias Techera, whose header hit the bottom of the goalpost and bounced straight to Solano to knock in through traffic.

Forge, playing with the wind behind its back, brought on Nanco to open the second half and threatened early as Mo Babouli hit the crossbar in the 47th minute after a Bekker corner was headed to the far post.

Smyrniotis made two changes to his starting lineup, inserting Maxim Tissot and Kadell Thomas for Paolo Sabak and Dominic Samuel.

Tuesday was just the fourth game for Forge since Sept 19 when it defeated HFX Wanderers FC to win the Island Games, the CPL’s truncated season. Marathon, meanwhile, topped its group in the Honduran league at 8-3-2.

Forge previously downed El Salvador’s CD Municipal Limeno 2-1 in the preliminary round and Panama’s Tauro FC 2-1 in the round of 16 prior to the loss to Arcahaie.

A Marathon player tested positive for COVID-19 ahead of the game. But other tests among the teams and match officials were negative so the match went ahead.