Loch won for the sixth time in seven races this season, and is now 5-for-5 in full two-run competitions. He extended his lead to 235 points over fellow German Johannes Ludwig in the overall standings with five races remaining. Luge awards 100 standings points for wins, 85 for second place, 70 for third and numbers continue decreasing from there. 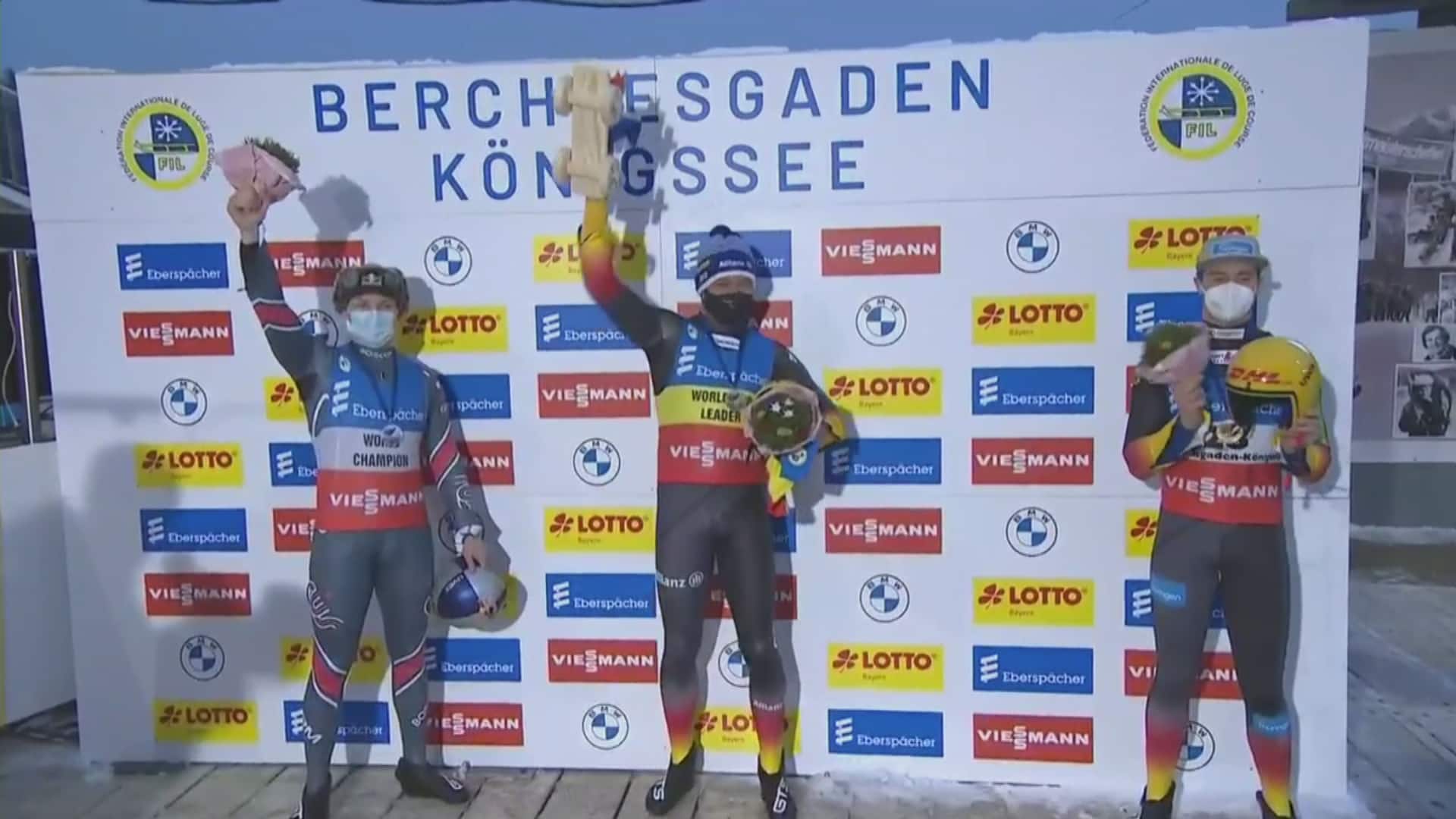 Chris Mazdzer was 15th and Jonny Gustafson took 20th for the U.S., which rejoined the World Cup circuit this week after sitting out the first half of the season because of the coronavirus pandemic and concerns about travel.

While Reid Watts, the lone Canadian in the field, finished 24th.

In the doubles race, Germany’s Toni Eggert and Sascha Benecken won for the third time in seven races this season. Fellow Germans Tobias Wendl and Tobias Arlt were second and the Austrian sled of Thomas Steu and Lorenz Koller took third. Eggert and Benecken extended their lead over Steu and Koller to 39 points in the overall season standings, 440-401 with four races remaining.

Mazdzer and Jayson Terdiman were 13th in the doubles race for the U.S.

The women’s race is Sunday, followed by a team relay.