Novak controlled a fine ball from Dominic Samuel that landed just inside the penalty box and hammered a shot past goalkeeper William Torres. The goal came after some a stretch of pressure from the Canadian side with Mo Babouli tormenting Limeno defenders.

Forge lost fullback Johnny Grant in the 64th minute for a second yellow card in a choppy second half that featured a lot of whistles from Honduran referee Selvin Brown.

Forge will stay in Central America, heading directly to Panama for a Nov. 3 round-of-16 date with Tauro FC.

The 22-team CONCACAF League competition is a feeder tournament, sending the winner and next five best-ranked clubs to the 2021 Scotiabank CONCACAF Champions League.

Thursday’s game marked the first action for Hamilton’s Forge since Sept. 19 when it defeated HFX Wanderers FC in the Island Games final. Municipal Limeno, meanwhile, is two games into its new season and played on the weekend.

The Hamilton side defeated Club Deportivo Municipal Limeño 2-1 in El Salvador on Friday. 1:00

Forge fielded the same starting 11 as in the Canadian Premier League final with the exception of Kadell Thomas coming in for suspended midfielder Kwame Awuah.

Forge had the better start but Limeno, making its CONCACAF League debut, came on as the first half wore on.

Forge’s David Choiniere opened the scoring in the 21st minute, the beneficiary of a marvellous Babouli pass. Choiniere’s run took him between the centre backs before sliding a left footed shot past an onrushing Torres.

Limeno tied it up in the 38th minute through Kevin Oviedo. The Forge defence converged on Harold Alas high in the penalty box and he laid the ball off to an open Oviedo, whose shot overpowered Triston Henry.

There were danger signs in the 15th minute after a giveaway by Forge defender Daniel Krutzen. But Edwin Sanchez couldn’t hit the target, seeming unsure whether to deliver a shot or cross. 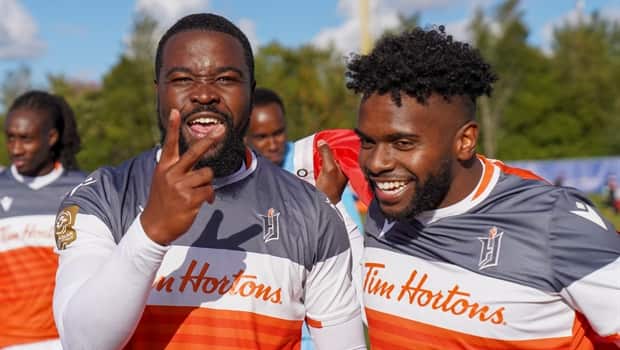 Forge FC takes on HFX Wanderers FC in the championship match at The Island Games in Charlottetown, P.E.I. 2:12:44

At the other end, Thomas was a threat down the left flank.

Henry had to play sweeper in the 20th minute to take care of a through ball that split the defender. Limeno caught Forge napping with a quick free kick in the 28th minute, while Henry was organizing his defensive wall, but the shot was wide.

Limeno had difficulty taking advantage of the man-advantage and had trouble dealing with Babouli’s offensive trickery.

Originally slated to run from July to November, the CONCACAF League was postponed due to the global pandemic. The competition, which kicked off Tuesday, is scheduled to run through Jan. 28.

COVID-19 continues to dog the tournament, however.

Thursday’s match between Costa Rica’s LD Alajuelense and the Dominican’s Cibao FC was postponed pending further testing in the wake of ” inconsistencies which raise the possibility that (pre-game) CONCACAF protocols were not followed.”

There were also positive tests ahead of the preliminary-round match between El Salvador’s CD FAS and Nicaragua’s Managua FC, but not enough to change Tuesday’s kickoff.

Thursday’s game was played at an empty Estadio Cuscatlan, the national stadium in the El Salvador capital rather than at Limeno’s more modest home stadium in Santa Rosa de Lima, some 170 kilometres away.

Preliminary-round and round-of-16 matches are being played as single-game ties at the highest-ranked club’s stadium. All other rounds will be played as home and away ties.

The CPL champions were without defender Klaidi Cela, who tore knee ligaments in the CPL final, and forward Chris Nanco, who suffered a hamstring injury at the Island Games. Nanco could join the team in Panama.

Last year, Forge dispatched Guatemala’s Antigua GFC 2-1 on aggregate in the preliminary round before losing 4-2 on aggregate to Honduras’ Olimpia in the round of 16.