Two-time world bronze medallist Boyang Jin won the free skate on Saturday to defend the men’s title at the Cup of China.

The Chinese skater, who was first after the short program, landed three quadruple jumps to score 186.95 points for a total of 290.89. He skated to “The House of the Rising Sun.”

The Cup of China is the second event of the International Skating Union’s Grand Prix series but has been scaled down due to the coronavirus. 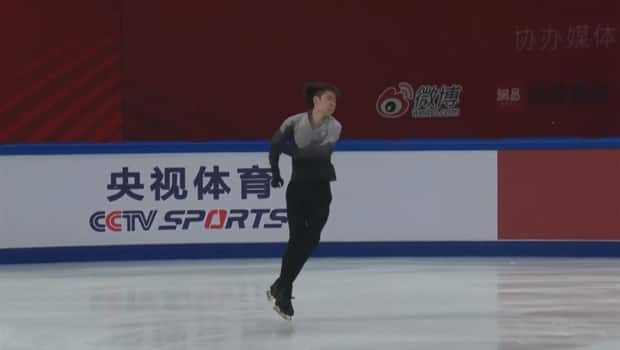 There were no spectators allowed at the Chongqing Huaxi Culture and Sports Center. The competition normally draws skaters from around the world but was limited to domestic athletes because of travel restrictions.

COVID-19 has forced Olympic qualifiers and other major international competitions in China to be cancelled or relocated, but the staging of the ISU event is seen as a sign that things are slowly returning to normal. 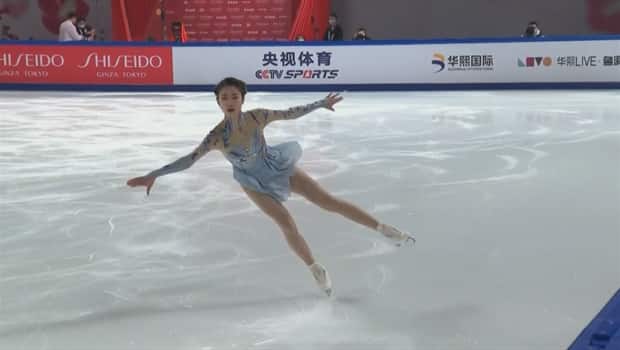 The 18-year-old finished with a total score of 186.53 points, which gave her a 38 point advantage over the second-place finisher. 4:43

With the Beijing Olympics scheduled for February 2022, the Cup of China is being used by the China Skating Association to gauge the progress of some of its most promising skaters.

Chen Hongyi, first after the short program, won the free skate to capture the women’s title with 186.53 points. Li Angel was second with 148.33 and Jin Minzhi took bronze with 135.43.

Wang Shiyue and Liu Xinyu held on to their lead from Friday and placed first in the free dance to win the ice dance event with 206.84 points. Chen Hong and Sun Zhouming were second with 192.26 followed by Ning Wangqi and Wang Chao with 171.90.

The next round of the ISU Grand Prix series is the Rostelecom Cup in Russia from Nov. 20-22.