Prime Minister Justin Trudeau’s attempt to call out the Conservative Party for promoting misinformation about COVID-19 stumbled tonight when PMO staff sent out a draft statement that itself contained misinformation.

Trudeau and Conservative Leader Erin O’Toole had a call scheduled for this evening. The usual practice after these calls is for both parties to put out a statement — a “readout” — describing what was discussed during the call.

Shortly after 4:30 p.m. this evening, the Prime Minister’s Office issued just such a note saying Trudeau “raised concerns around COVID-19 misinformation being promoted by Conservative members of Parliament, given Conservative MPs recently downplayed the deaths of Canadians in Alberta due to COVID-19 and compared COVID-19 to the flu.”

The call with O’Toole was not scheduled to take place until 5:15 p.m.

Peter MacKay’s former director of communications director Michael Diamond saw the message and was quick to retweet out an image of part of the statement with the caption, “Why is the PMO pushing out misinformation? This is very concerning.”

A spokesperson for the PMO told CBC that staff typically draft a readout before the call to act as a placeholder, updating it once the meeting is over.

The spokesperson said a member of the prime minister’s staff accidentally sent out the draft readout early.

Later in the evening, the PMO sent out an edited readout saying the two leaders talked about the issues mentioned in the premature statement. It made no mention of Trudeau chastising O’Toole over misinformation, however.

I was literally just sitting with @erinotoole and can verify he was not on the phone with @JustinTrudeau https://t.co/csT3lMNmK0

After the call, O’Toole’s office put out a statement describing the discussion — which touched on many of the subjects the PMO mentioned in its premature statement earlier in the evening.

O’Toole’s statement also mentioned a call for Trudeau to work harder to counteract China’s recent acts of aggression and the Conservatives’ disappointment with the prime minister’s efforts to date. 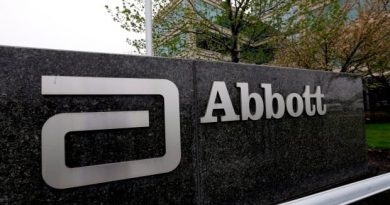