Prime Minister Justin Trudeau said today he will continue to press Canada’s case for the Keystone XL pipeline project with the incoming Biden administration in the U.S., which is poised to rescind the presidential permit allowing cross-border construction tomorrow.

But the prime minister offered few details about his government’s next steps as the two countries start a new phase in their relationship.

“We’ve had a clear and consistent position supporting this project for years. Our government is making sure that Canada’s views are heard and considered by the incoming administration at the highest levels,” he told a news briefing today in front of his home at Rideau Cottage.

WATCH | Trudeau says he will continue to support Keystone XL 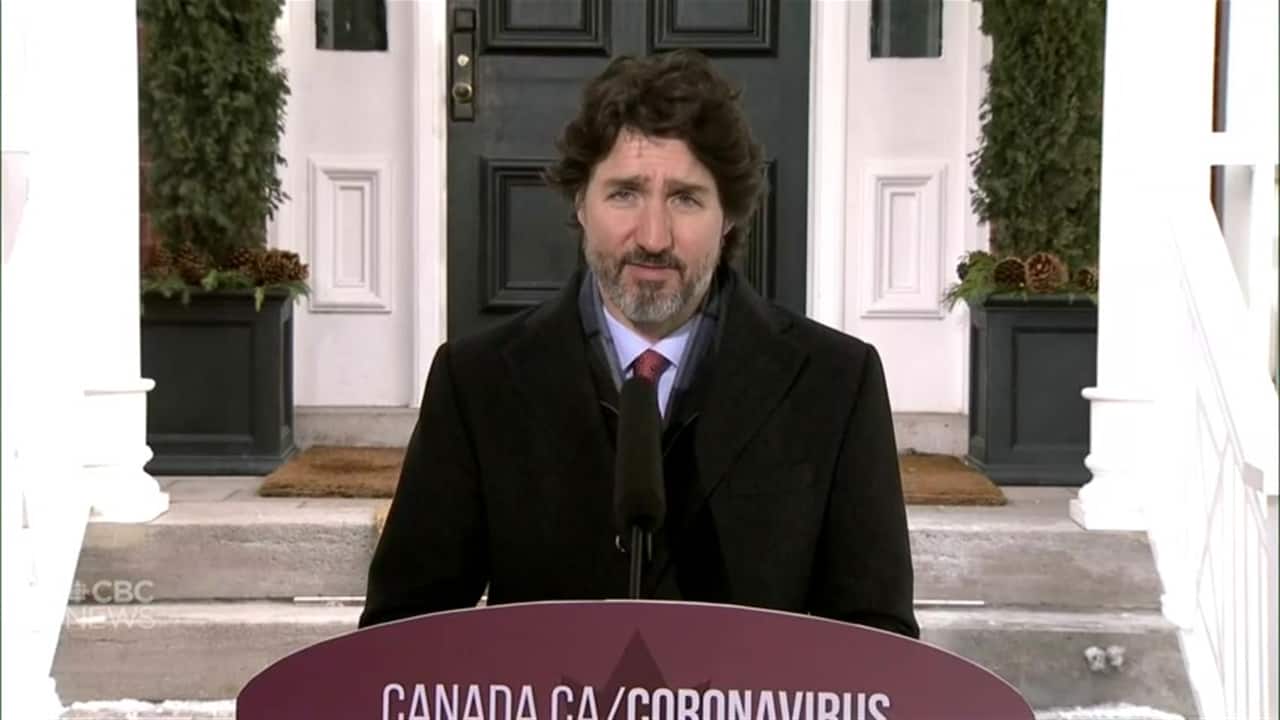 “I’m really looking forward to working closely with the new president and his team to create jobs and build back better together, for us all.”

Reports emerged Sunday that U.S. President-elect Joe Biden has indicated he plans to cancel the Keystone XL pipeline permit through executive action on his first day in office. The on-again, off-again project would have carried more than 800,000 barrels of Alberta oil a day to refineries in Texas.

When asked by reporters if the federal government would support such legal action, Trudeau said he supports the project and he, along with Canadian officials in Washington, will continue to argue Canada’s position.

“We understand, of course, that it is a commitment that the candidate Joe Biden made to cancel this pipeline. At the same time, we continue to demonstrate the leadership Canada has shown in fighting climate change,” he said.

“We’re going to continue to make that case and I look forward to speaking with President Biden in the coming days.”

Trudeau also said he raised the project with Biden when they spoke before Christmas.

Kenney has urged Biden administration officials to immediately meet with Canadian leadership to discuss the project’s future, saying a “retroactive veto” like the one Biden is considering could threaten other critical energy links.

Conservative Leader Erin O’Toole has called on Trudeau to reach out to the incoming U.S. administration to ensure Keystone moves forward.

“Keystone XL is a project of national significance that supports countless workers on both sides of the border,” he said in an email statement.

The leaders of two of the federal opposition parties have welcomed the news.

“I agree with that decision. I do not support the project,” Singh told reporters. “This is the direction that the future requires. We’ve got to fight the climate crisis.”

At a press conference Monday, Green Party Leader Annamie Paul called Biden a “climate warrior” and said that Canada’s leadership is “not serious about tackling the climate emergency.”

‘He had it all’: Former PM Brian Mulroney, political leaders reflect on John Turner’s legacy