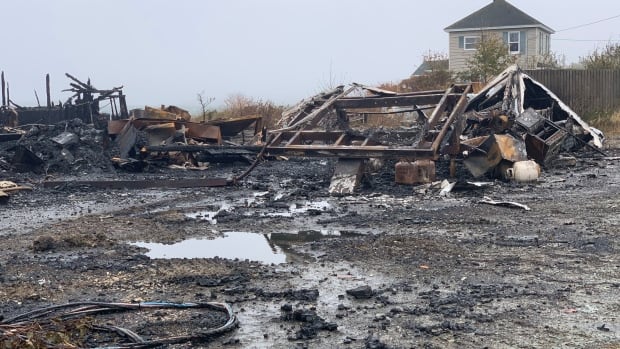 
Four Liberal cabinet ministers called for an emergency debate in the House of Commons after a dispute between commercial fishermen and Mi’kmaw fishers in southwest Nova Scotia turned increasingly violent last week.

“We share the concerns of Canadians across the country and are deeply appalled by the recent events in Nova Scotia. We strongly condemn the acts of violence, racism and threats,” Fisheries Minister Bernadette Jordan, Crown-Indigenous Relations Minister Carolyn Bennett, Indigenous Services Minister Marc Miller and Public Safety Minister Bill Blair wrote in a Sunday letter to House Speaker Anthony Rota, who will decide whether the matter proceeds to a debate.

We condemn the acts of violence in Nova Scotia. This is an important issue that needs to be debated in the House. We request an emergency debate to allow parliamentarians the opportunity to discuss & address implementing the Mi’kmaq Treaty Right. pic.twitter.com/3K3oZYAuVH

The letter from the Liberal cabinet ministers follows one from NDP MP Gord Johns earlier on Sunday. “Sadly, insufficient action has been taken by the federal government to ensure the safety of this community and its fishers, nor to deal with the underlying legal and constitutional issues which are its root cause,” the B.C. MP wrote in his letter.

Commercial fishermen in Nova Scotia have been protesting a “moderate livelihood” fishery that was launched by Sipekne’katik First Nation last month.  The fishery is operating outside the federally mandated commercial season, causing many to worry about its impact on lobster conservation.

But the Mi’kmaw say they are exercising their treaty right to earn a moderate livelihood from fishing, a right affirmed by a 1999 Supreme Court ruling. The court later said Ottawa could regulate the Mi’kmaw fishery but must justify any restrictions it placed on it.

Successive federal governments have also failed to define what is meant by a “moderate livelihood.”

New Democrats will call for an Emergency Debate in Parliament on #MikmaqRights.

The Mi’kmaq people have been terrorized.

Johns said the situation had “escalated dramatically” since Parliament, which returns Monday, last met on Oct. 9.

In that time, two lobster facilities in southwest Nova Scotia were targeted and vandalized by commercial fishermen. One of the facilities, located in Middle West Pubnico, N.S., was destroyed in a Saturday blaze RCMP have deemed suspicious.

A Digby County, N.S., man has also been charged and arrested in relation to an assault on Sipekne’katik First Nation Chief Mike Sack.

Ottawa criticized from all sides

The federal government has faced criticism for its handling of the dispute from the Mi’kmaw community, commercial fishermen groups and other politicians.

Nova Scotia Premier Stephen McNeil has implored the Department of Fisheries and Oceans (DFO) to clarify what constitutes legal harvesting under a moderate livelihood fishery.

I‘m deeply concerned about the acts of intimidation & violence that have taken place in southwest NS. We will ensure law enforcement has the necessary resources to keep people safe, but we need calmer heads & respect for the law & each other to prevail at this difficult time. 1/4

Conservative Leader Erin O’Toole also laid blame on the department, criticizing Jordan on Saturday for failing to include commercial harvesters in federal-level discussions.

Jordan told CBC News Thursday she is in negotiations with the Sipekne’katik First Nation and that her department speaks to commercial harvesters “on a regular basis”.

Her office said that DFO is not approaching current negotiations with an intent to define “moderate livelihood” and that questions about clarifying the term are still to be discussed.

Indigenous Services Minister Mark Miller said Saturday that nation-to-nation conversations are taking place out of the public eye and added that talks with commercial fishermen will need to happen in a separate forum.

Chief Sack, meanwhile, has called on Prime Minister Justin Trudeau and the RCMP to better protect the Mi’kmaw community as it faces increasing intimidation and find those responsible for the violence.

On Saturday, Blair agreed to a request from Nova Scotia’s attorney-general to boost the RCMP’s presence in the region.

“While I believe some of the damage, destruction, racist behaviour, harassment and intimidation could have been addressed much earlier as we had repeatedly requested a greater police presence to protect our people and operations, we remain thankful for any and all support we receive,” Chief Sack said in response.