Three Mi’kmaw parliamentarians are proposing a new approach to the conflict over the lobster fishery in Atlantic Canada that would bypass the system in use at Fisheries and Oceans Canada.

They say the authority would allow First Nations on the East Coast to work directly with the Crown to set up new fisheries, instead of dealing with the Department of Fisheries and Oceans on a band-by-band basis.

“It’s a partnership approach rather than a paternal approach,” Battiste told CBC News.

“That’s what reconciliation is about. It’s about moving forward together, hearing each other and figuring out how we can best find win-win, collaborative approaches to solving difficult situations.”

Their suggestions come after Sipekne’katik First Nation launched its own Mi’kmaw-regulated, rights-based lobster fishery in St. Marys Bay, about 250 kilometres west of Halifax. It’s believed to be the first of its kind in Nova Scotia.

“I just hope that we get this resolved and underway and we can mend the bridge that’s there with the commercial fishermen … in the area,” said Sipekne’katik Chief Mike Sack, who welcomed the suggestions from parliamentarians.

“Hopefully, they know where we’re coming from. We’re not here to interfere, we’re just here to make our presence and have a better life.”

Battiste, Francis and Christmas call their idea to resolve the dispute a “fresh approach to implementing the Marshall decision” — a 1999 Supreme Court of Canada ruling in the case of Donald Marshall Jr.

That landmark decision affirmed the right of the Mi’kmaq to earn a “moderate livelihood” from fishing but did not explain how that fishery would work. The high court later said the federal government could regulate that fishery and must justify any restrictions it placed on it.

“If the current system was fine, Mi’kmaw communities wouldn’t be in poverty,” Battiste said.

“If the current system was fine, we probably wouldn’t have the violent clashes we were having on the water. We need someone to encourage dialogue and create incentives for dialogue.”

Quotas may be needed

The parliamentarians acknowledge some Mi’kmaw and Maliseet communities may still prefer to assert their fishing rights on their own.

Although they say that approach is understandable, they warn it could lead to hostilities and government intervention. They say Ottawa may need to explore the possibility of implementing a catch quota for all fisheries.

“If the overall concern is conservation and the safety of industry and people are willing to take vigilante justice on this, then we have to do something, as a government, to keep people safe,” Battiste said.

“While it’s not our first option in this … we need people to know that this is something that we may need to explore.”

The model that the parliamentarians are suggesting is based on the educational sectorial self-government agreement of Mi’kmaw Kina’matnewey, which Battiste helped develop.

The parliamentarians say their proposal would be optional for First Nations, so financial incentives might be required to encourage them to participate.

The mandate of a First Nations fisheries authority wouldn’t include defining a “moderate livelihood,” said Battiste, who added it’s up to communities themselves to come up with a plan.

A spokesperson for Fisheries and Oceans Canada said it’s not the federal government’s task to define what a “moderate livelihood” is either, adding that the department works with communities individually to establish their own fisheries.

Robert Thibault, a former fisheries minister under Jean Chretien’s government, dealt with the initial federal response to the Marshall decision. He said the department’s one-on-one approach is a roundabout way of defining the limits of First Nations fisheries.

Thibault said the federal government needs to bring all sides together to sort out the issue.

“It’s not as easy as one might think,” he said. “What might be ‘moderate’ to me might not be the same definition to you, to the commercial fishermen or to the [Indigenous] fishermen.”

Thibault said there’s a lot at stake and the federal government needs to strike a balance between exercising Indigenous rights and ensuring the commercial fishery can operate at a profit.

“There’s a risk of the federal government losing its capacity to effectively manage the fishery,” he said.

Critics say the existing approach by Fisheries and Oceans Canada is problematic because it can lead some communities to feel they got a better deal than others did — and it doesn’t settle the longstanding question of what “moderate livelihood” means.

John Paul, executive director of the Atlantic Policy Congress of First Nation Chiefs Secretariat, said he welcomes the idea of a new fisheries authority because the status quo isn’t effective.

“This void of dealing with the issues versus defining what moderate livelihood seems to be an issue of avoidance, basically,” he said.

“The rigid mandate and negotiating approach of the government has not been helpful in actually trying to find a solution to this very complex problem.” 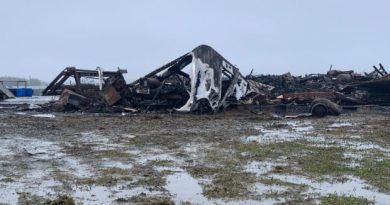